Christian Petersen
<p><span style="color: rgb(26, 26, 26); font-family: "Helvetica Neue", Helvetica, Arial, sans-serif;">Wide receiver John Brown #12 of the Arizona Cardinals on the sidelines during the NFL game against the Green Bay Packers at the University of Phoenix Stadium on December 27, 2015 in Glendale, Arizona. (Getty Images)</span></p>

Former Arizona Cardinals wide receiver John Brown was critical of the way he was treated by the team in a social media post Tuesday.

"They didn't believe me when I told them how I was treated in Arizona but god told me to shut up and just do you - he's a powerful man," Brown posted on his Facebook page Tuesday.

Brown later replied to a fan who said the Cardinals "did everything they could for him."

"Fans always think they know what the hell happened," Brown tweeted. "Outside looking in."

Later, when a fan accused Brown of taking "petty shots" at the Cardinals, Brown tweeted, "Ain’t no petty shots part of my story get it right."

"Just thankful for another chance to show my talent that’s all," Brown said in another tweet. 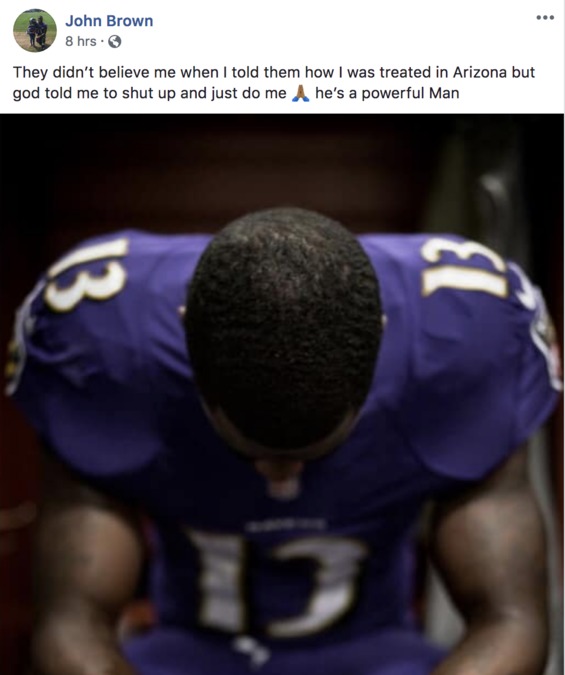 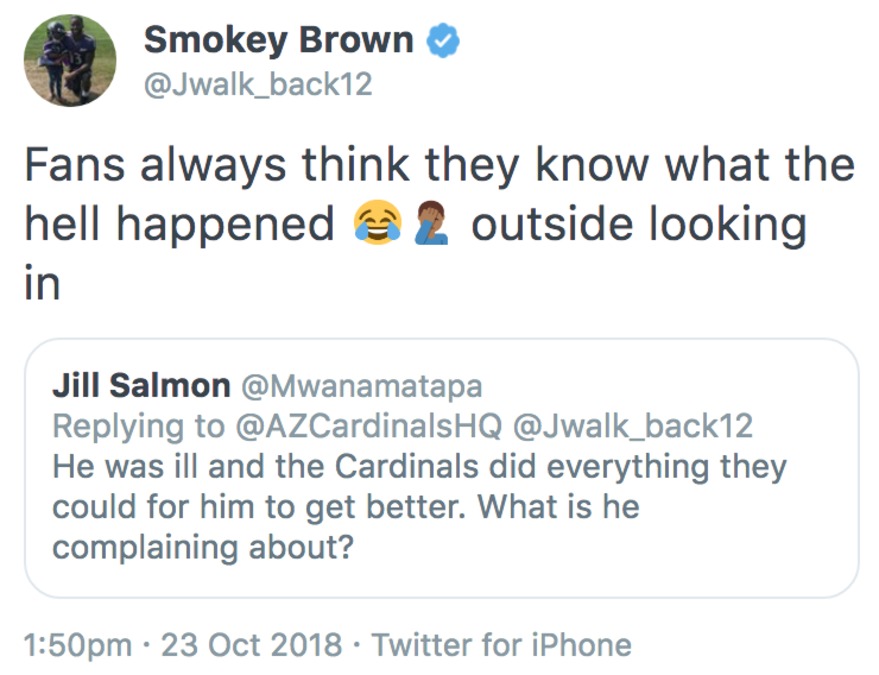 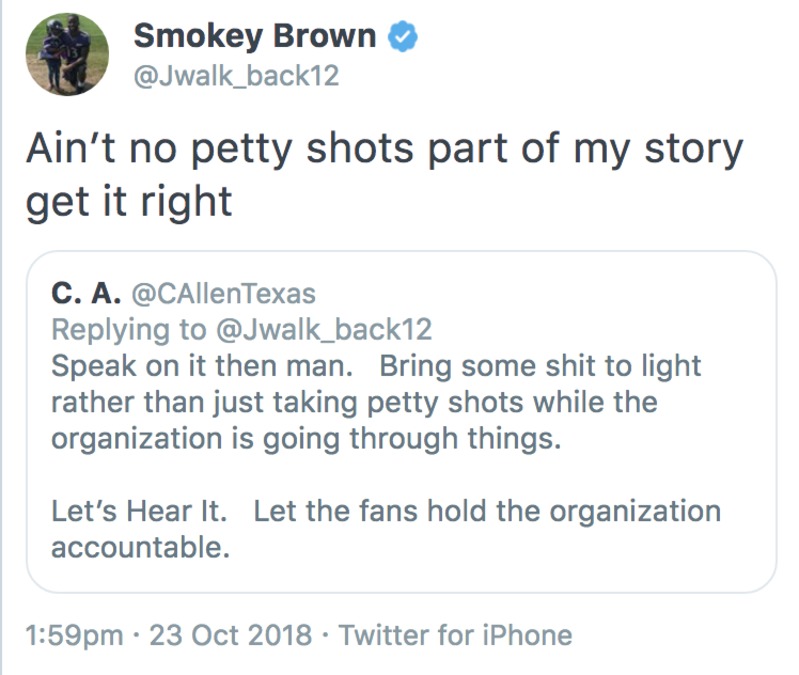 The 28-year-old Brown was selected by the Cardinals in the third round of the 2014 NFL Draft. He had a 1,000-yard season in 2015 but missed significant playing time in 2016 and '17 as he battled injuries and illness, including sickle cell trait.

Brown signed with the Baltimore Ravens as a free agent before the 2018 season and has experienced a career resurgence: His 558 receiving yards this season are 15th among all NFL receivers and more than any Cardinals receiver has amassed this season. Brown also has four touchdowns this season; no Cardinals player has more than one.