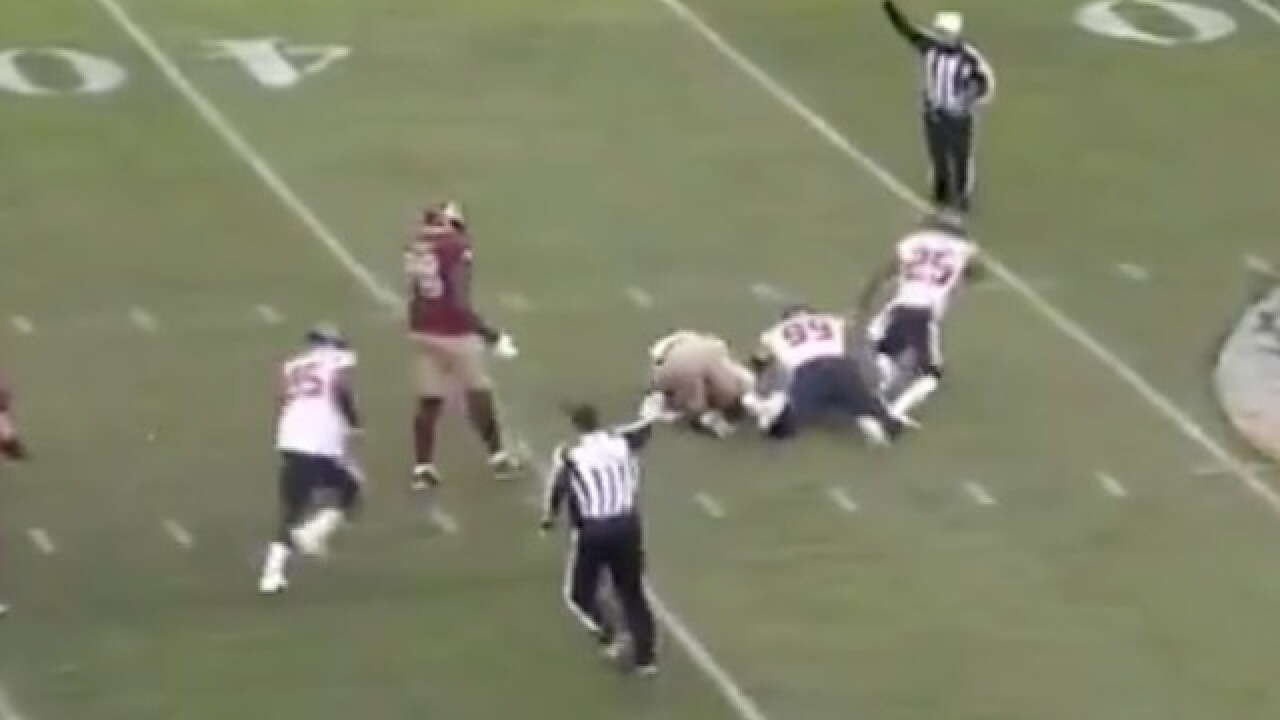 Washington Redskins quarterback Alex Smith was carted off the field in the third quarter of the Redskins' game vs. the Houston Texans on Sunday after suffering a horrific-looking injury to his right leg.

The injury occurred when Smith was sacked by a pair of Texans defenders. He had an Aircast placed on his leg and was taken off the field on a cart. After the game, Redskins coach Jay Gruden said Smith suffered a broken tibia and fibula and will undergo surgery.

Warning: Some might find this video tough to watch.

#Redskins QB Alex Smith carted off the field with what looks to be a serious leg injury. @wusa9 @WUSA9sports pic.twitter.com/cbCTTgiNoK

Smith is in his first season with the Redskins and helped guide them to a 6-3 record, good for first place in the NFC East division. He spent his previous five seasons with the Kansas City Chiefs.

Patrick Mahomes, who replaced Smith as the Chiefs' starting quarterback, sent out well wishes to Smith following the injury.

Prayers for my guy man! You will bounce back!

I feel so bad for him.