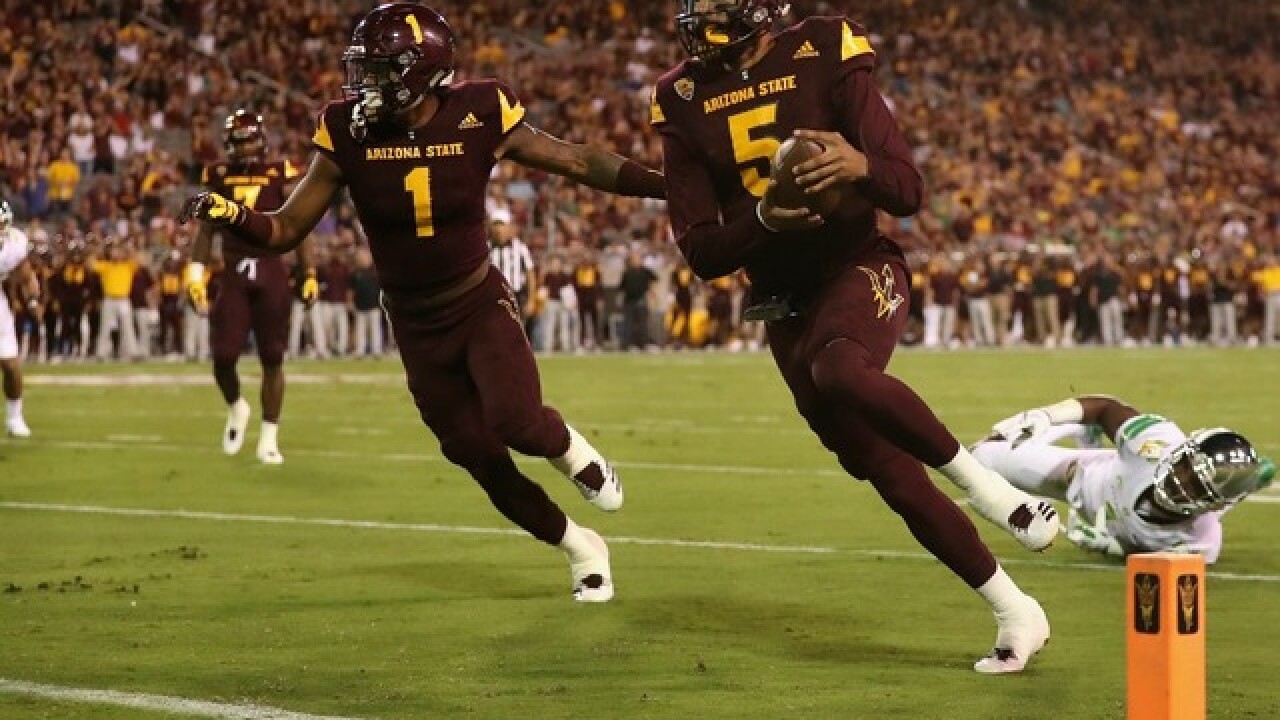 Copyright 2018 Scripps Media, Inc. All rights reserved. This material may not be published, broadcast, rewritten, or redistributed.
Christian Petersen
<p>Quarterback Manny Wilkins #5 of the Arizona State Sun Devils scores an eight yard rushing touchdown against the Oregon Ducks during the first half of the college football game at Sun Devil Stadium on September 23, 2017 in Tempe, Arizona. (Getty Images)</p> 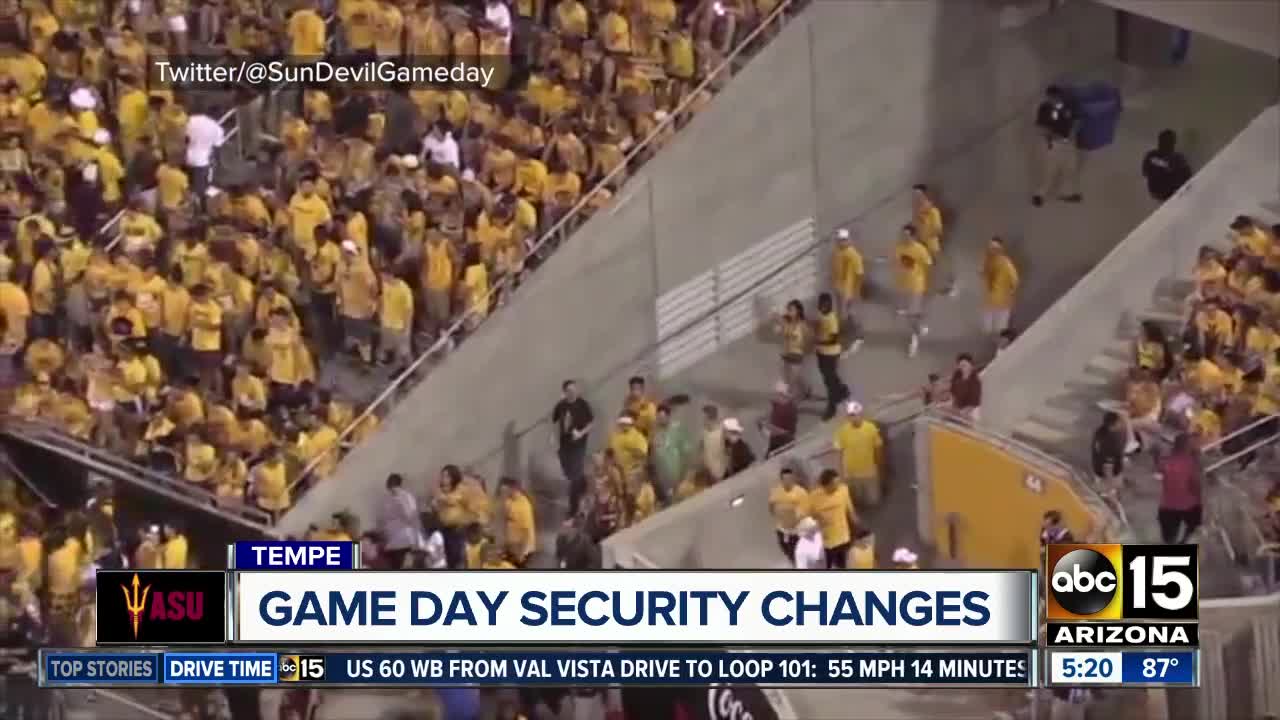 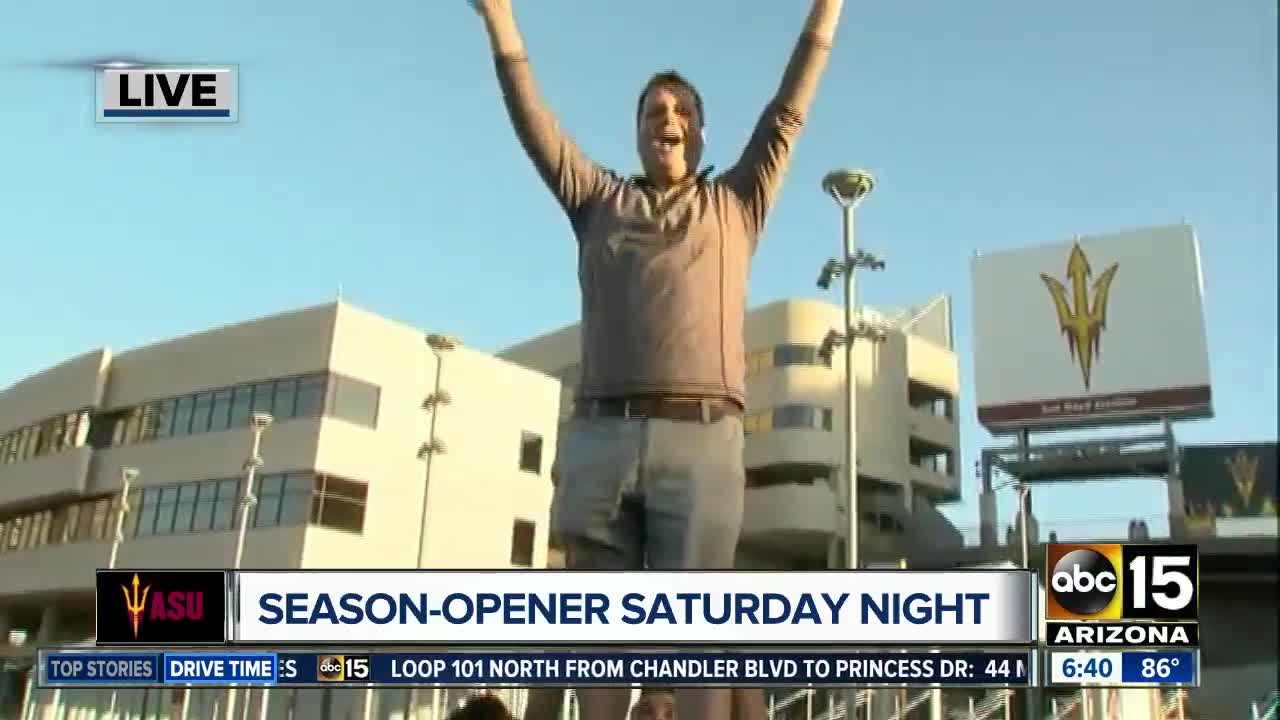 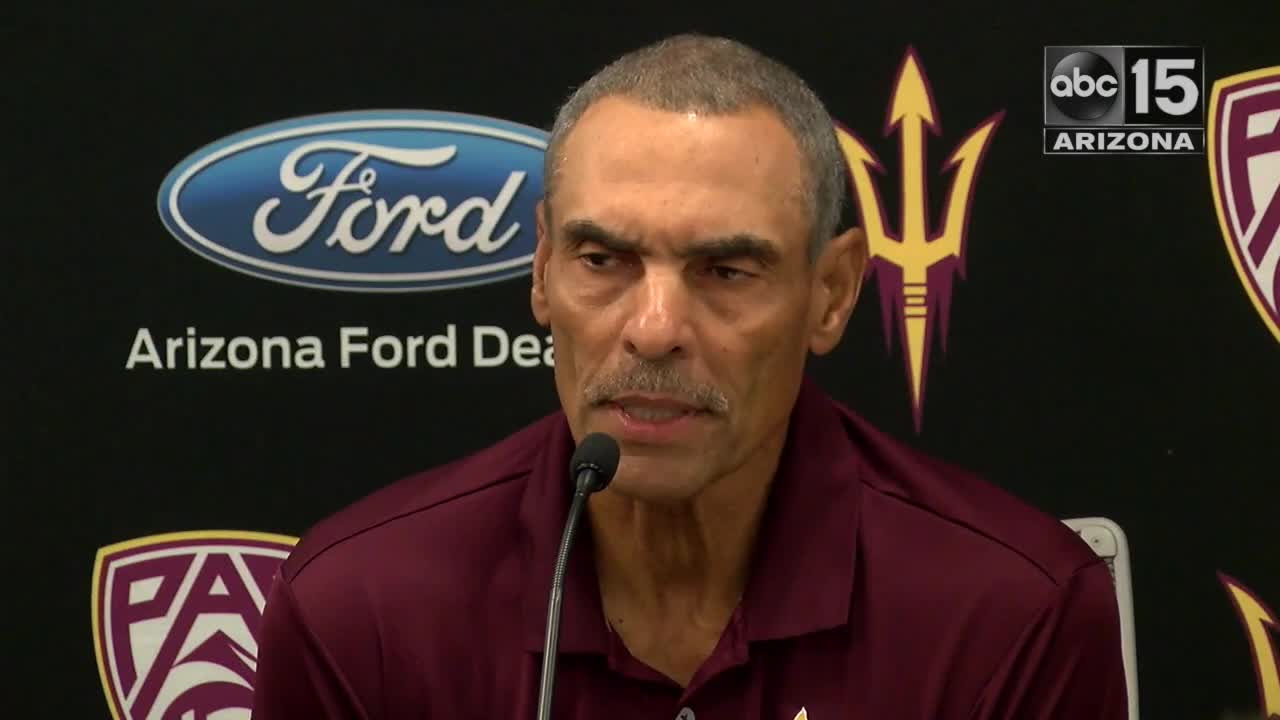 Under the guidance of first-year coach Herm Edwards, the Sun Devils will kick off their 2018 season Saturday night when they host the UTSA Roadrunners. The Devils' schedule is grueling, and it includes four games against teams currently ranked in the AP top 15.

Most experts and oddsmakers have ASU finishing toward the bottom of the Pac-12 in 2018. But can Edwards & Co. defy expectations? Here are a pair of predictions from the ABC15 sports team.

There’s certainly been plenty of scrutiny heading into the 2018 season, and it all started last winter when ASU athletic director Ray Anderson introduced Herm Edwards as the new football coach and outlined a new leadership model at the same news conference.

The biggest upside so far has been the positive reception Edwards has received in Tempe. One former coach told me this a few weeks ago, “He’s brought life back into the facility.” Enough said! Yes, Edwards is exactly what the Sun Devils need right now!

With that said, we’re now heading into the season and this may be a tough one for the new head coach. Not because he’s green, but because the schedule is daunting.

Outside of Craig Fouhy (see above), the hire of Herm Edwards has been panned throughout the local and national media. It's easy to understand why: Edwards has been out of coaching for a decade and has never been a head coach in college football. But to his credit, Edwards has pieced together a decent coaching staff and is already proven himself to be a worthy recruiter.

The big test for Edwards, of course, begins Saturday -- and even though the Devils have been picked to finish last in the Pac-12 South, there is reason for optimism. Senior quarterback Manny Wilkins is an outstanding game manager who makes few mistakes. N'Keal Harry might be the best wide receiver in the country. Tailback Eno Benjamin looks poised to fill in nicely for the departed duo of Kalen Ballage and Demario Richard.

The big question for ASU comes on defense. The Devils were an average defensive unit last season and lost a number of their top guys to graduation or the NFL draft. In particular, ASU seems likely to struggle to put pressure on opposing quarterbacks -- and the Devils will face a lot of highly talented QBs this season.

ASU won't be as bad as many predict, and I think Edwards will lead the Devils to a bowl game in his first season. But don't expect too much from Herm's guys in Year One.