Predictions for Cavs vs. Warriors in Game 2 of the 2018 NBA Finals 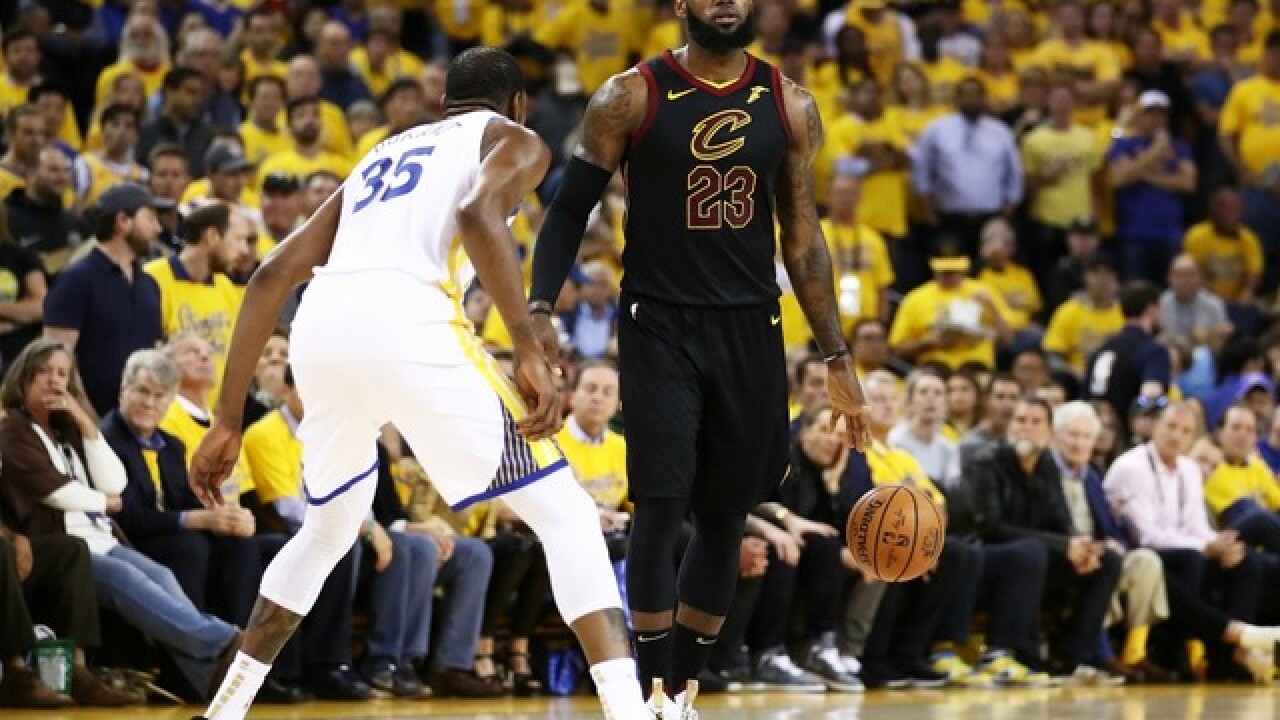 Copyright 2018 Scripps Media, Inc. All rights reserved. This material may not be published, broadcast, rewritten, or redistributed.
Ezra Shaw
<p>LeBron James #23 of the Cleveland Cavaliers controls the ball against Kevin Durant #35 of the Golden State Warriors in Game 1 of the 2018 NBA Finals at ORACLE Arena on May 31, 2018 in Oakland, California. (Getty Images)</p>

The Golden State Warriors survived an otherworldly performance from LeBron James -- and received some unlikely help from LeBron's teammate -- in their overtime victory over the visiting Cleveland Cavaliers in Game 1 of the NBA Finals.

Will LeBron and the Cavs pull even in Game 2, or will the Warriors jump out to a 2-0 lead in their best-of-seven series? Here are a pair of predictions for Sunday's game, which will begin at 5 p.m. Arizona time on ABC15.

Three things that will not happen Sunday night in Oakland: LeBron James will not score over 50 points... Kevin Durant will not finish 1 for 7 from 3-point range… and the Cavaliers will not bounce back from one of the most crushing losses in franchise history.

Let’s face it: Other than a bonehead play, a controversial foul call and a missed free throw -- everything went right for Cleveland in Game 1. LeBron was nearly perfect. It was the best Finals performance of his career.

I don’t see the stars aligning for Cleveland again in Game 2 -- and even if they do, I say the Warriors again find a way to win.

Before the series began, I predicted the Warriors would sweep the Cavaliers. I'm sticking by that prediction, as Golden State took LeBron's best shot in Game 1 and managed, albeit with some luck, to come out on top.

The Warriors won't get caught flat-footed again. Kevin Durant struggled in Game 1, but there's a good chance he'll look more like last season's NBA Finals MVP in Game 2. Also, don't expect the Warriors to get out-rebounded by a 53-38 margin for a second time. Look for Sunday night's matchup to look more like most experts thought this series would go from the start.