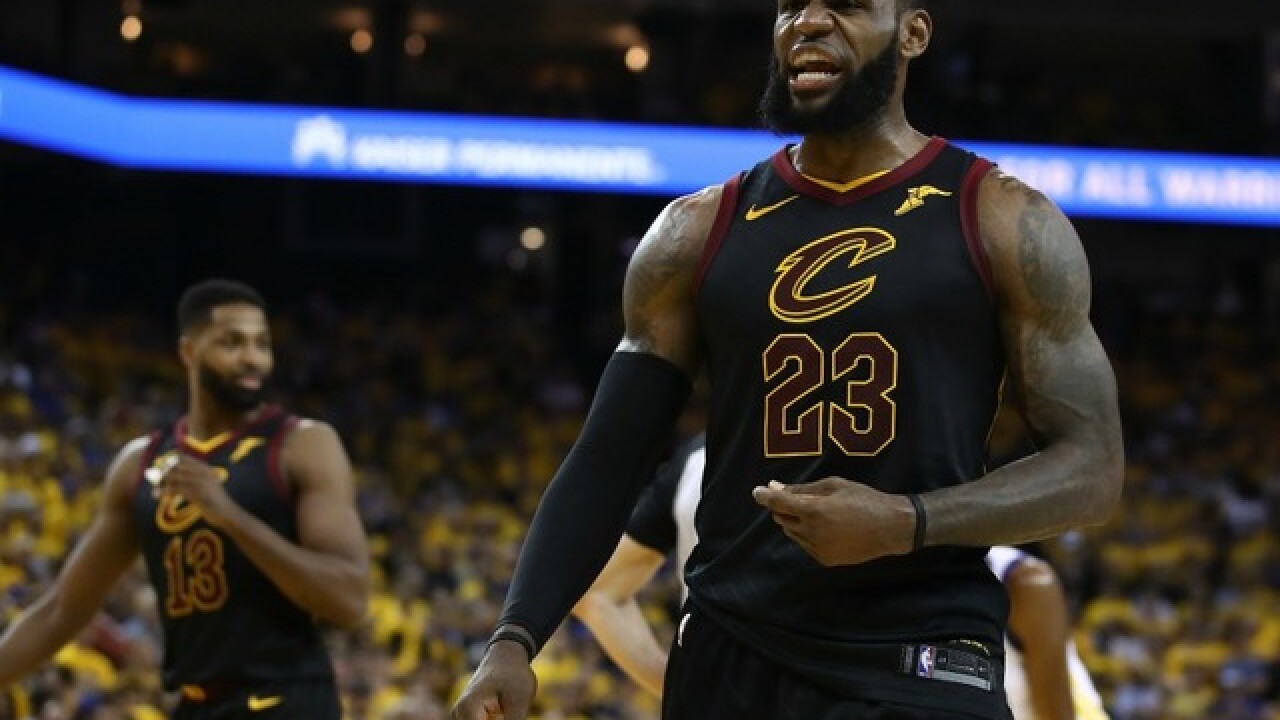 Copyright 2018 Scripps Media, Inc. All rights reserved. This material may not be published, broadcast, rewritten, or redistributed.
Ezra Shaw
<p>LeBron James #23 of the Cleveland Cavaliers reacts against the Golden State Warriors during the second half in Game 1 of the 2018 NBA Finals at ORACLE Arena on May 31, 2018 in Oakland, California. (Getty Images)</p>

As if facing the stacked Golden State Warriors wasn't enough... LeBron James couldn't overcome his own teammate in Game 1 of the NBA Finals on Thursday night.

With the game tied in the final seconds, Cavaliers guard George Hill missed the second of his two free-throw attempts. Not to worry, as the Cavs' J.R. Smith grabbed the rebound.

Except... Smith didn't realize his team didn't have the lead. So, instead of taking a shot or passing the ball to LeBron, Smith dribbled the ball to halfcourt trying to run out the clock. The game went to overtime, and the host Warriors went on to win 124-114 to take a 1-0 series lead.

Afterwards, you can see Smith saying to LeBron: "I thought we were ahead."

LeBron had a ridiculous 51 points Thursday night, becoming the first player in NBA Finals history to score 50 points in a losing effort.

After the game, Smith denied not knowing the score, even though his explanation didn't make much sense. And LeBron walked out of his post-game press conference after being asked several times about what happened during those final seconds.

JR Smith: "I was trying to get enough to bring it out to get a shot off. I knew we were tied, I thought we were going to call timeout. If I thought we were ahead, I'd have held onto the ball and let them foul me."