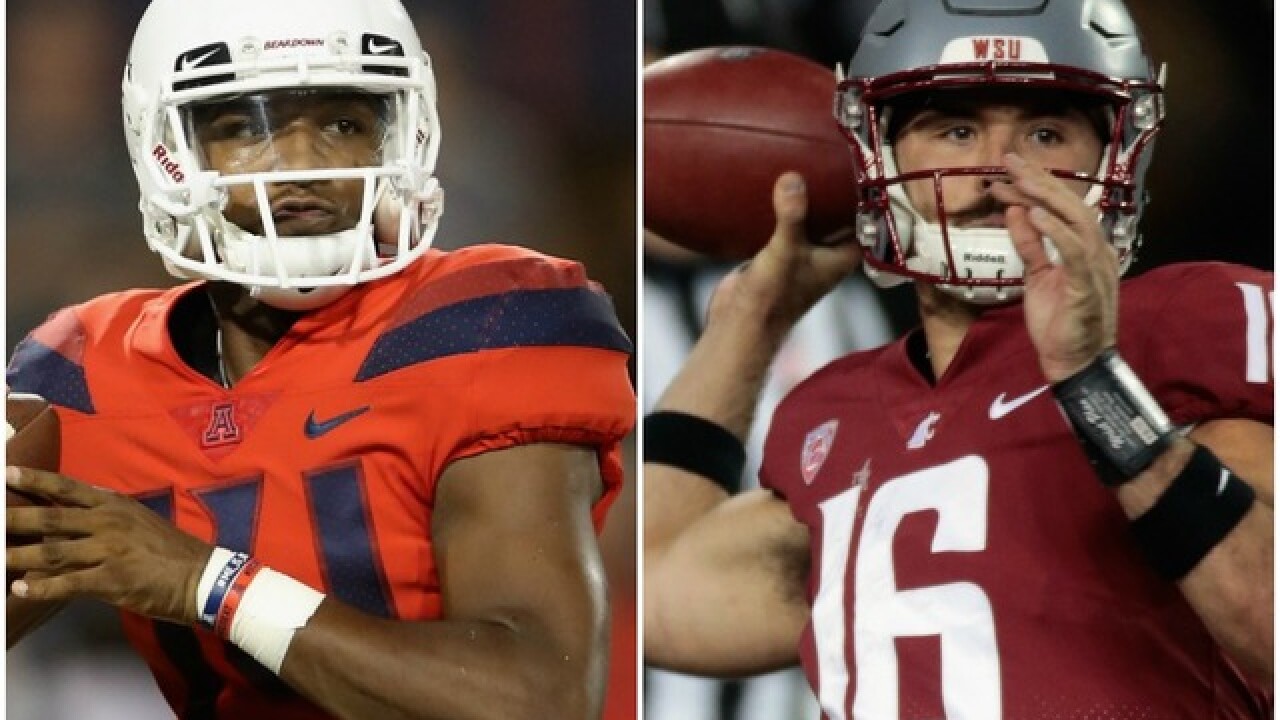 The Arizona Wildcats haven't been as good as advertised in coach Kevin Sumlin's first season at the helm -- but heading into Saturday's showdown at No. 8 Washington State, Arizona has won two in a row and still has an outside shot at winning the Pac-12 South.

UA is 5-5 overall and 4-3 in the Pac-12. If the Cats win their final two games and Utah loses at Colorado on Saturday, the Wildcats will be Pac-12 South champions. Can UA, a 10-point underdog, overcome the odds and upset the 9-1 Cougars? Here are a pair of predictions from the ABC15 sports team.

The Wildcats are in a tough spot. They need one more win to become bowl-eligible and they have two tough games ahead of them. Playing in Pullman is no easy task, and when you throw in a night game in mid-November, it makes it even more difficult.

This game has so much riding on it for both teams, and neither one has a clear advantage when it comes to motivation. The problem is WSU is simply too good at home for the Wildcats to overcome, and the Wildcats are 1-3 on the road this season. Washington State 40, Arizona 27

The Wildcats could upset the Cougars, or they could lose by six touchdowns. Neither result would surprise me. But despite the difficulty of playing a top-10 team on the road in cold weather, UA isn't in terrible shape. The Cats have played their best football of the season in their last two games (both wins), and they're coming off a much-needed bye week that has allowed some nagging injuries to heal.

The off week should prove especially beneficial to quarterback Khalil Tate, who has battled through a nagging ankle injury for most of the season. If he's able to run the ball more effectively, Saturday's game could turn into a shootout against QB Gardner Minshew and the Cougars. I tend to think that's what's going to happen, although I don't believe in Kevin Sumlin's team enough to pick them in Pullman. Washington State 38, Arizona 35