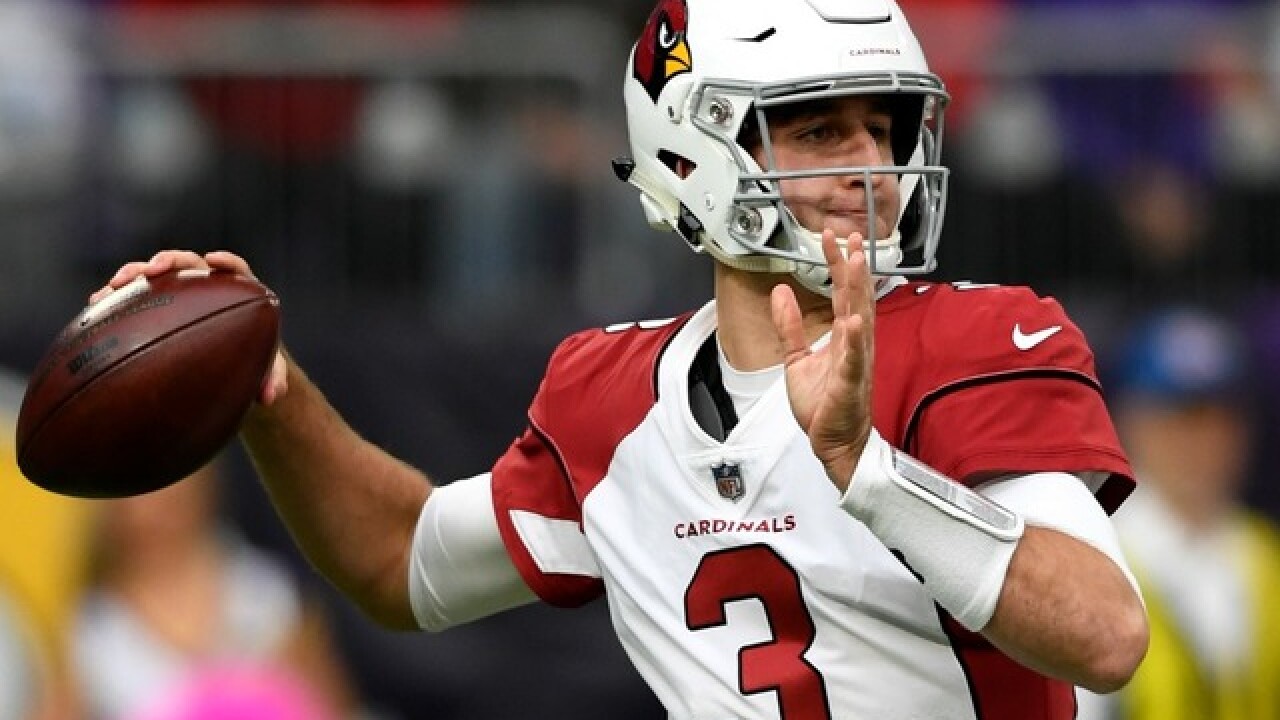 The Arizona Cardinals have given fans some reason to hope in their last two games: a come-from-behind win over the San Francisco 49ers, followed by a valiant effort at the AFC-leading Kansas City Chiefs last weekend.

This Sunday, the 2-7 Cardinals host the team with the NFL's worst record, the 1-8 Oakland Raiders. Can the Cards get their third win of the season? Here are a pair of predictions from the ABC15 sports team.

Yes, the Cardinals played well against the Chiefs last Sunday, so it goes to reason that it’s time for a W. But then again, if the future is important, this may just turn into a battle for the No. 1 overall draft pick in 2019. The Raiders have just one win this season, but the Cardinals are right behind them with two wins. This could be a real barn-burner. Who wants that No. 1 overall pick more?

Keep in mind: During the 2018 draft, the Raiders traded picks with the Cards so Arizona could move up and draft quarterback Josh Rosen. Let’s hope Josh can prove to the Raiders that they made a big mistake. Cardinals 24, Raiders 21

The Cardinals are 2-0 against the 49ers and 0-7 vs. everyone else this season. The Raiders are another beatable Bay Area team, and they could give the Cards a chance to win their second straight home game after four straight losses in Glendale to open the season.

Coming off his best game of the season, Cards running back David Johnson must be looking forward to this one, as the Raiders are one of the NFL's worst teams against the run. The Cardinals also struggle to defend running backs, meaning the Raiders' combo of Doug Martin and Jalen Richard could be significant damage. Ultimately, it comes down to the quarterbacks, and I think David Carr is just a bit better than Josh Rosen (and his awful offensive line) at the moment. Look for Oakland to get its second victory of the season in front of a large Raider fan base. Raiders 23, Cardinals 14