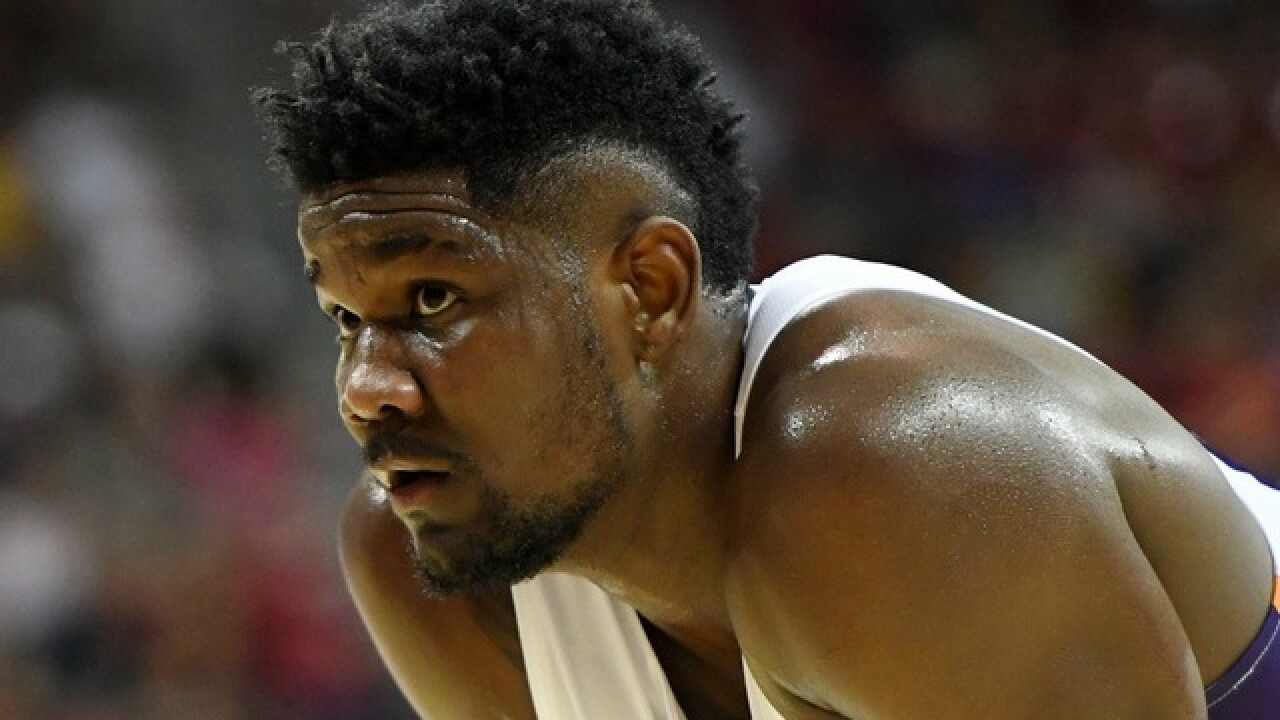 Copyright 2018 Scripps Media, Inc. All rights reserved. This material may not be published, broadcast, rewritten, or redistributed.
Ethan Miller
<p>Deandre Ayton #22 of the Phoenix Suns stands on the court during a 2018 NBA Summer League game against the Dallas Mavericks at the Thomas & Mack Center on July 6, 2018 in Las Vegas, Nevada. (Getty Images)</p>

Phoenix Suns fans won't have to wait much longer to watch No. 1 pick Deandre Ayton in action at Talking Stick Resort Arena.

The Suns revealed their 2018-19 preseason schedule on Wednesday. Their first game will come against Valley native Marvin Bagley III and the Sacramento Kings in Phoenix on Oct. 1. Ayton and Bagley both played high school basketball in the Valley and were the No. 1 and 2 picks, respectively, in June's NBA Draft.

The Suns will then take on the New Zealand Breakers of the National Basketball League on Oct. 3 and the Portland Trail Blazers on Oct. 5. Both of those games will also take place at Talking Stick Resort Arena. Tickets for all three preseason home games will go on sale at a later date, the team announced.

The Suns' final two preseason games will be road contests vs. the Golden State Warriors on Oct. 8 and the Trail Blazers on Oct. 10.

Ayton, star guard Devin Booker and the Suns will look to improve upon an NBA-worst 21-61 record last season.