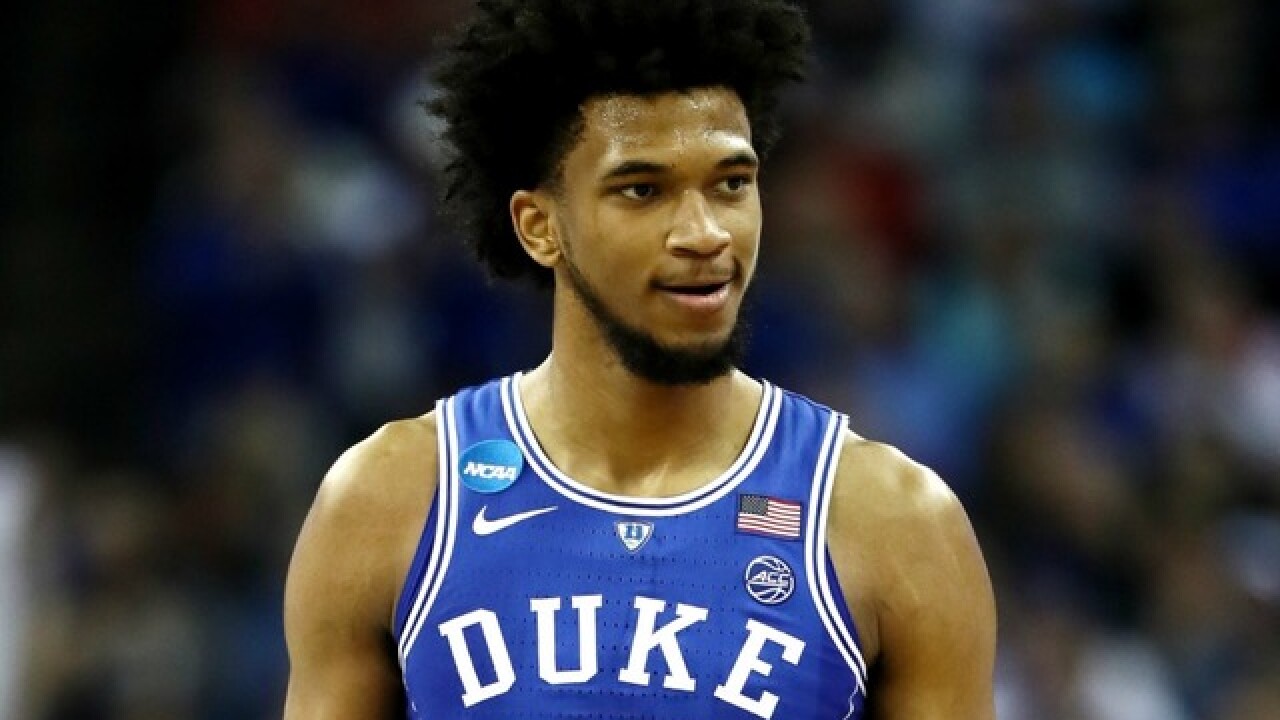 Tempe native and Tempe Corona Del Sol High School alum Marvin Bagley III was selected by the Sacramento Kings with the No. 2 overall pick in the 2018 NBA Draft on Thursday night.

The 19-year-old Bagley attended Corona Del Sol as a freshman in and Hillcrest Prep as a sophomore, where he briefly teamed with No. 1 overall pick Deandre Ayton. He then transferred to Sierra Canyon School in California and chose to play college basketball at Duke. He received his first offer to play college high school from Northern Arizona when he was 14 years old.

Couldn’t have happened to a better kid, and BAGLEY IS A KING pic.twitter.com/5nXh4dXDJQ

The 6-foot-11, 235-pound Bagley averaged 21 points and 11.1 rebounds per game during his one and only season at Duke. He was a consensus first-team All-American selection and the 2017-18 ACC Player of the Year.

Bagley's father played for the Arizona Rattlers in the Arena Football League.