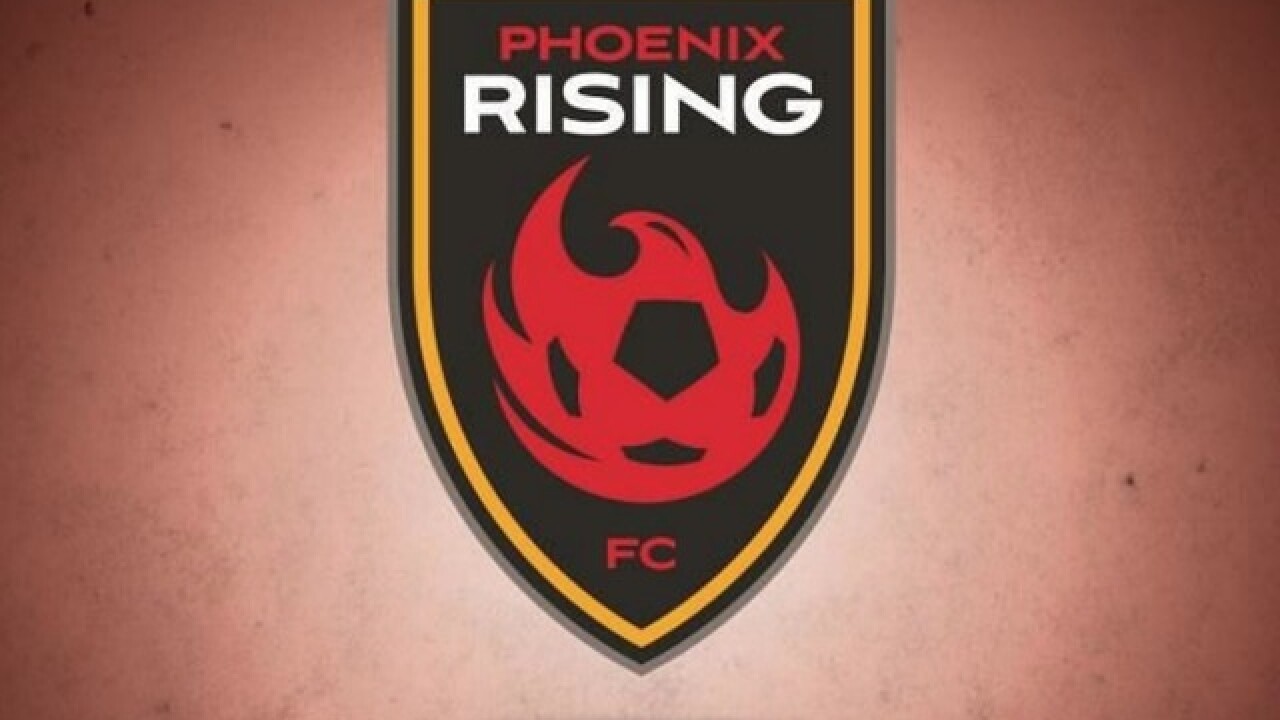 Phoenix Rising FC will hold a watch party at its stadium in Tempe for Thursday night's USL Cup final, the team announced Monday.

Rising's watch party will include two large projection screens at Phoenix Rising Soccer Complex at 751 N McClintock Dr. in Tempe, across the 202 from Tempe Marketplace. The event is free, and tickets are not required for admission.

Bud Light ($4), Kilt Lifter ($5) and Estrella ($8) will be available at the watch party, along with snacks, pizza and non-alcoholic beverages at happy-hour prices.

Rising advanced to the USL Cup final after defeating Orange County 2-1 in California on Saturday to win the Western Conference. This will be the team's first-ever USL Cup final appearance.

Rising will travel to Louisville to face defending champion Louisville City FC in Thursday's championship game. That game will begin at 6 p.m. Arizona time and will be broadcast on ESPN2.