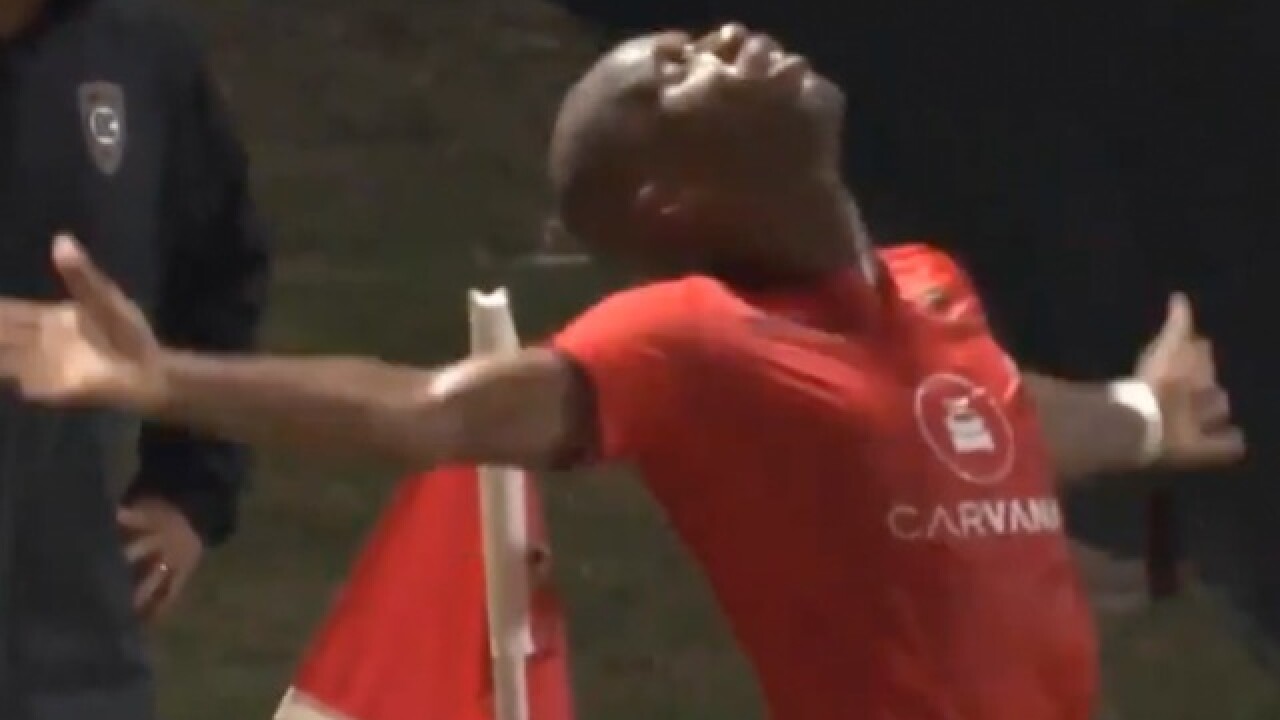 Less than two years since they were rebranded and relocated to the East Valley, Phoenix Rising FC's climb to the top of the United Soccer League is nearly complete.

Behind the earliest goal in USL history and a late goal from a worldwide legend, third-seeded Rising upset top-seeded Orange County SC by a 2-1 score in California on Saturday night.

Chris Cortez scored just 65 seconds into the game to give Rising a lead it would not relinquish. Didier Drogba, who won Premier League titles with Chelsea FC in England and is a member of Rising's ownership team, supplied a second-half goal to seal Rising's trip to the final. Drogba has scored in all three of Rising's games during their playoff run.

Orange County scored in the 82nd minute but was unable to complete the comeback.

Rising will now head east to take on Louisville City in the USL Cup final on Thursday at 6 p.m. Arizona time. That game will be broadcast live on ESPN2. Phoenix Rising plans to host a game watch party at its stadium Thursday night. Details will be released later.

The game was played in California, but it sounded like a home game for Phoenix Rising on Saturday, as hundreds of supporters made the trip west to cheer on Rising to its first-ever cup final.

Madness in Irvine. Fans have rushed the pitch and are celebrating with the team. pic.twitter.com/bzsOwYCppY

Rising defeated Portland Timbers 2 and Swope Park Rangers in the first two rounds of the USL playoffs. Both of those games were played at Phoenix Rising Soccer Complex in Tempe in front of record-setting crowds -- over 7,000 at each game.

Rising's success comes as the team is waiting to learn whether it will receive an expansion Major League Soccer franchise. Phoenix is one of 10 cities vying for two expansion MLS teams.