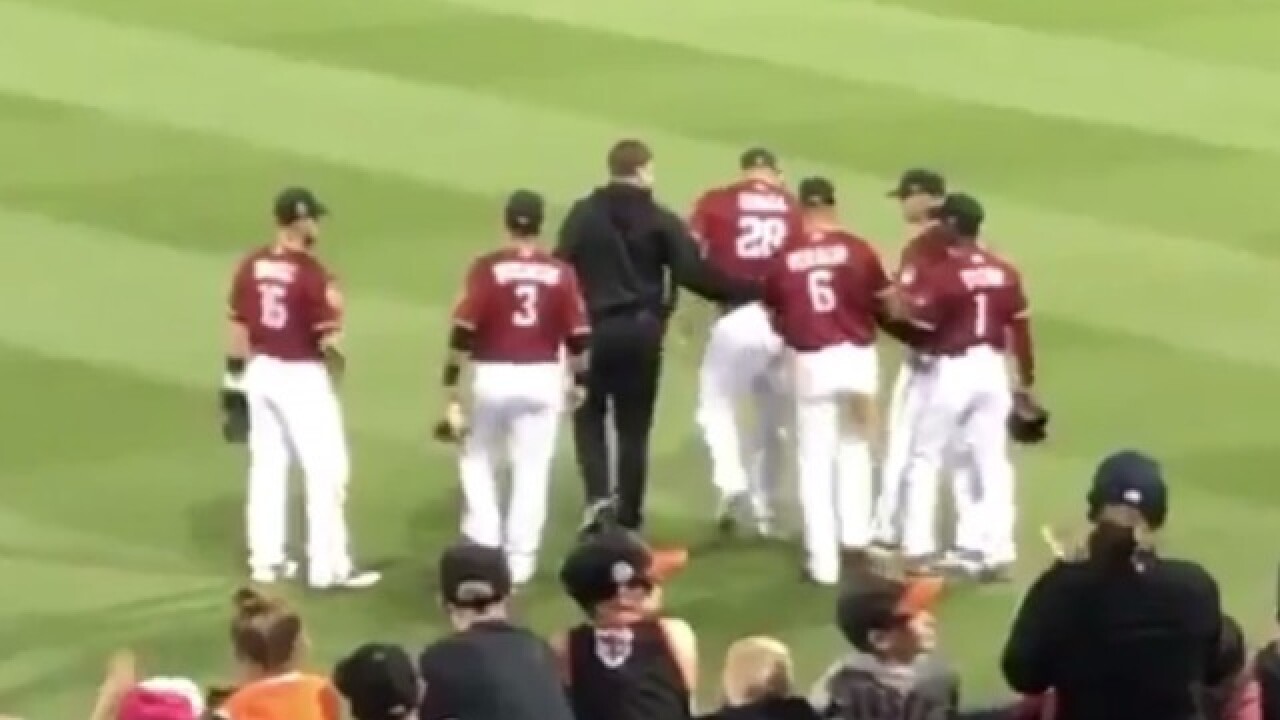 Copyright 2018 Scripps Media, Inc. All rights reserved. This material may not be published, broadcast, rewritten, or redistributed.
<p>(Via Jason Snavely/ABC15)</p>

After laying out for a ball in right field, Souza remained on the ground and appeared to be in pain. He eventually left the field with a team trainer while appearing to hold his right shoulder.

#DBacks OF Steven Souza Jr leaving the game after laying out for a ball in right field pic.twitter.com/HBZQh2qbWs

After the game, D-backs manager Torey Louvllo said Souza suffered a strained right shoulder and will undergo an MRI on Thursday. "That's all I know," Lovullo said.

Steven Souza Jr. has a strained right shoulder. He will undergo an MRI on Thursday. If the @Dbacks are w/o Souza for an extended time, manager Torey Lovullo say, “Worst-case scenario, we’re built for this.” pic.twitter.com/L4vZZQV5vC

The 28-year-old Souza was acquired by the D-backs from the Tampa Bay Rays in a three-team trade in February  after former Diamondbacks slugger J.D. Martinez chose to sign with the Boston Red Sox. Souza hit .239 with 30 home runs and 78 RBIs in 148 games with the Rays last season. He is a career .236 hitter with 65 home runs in 399 MLB games.