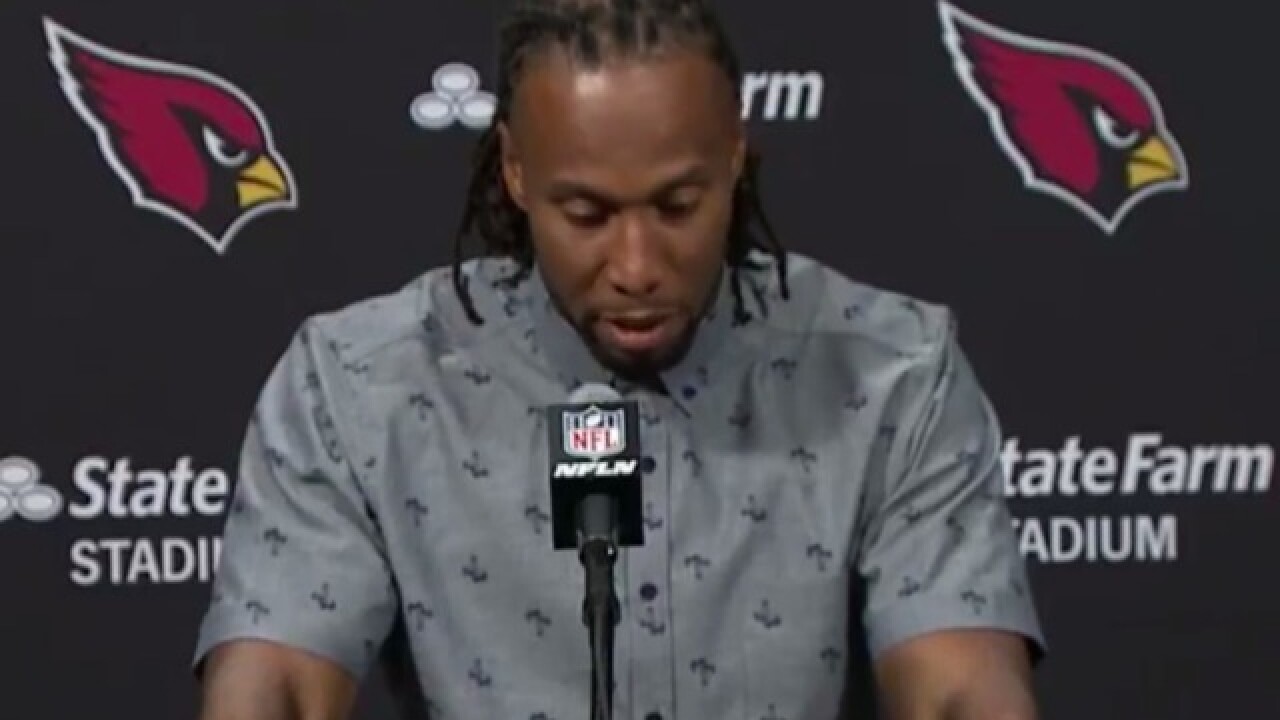 Larry Fitzgerald came up big  in the Arizona Cardinals' comeback win over the San Francisco 49ers on Sunday -- but before he talked about that, he took time to address something far more important.

Fitzgerald, who played college football in Pittsburgh, mentioned the shooting at the Pittsburgh synagogue on Saturday that took the lives of 11 people.

"Before I even get started, I want to give my condolences to the city of Pittsburgh and the senseless violence," Fitzgerald said after Sunday's game.

"I spent two great years at the University of Pittsburgh, and it breaks my heart that such a great city is going through such a tragic loss like that. I know we're talking about football, but it's something that was on my heart."

Fitzgerald starred at Pitt in 2002 and '03. He was runner-up in Heisman Trophy voting in 2003 and was selected by the Cardinals with the third overall pick in the 2004 NFL Draft.