Josh Rosen has a mixed debut for Cardinals, other rookies shine (VIDEO) 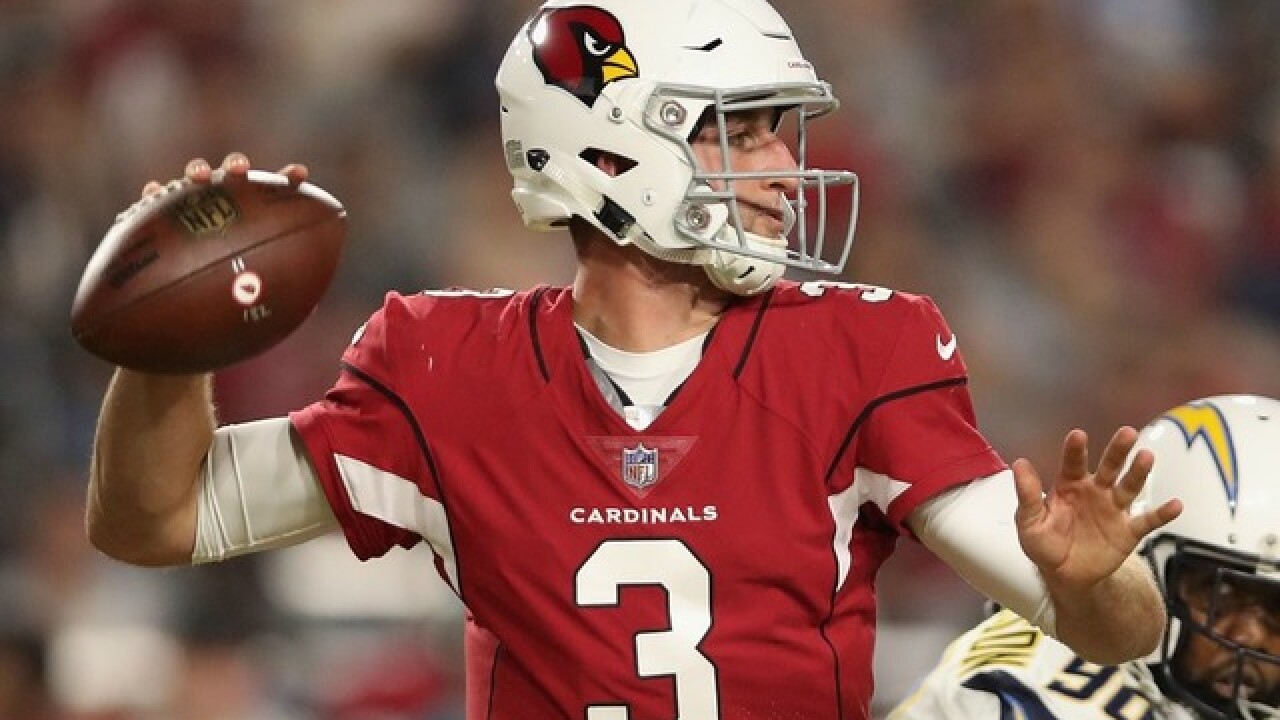 Copyright 2018 Scripps Media, Inc. All rights reserved. This material may not be published, broadcast, rewritten, or redistributed.
Christian Petersen
<p>Quarterback Josh Rosen #3 of the Arizona Cardinals throws a pass during the first half of the preseason NFL game against the Los Angeles Chargers at University of Phoenix Stadium on August 11, 2018 in Glendale, Arizona. (Getty Images)</p>

Quarterback Josh Rosen's debut as an Arizona Cardinal was a mixed bag, while some of his fellow rookies made an instant impact during Saturday's preseason opener.

Rosen, the Cards' first-round pick in April's NFL Draft, played most of the first half in the Cardinals' 24-17 win over the Chargers at University of Phoenix Stadium, after starter Sam Bradford played only the opening series. Rosen completed 6 of 13 passes for 41 yards, and his first pass as a pro was a completion to the Cards' second-round pick, Valley native Christian Kirk.

Rosen made some poor decisions Saturday, albeit in less-than-ideal circumstances. He had to deal with some low snaps from center Daniel Munyer, and he faced constant pressure from the Chargers' defense facing the Cardinals' second-team offensive line.

The former UCLA standout was fortunate not to throw an interception on the first throw of his fourth and final drive Saturday, but he completed three straight passes later in the drive, and nearly completed a fourth to wide receiver Greg Little, but the play that was initially ruled a catch was overturned on video review. The Cardinals punted on all four possessions with Rosen at QB, and third-string QB Mike Glennon started the second half.

"I thought it was good," Cardinals head coach Steve Wilks said of Rosen's debut. "I thought he tried to command the huddle... we expect him to get better, along with myself and everybody else."

Wilks said the low snaps to Rosen "causes him a little bit of problems as he goes through his progression. We have to correct that."

Kirk caught two passes for nine yards in his debut for the Cards. The Valley native and Scottsdale Saguaro High School alum also had a 38-yard punt return in the first quarter, but he could have scored a touchdown had he not tripped on the own feet during the return.

Different league. Same Christian Kirk (@ChristianDavon2 ). His legs were literally moving too fast for his body as he trips on 38 yard punt return. #12thman @AggieFootball pic.twitter.com/UJ5JIFF3JP

Snipers were out tonight... don’t worry, I’ll be in that zone soon😎

Running back Chase Edmonds, the Cards' fourth-round pick, had five carries for 11 yards in the first half Saturday, including a gritty 2-yard touchdown run on fourth and goal. Edmonds, who noted before the game that he had no offers to play at an FBS school, showed tremendous effort on this TD.

"Nothing was really glaring, good or bad," Wilks said about Edmonds' debut. "He's still a guy that I'm very excited about and looking forward to seeing him do some good things."