3 big takeaways from the Cardinals' preseason opener vs. the Chargers 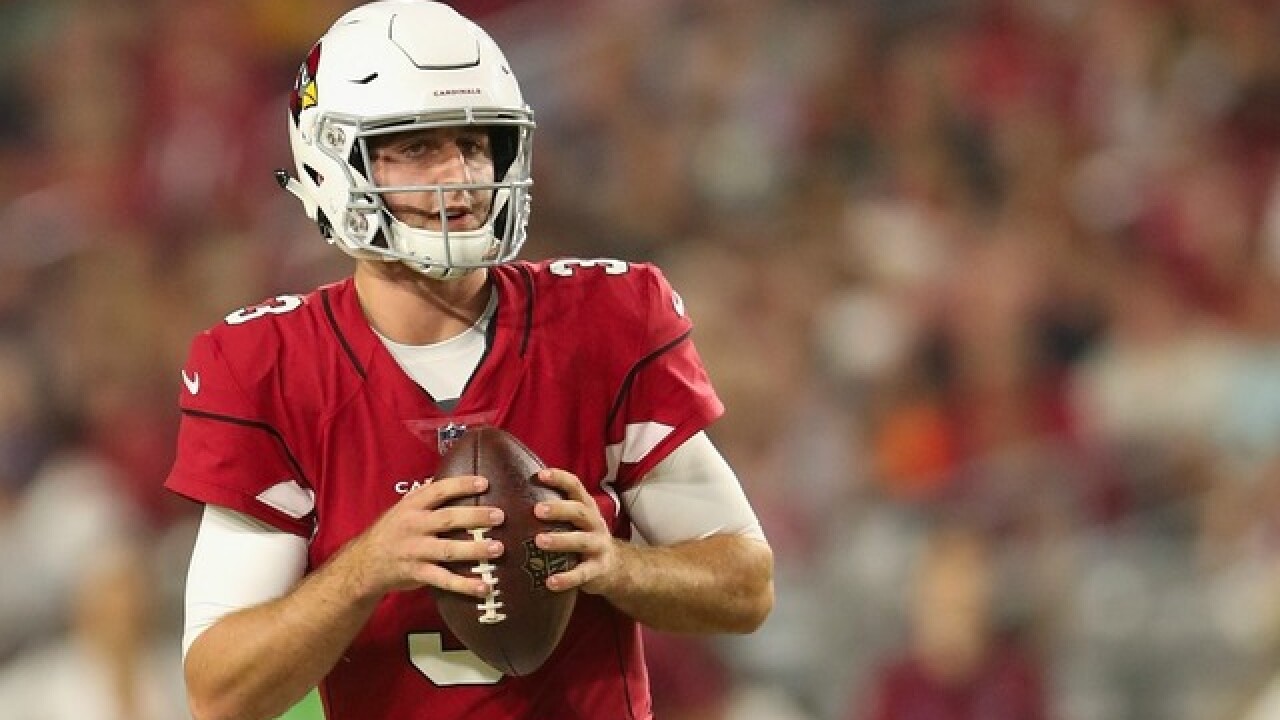 Copyright 2018 Scripps Media, Inc. All rights reserved. This material may not be published, broadcast, rewritten, or redistributed.
Christian Petersen
<p>Quarterback Josh Rosen #3 of the Arizona Cardinals looks to pass during the first half of the preseason NFL game against the Los Angeles Chargers at University of Phoenix Stadium on August 11, 2018 in Glendale, Arizona. (Getty Images)</p>

The Arizona Cardinals won, but the rookies and the return of their star running back were the big stories from the Cards' preseason opener Saturday night.

Most of the starters -- including Larry Fitzgerald new starting quarterback Sam Bradford -- made an early exit in Saturday's preseason opener between the Cards and Los Angeles Chargers at University of Phoenix Stadium, but plenty of storylines are to be found in Arizona's 24-17 victory.

Fourth-string QB Charles Kanoff provided the game-winning TD, and the Cards were able to keep the Chargers out of the end zone in the final seconds to preserve the victory. Here are three big takeaways from the Cards' win -- Steve Wilks' first game as the team's head coach.

The Cardinals' top five 2018 draft picks made significant impacts on Saturday's game, with varying degrees of success. Their first-round pick, quarterback Josh Rosen, struggled but made some decent throws while under immense pressure. Second-round pick Christian Kirk had a nice punt return and fourth-round pick Chase Edmonds showed a ton of heart on a first-quarter touchdown run.

Read more about how the Cardinals' rookies did Saturday night here.

David Johnson only carried the ball twice Saturday, but that was all he needed to reassure Cards fans that he's back in peak condition.

After missing nearly the entire 2017 season with a wrist injury, the 2016 All-Pro selection reeled off back-to-back 14-yard carries on the Cardinals' first possession of the game. Nice to have you back, sir.

3. Some big plays on defense

The Cardinals' reserves on defense made some terrific plays in the second half. In the third quarter, cornerback Bené Benwikere forced a fumble that was scooped up by linebacker Jeremy Cash for a touchdown. Cash added a sack, though he would later be carted off the field with a knee injury and did not return to the game.

Also in the second half, linebacker Cap Capi recorded three sacks and a forced fumble, and safety A.J. Howard intercepted a pass deflected by Benwikere.

Will any of these guys be on the Cardinals' regular-season roster? Stay tuned.