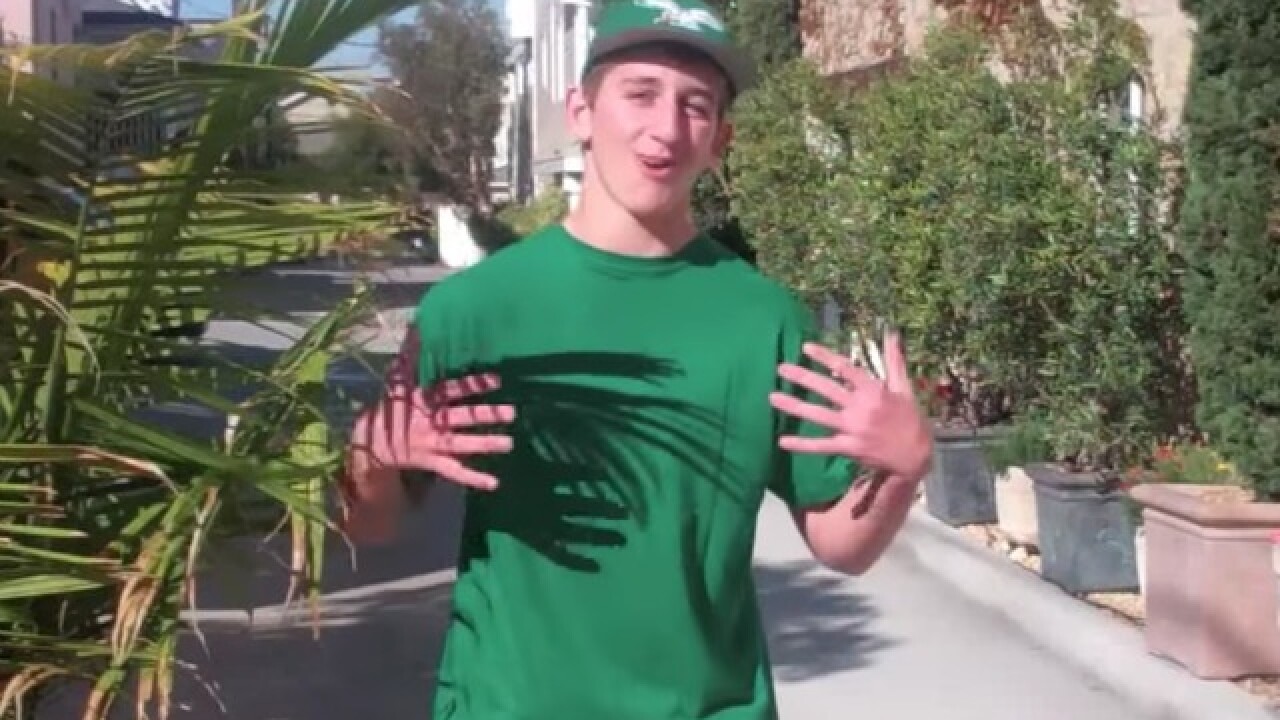 Copyright 2018 Scripps Media, Inc. All rights reserved. This material may not be published, broadcast, rewritten, or redistributed.
<p>Josh Rosen/YouTube</p>

On Sunday, Josh Rosen became the youngest quarterback in the Super Bowl era to overcome a double-digit fourth-quarter deficit and lead his team to a victory.

Just a couple days after that feat, word spread of a series videos that the rookie Arizona Cardinals quarterback and his buddies made years ago in order to boost their grades in high school.

And just like Rosen's game-winning drive on Sunday, they're phenomenal.

Allow us to introduce you to Josh Rosen's YouTube page, which includes videos he made for various classes while he attended St. John Bosco High School in Bellflower, California. Some videos are dated as far back as 2011, when Rosen was just 14 years old.

-Rosen and his classmates created a poorly-dubbed rap video about photosynthesis in order to earn extra credit in a science class. The song was a parody of Biz Markie's "Just a Friend."

-For his AP world history class, Rosen listed a series of world conquests over the years, all of which he says had a common theme: They were motivated by the love of money. "America invaded Iraq because of the threat of weapons of mass destruction. Good joke. George Bush wanted oil," Rosen said toward the end of this video. He also made it rain several times.

-For another class, Rosen spoke Spanish into a microphone, while his friends apparently tried to make positive health decisions.

-For his physics class, Rosen interviewed classmates about a bridge they created. This one is fairly straightforward.

Rosen's YouTube page also includes some of his own football highlights from high school. But those are less fun.

It's worth noting that Rosen, who's known as being extremely intelligent, went on to earn a 4.3 GPA in high school, while starring on his school's football team -- and of course, he went on to become the 10th overall pick in the 2018 NFL Draft.

Stay tuned -- there could be more undiscovered Josh Rosen videos to add to this treasure trove.