Fouhy: Pat Shurmur the favorite to become the next Cardinals head coach 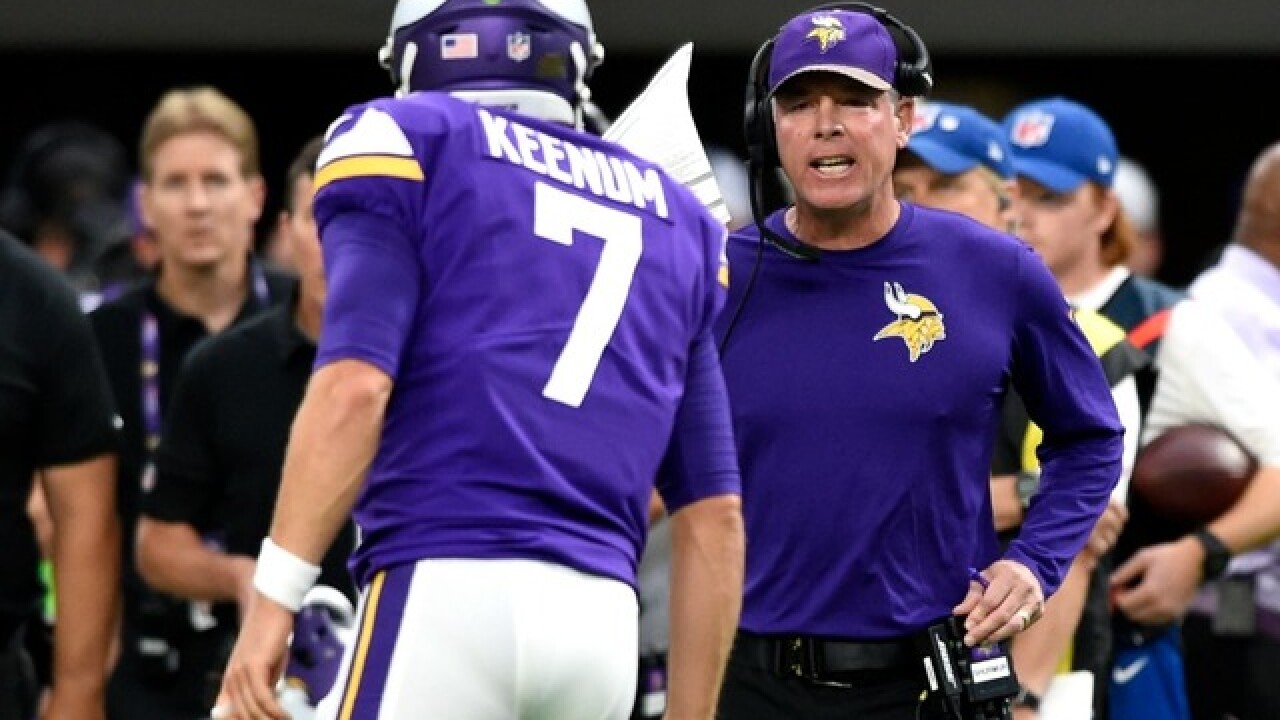 Copyright 2018 Scripps Media, Inc. All rights reserved. This material may not be published, broadcast, rewritten, or redistributed.
Hannah Foslien
<p>Case Keenum #7 of the Minnesota Vikings speaks with offensive coordinator Pat Shurmur in the second quarter of the game against the Detroit Lions on October 1, 2017 at U.S. Bank Stadium in Minneapolis, Minnesota. (Getty Images)</p>

The 52-year-old Shurmur is currently the offensive coordinator for the Minnesota Vikings. Sources have told Fouhy that Shurmur, who has already interviewed for the Cardinals job, is an attractive candidate in part because he could potentially lure Vikings QB and soon-to-be free agent Case Keenum to Arizona.

RELATED: 9 coaches the Cardinals have reportedly interviewed for the head coaching job

Coaching is in Shurmur's blood, as his uncle Fritz was an NFL coach for nearly a quarter century and helped lead the Packers to a Super Bowl XXXI victory. Shurmur has coached in the NFL since 1999 and has also served as offensive coordinator for the Eagles and Rams.

Shurmur spent two seasons as the head coach of the Cleveland Browns but failed to win more than five games in either season. He was the Eagles' interim head coach for one game in 2015 after Chip Kelly was fired.

The Cardinals could have some competition, however, as reports say the Giants and Lions might also have Shurmur toward the top of their lists to fill their respective coaching vacancies.

Panthers defensive coordinator Steve Wilks is right behind Shurmur at the top of the Cardinals' list, sources told Fouhy. The 48-year-old Wilks has no head coaching experience but has coached in the NFL since 2006.