On Friday night, Vitale reacted to the approval of an amendment in Miller's contract that would require Miller to forfeit $1 million if he is charged with a crime related to his employment or commits a Level 1 NCAA violation. Vitale said Miller is "very fortunate" that UA president Robert Robbins and athletic director Dave Heeke have decided to stand by him after Richardson's arrest.

With @NCAA saying head coaches must be accountable for actions of their staff @APlayersProgram Coach SEAN MILLER is very fortunate that his Prez & AD r in his corner /Remember his ass’t for 9 yrs Book Richardson was indicted after FBI report ! https://t.co/jd5hdbSFC1

Some UA fans took issue with this comment, leading to some testy exchanges between fans and Vitale. Among other comments, Vitale said Miller's amended contract is "a PR move at best" and said former UA head coach Lute Olson "would have never tolerated this nonsense."

Here's a sampling of the exchanges: 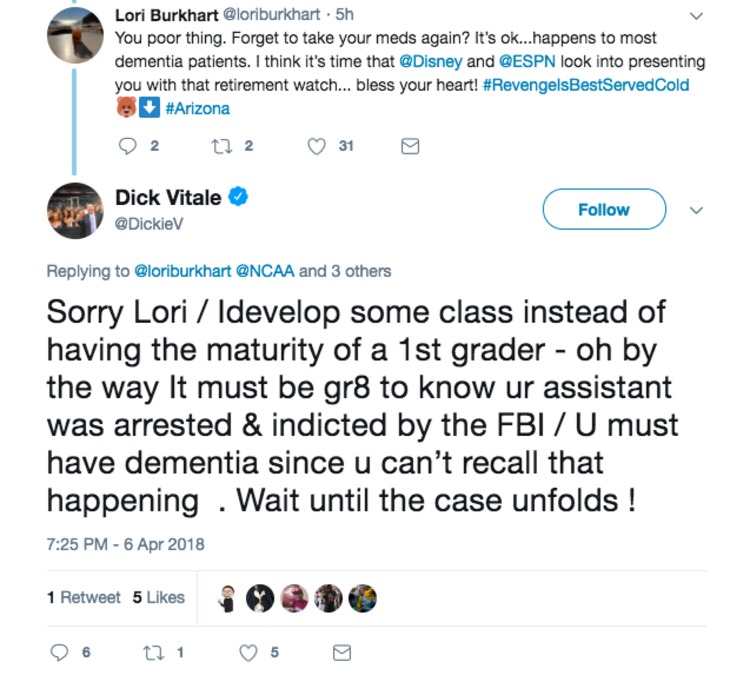 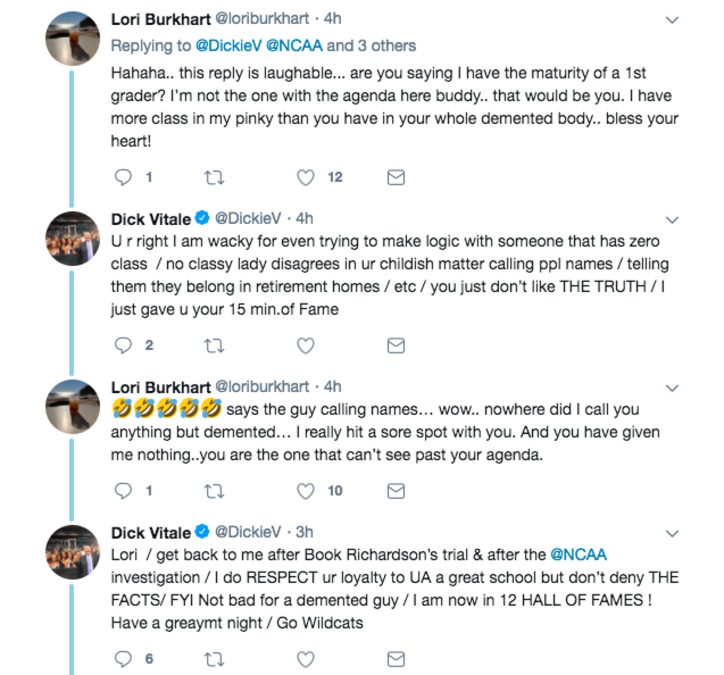 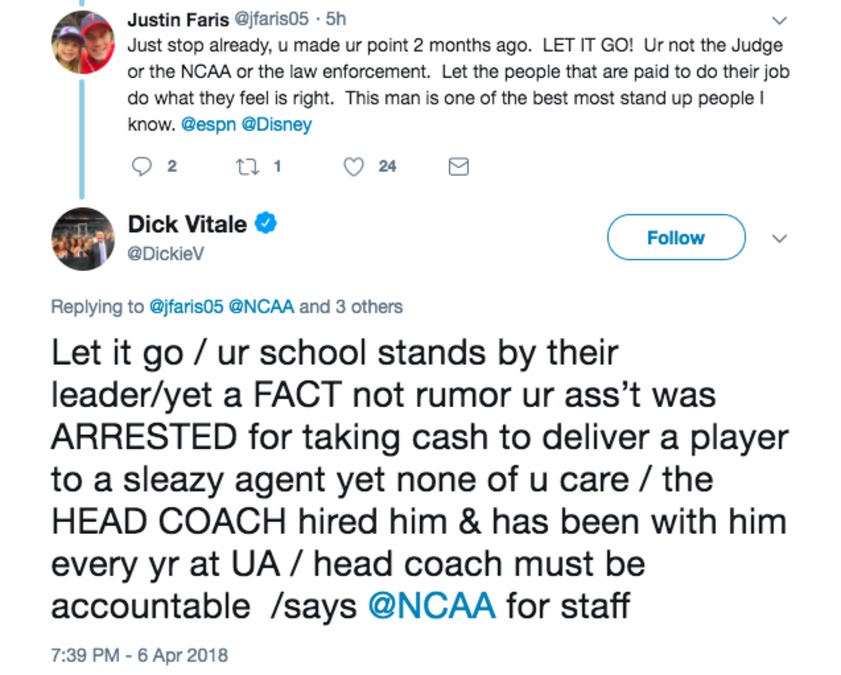 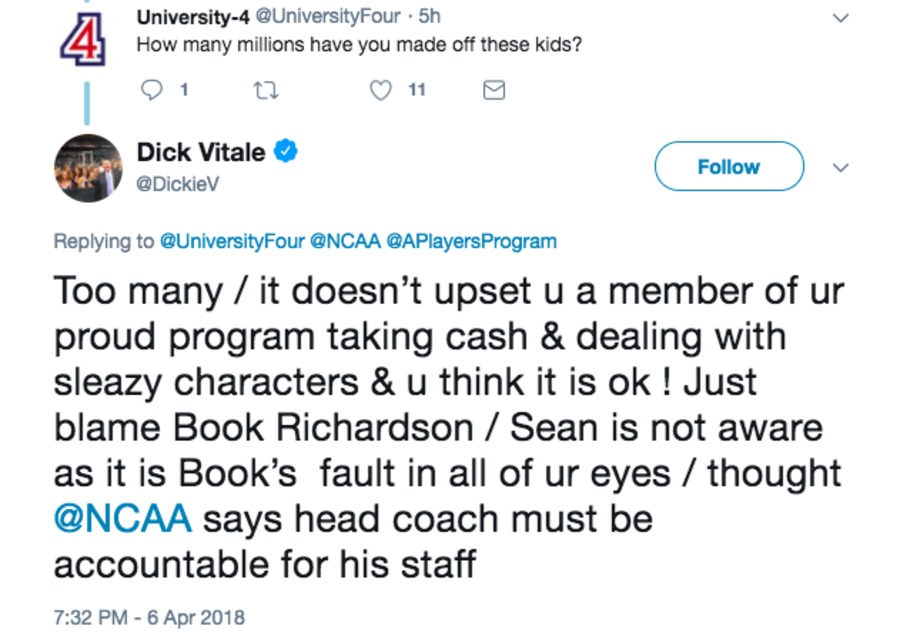