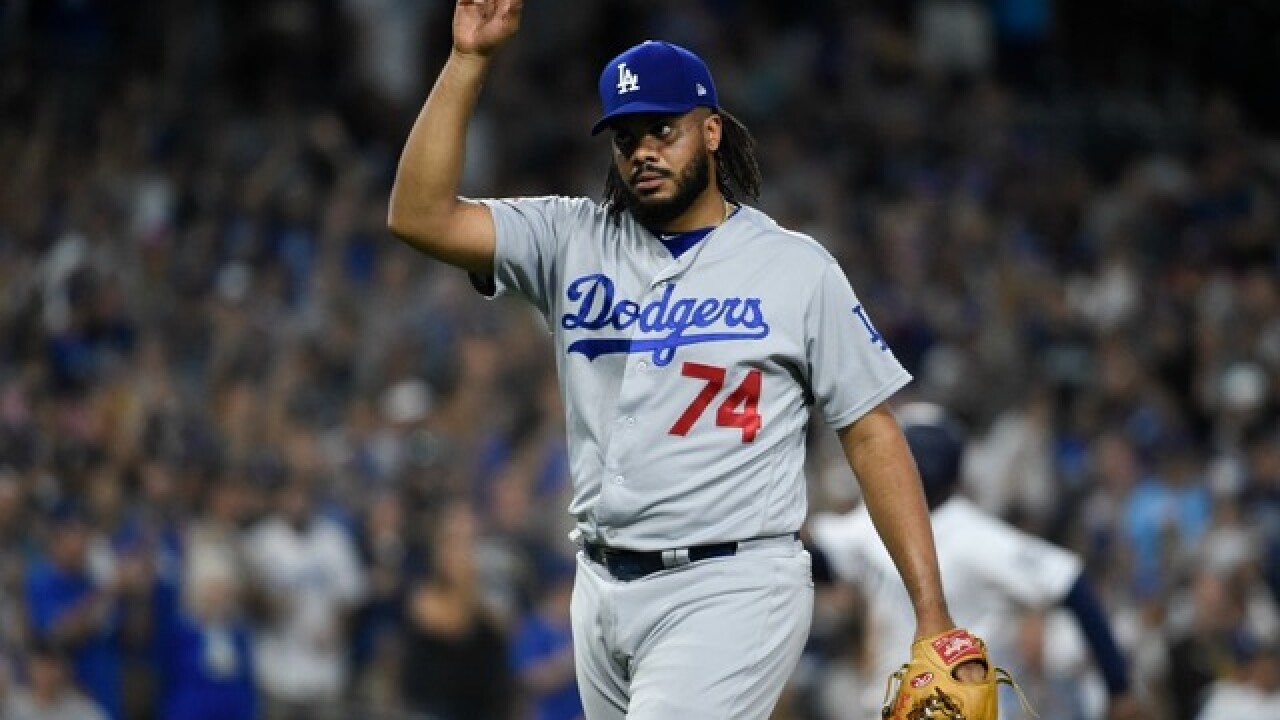 Copyright 2018 Scripps Media, Inc. All rights reserved. This material may not be published, broadcast, rewritten, or redistributed.
<p>Kenley Jansen #74 of the Los Angeles Dodgers points skyward after getting the final out during the ninth inning of a baseball game against the San Diego Padres at PETCO Park on July 12, 2018 in San Diego, California. (Getty Images)</p>

Los Angeles Dodgers closer Kenley Jansen was placed on the 10-day disabled list because of an irregular heartbeat.

Jansen didn’t feel right before the game Thursday against Colorado and was taken to a Denver hospital for tests. The team sent him back to Los Angeles for more evaluation.

The 30-year-old right-hander dealt with an irregular heartbeat in 2011 that landed him on the DL. He underwent a procedure on his heart in October 2012 to return it to normal rhythm.

Jansen is tied for the NL lead with 32 saves. He is reportedly expected to be out of action for about a month.

To take his place on the roster, the Dodgers recalled switch-handed pitcher Pat Venditte from Triple-A Oklahoma City. The 33-year-old Venditte has allowed four runs over 4 1/3 innings in five appearances.