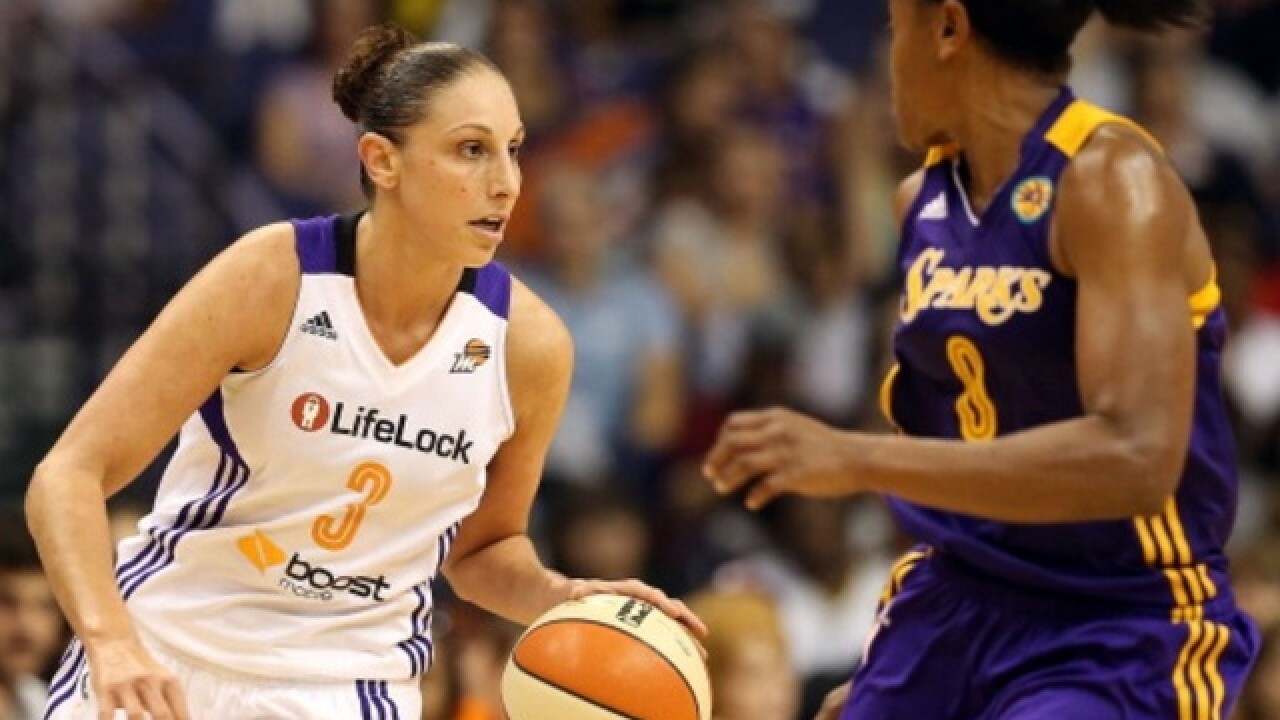 Congrats to DT on being the first WNBA player to reach 8,000 points! pic.twitter.com/QFPjIPnexj

After cutting her overseas season short last winter because of an injury, Taurasi used the time to rest, recover and "tune up her body."

"When you pile up those years of no mental rest, no physical rest it catches up to you," Taurasi told The Associated Press AP on Monday. "From January to the start of the season, I worked on myself in a lot of ways physically. A lot of things that were jacked up from wear and tear. It's like taking a car to the body shop for the first time in 13 years."

Taurasi, who is 10th in the league in scoring averaging 18.6 points, said she did a lot of strength and conditioning in the offseason and worked on her flexibility.

"It was tedious stuff you don't have time to do when you're overseas," she said. "It was long and tedious but I enjoyed it."

Taurasi, who turns 36 on Monday, said that she and spouse Penny Taylor started eating vegan about three years ago and that has helped her.

"You take for granted what you put in your body when you're young. You feel like you can do anything," she said. "As you get older, you get conscious of what you're eating and how that affects your body. The way you look and feel that's really helped me."

Phoenix coach Sandy Brondello has seen a change in Taurasi so far this year.

"She had to work to get her body right and it's showing in her game and has been great for us," she said. "We've put her back to the point guard and she's not just a great shooter, she's a great playmaker and does a fantastic job for us doing that."

With a young son at home, Taurasi has also learned to enjoy road trips more.

"Sleep has been good," she said laughing. "You still find yourself getting up at 5:30 in the morning and then you're like wait, I don't have to get up. I go back to bed."

Taurasi has the Mercury fifth in the AP power poll Tuesday. Voting was done before Phoenix played at New York in a matinee game at Madison Square Garden.