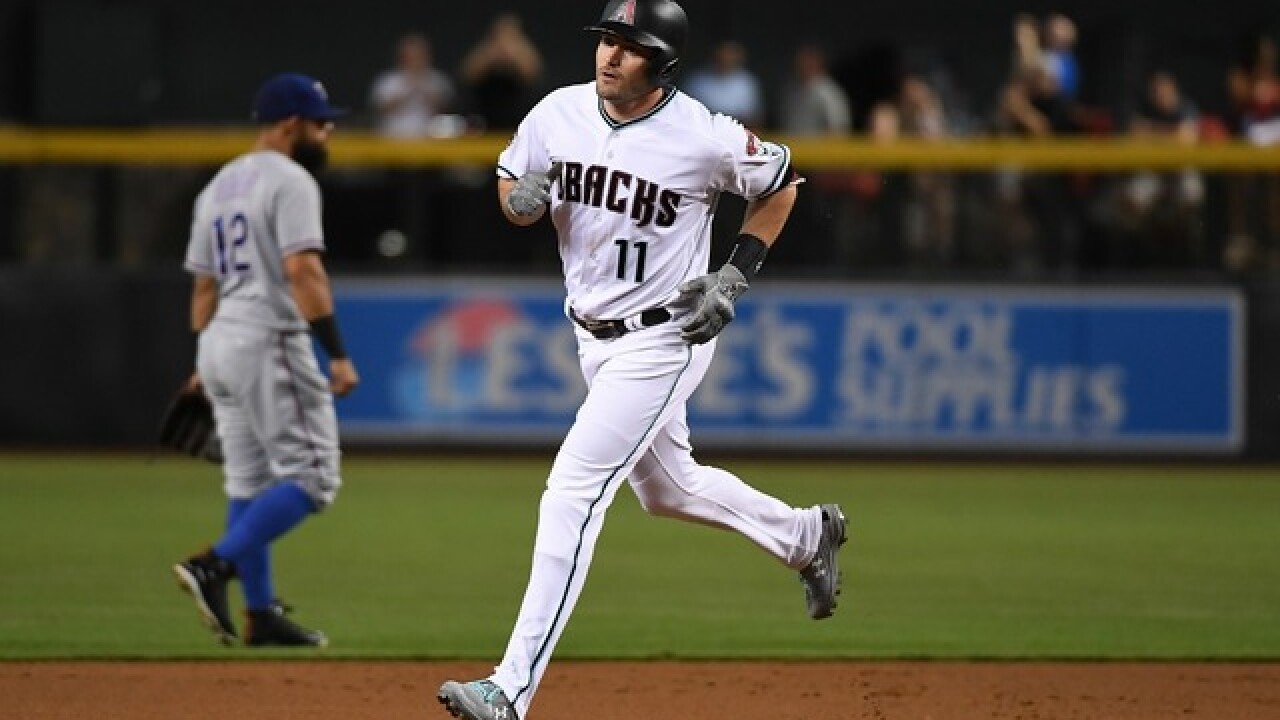 Copyright 2018 Scripps Media, Inc. All rights reserved. This material may not be published, broadcast, rewritten, or redistributed.
Norm Hall
<p>AJ Pollock #11 of the Arizona Diamondbacks rounds the bases after hitting a solo home run against the Texas Rangers during the first inning at Chase Field on July 31, 2018 in Phoenix, Arizona. (Getty Images)</p>

Tuesday was a very good day for the Arizona Diamondbacks.

Hours after acquiring a pair of relief pitchers via trades, the D-backs defeated the Texas Rangers 6-0 on Tuesday night at Chase Field. Just minutes after that game ended, the Los Angeles Dodgers fell 1-0 to the visiting Milwaukee Brewers, allowing the D-backs to leapfrog the Dodgers and reclaim the lead in the National League West division -- a lead they have enjoyed for most of the season.

The Colorado Rockies also won Tuesday to remain within one-half game of the D-backs and pull even with the Dodgers in the NL West. The D-backs are looking to advance to the playoffs in consecutive seasons for the first time since 2001-02.

Well... would you look at that. pic.twitter.com/1oMKvjw3Qd

The D-backs defeated the Rangers behind pitcher Zack Godley's best outing of the season. On Tuesday, Godley became the first pitcher in 44 years to strike out the first batter he faced in each of a game's first seven innings. He threw seven shutout innings and earned a season-high 10 strikeouts in the victory.

The D-backs are off Wednesday and will begin a four-game home series vs. the San Francisco Giants on Thursday.