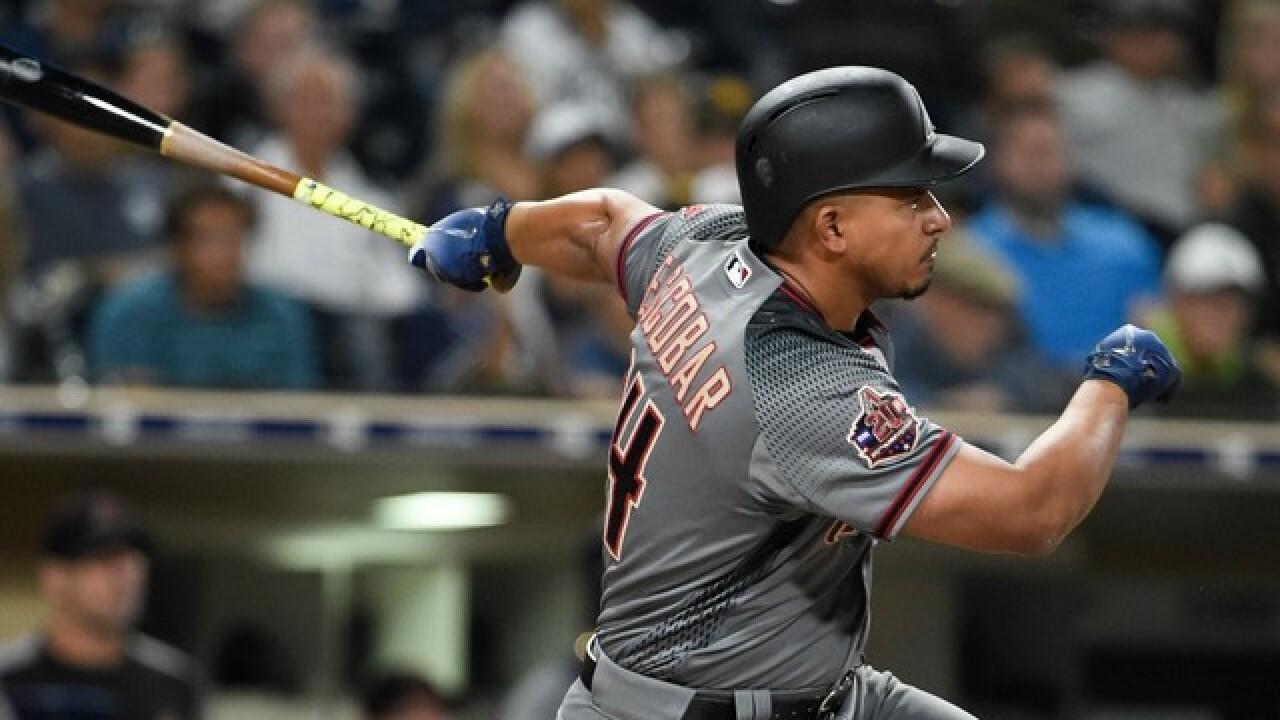 Copyright 2018 Scripps Media, Inc. All rights reserved. This material may not be published, broadcast, rewritten, or redistributed.
<p>Eduardo Escobar #14 of the Arizona Diamondbacks hits a single during the first inning of a baseball game against the San Diego Padres at PETCO Park on September 28, 2018 in San Diego, California. (Getty Images)</p>

The Arizona Diamondbacks have signed infielder Eduardo Escobar to a 3-year contract worth a reported $21 million.

The D-backs announced Monday that the 29-year-old Escobar, whom the D-backs acquired via trade from the Minnesota Twins in late July, signed a deal to remain with the team through 2021. Escobar had been scheduled to become a free agent.

OFFICIAL: #Dbacks agree to terms with INF Eduardo Escobar on a 3-year contract through the 2021 season.

Escobar hit .268 with eight home runs, 11 doubles and 21 RBIs in 54 games with the D-backs this season. His 48 total doubles last year were second in all of Major League Baseball.

The Venezuelan native is a career .257 hitter, and he hit a career-high 23 home runs in 2018. He played second base, third base and shortstop for the Twins last season but exclusively played third base for the D-backs.

The D-backs traded for Escobar after learning third baseman Jake Lamb would miss the remainder of the season after undergoing shoulder surgery.

has primarily played third base for the Twins this season but has also spent time at shortstop and second base. He could see immediate playing time at third base in place of Jake Lamb, who was placed on the 10-day disabled list after suffering a shoulder injury during the D-backs' loss at the Chicago Cubs on Thursday.