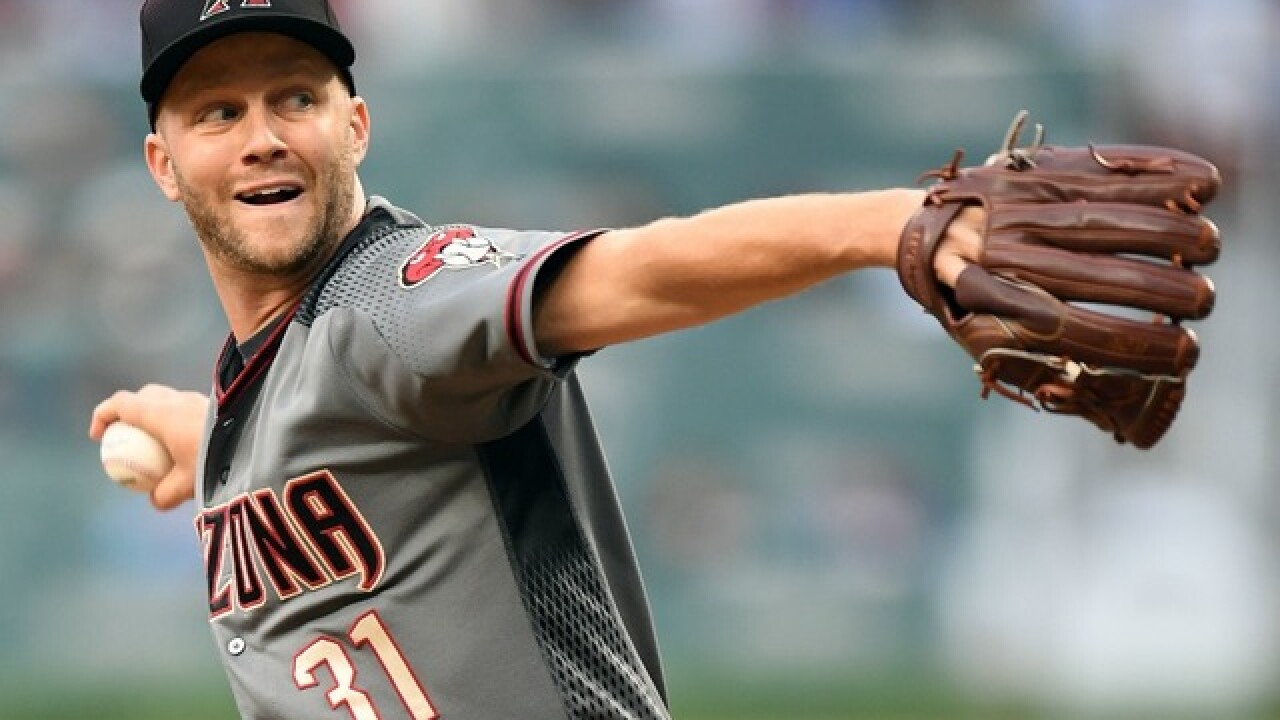 Copyright 2018 Scripps Media, Inc. All rights reserved. This material may not be published, broadcast, rewritten, or redistributed.
Scott Cunningham
<p>Brad Boxberger #31 of the Arizona Diamondbacks throws a ninth inning pitch against the Atlanta Braves at SunTrust Park on July 14, 2018 in Atlanta, Georgia. (Getty Images)</p>

Brad Boxberger already has one of the coolest walkup themes in all of Major League Baseball. Now, the Arizona Diamondbacks' closing pitcher is set to add one of the most creative jerseys in MLB, for one weekend only.

ESPN's Darren Rovell on Thursday reported Boxberger will become the first MLB player to use emojis on his nameplate during a game. The special uniform will be worn during Players Weekend games from Aug. 24-26 during the D-backs' series vs. the Seattle Mariners at Chase Field. The t-shirt and jersey will also be available for purchase.

JUST IN: @dbacks pitcher Brad Boxberger will become first player to have only emojis on his nameplate. He’ll have a box and a burger for Players Weekend games (Aug. 24-26). Jersey & T-shirt is available to fans. pic.twitter.com/LBCv8FbSoL

During Players Weekend, MLB players and coaches are allowed to have nicknames in place of their last names on the back of their jerseys. Some D-backs got creative with their nicknames during last year's Players Weekend, including Archie "Hollywood" Bradley, Nick "Slick Nick" Ahmed and Zack "Greinke" Greinke.

OK, the last one wasn't so clever -- but you get the idea.

Boxberger joined the D-backs via a trade with the Tampa Bay Rays in November and has been the team's closer throughout the 2018 season. He has a 3.32 ERA and 26 saves in 44 appearances this season.