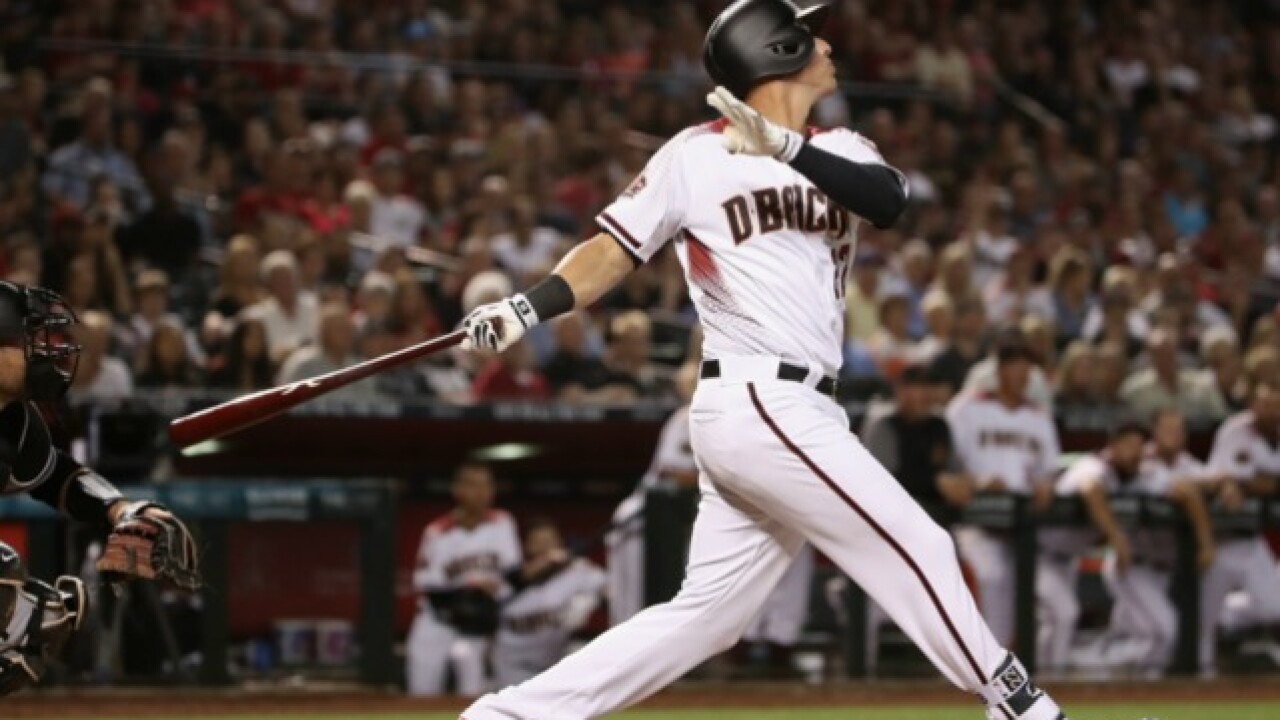 Copyright 2018 Scripps Media, Inc. All rights reserved. This material may not be published, broadcast, rewritten, or redistributed.
<p>Jake Lamb #22 of the Arizona Diamondbacks hits a two RBI double against the Colorado Rockies during the sixth inning of the opening day MLB game at Chase Field on March 29, 2018 in Phoenix, Arizona. (Getty Images)</p>

Arizona Diamondbacks third baseman Jake Lamb has been placed on the 10-day disabled list after suffering a sprained left AC joint in the D-backs' 15-inning win over the Dodgers that ended early Tuesday morning.

Lamb, a 2017 All-Star Game selection, originally suffered the injury while diving for a ball in the 9th inning of the game. He appeared to aggravate the injury while diving into home plate to score the game-tying run in the 15th inning. The D-backs went on to win the game 8-7 in what was the longest game in Chase Field history.

This is the play on which Lamb originally hurt himself last night. He stayed in the game. pic.twitter.com/LWNUKTbxNY

And this dive into home, on which he scored the tying run in the 15th, didn't help anything in that shoulder. pic.twitter.com/EW4e71Bomc

Lamb hit .278 with one double and five RBIs in the D-backs' first four games of the 2018 regular season. In Lamb's place, the D-backs have called up relief pitcher Matt Koch from Triple-A Reno.