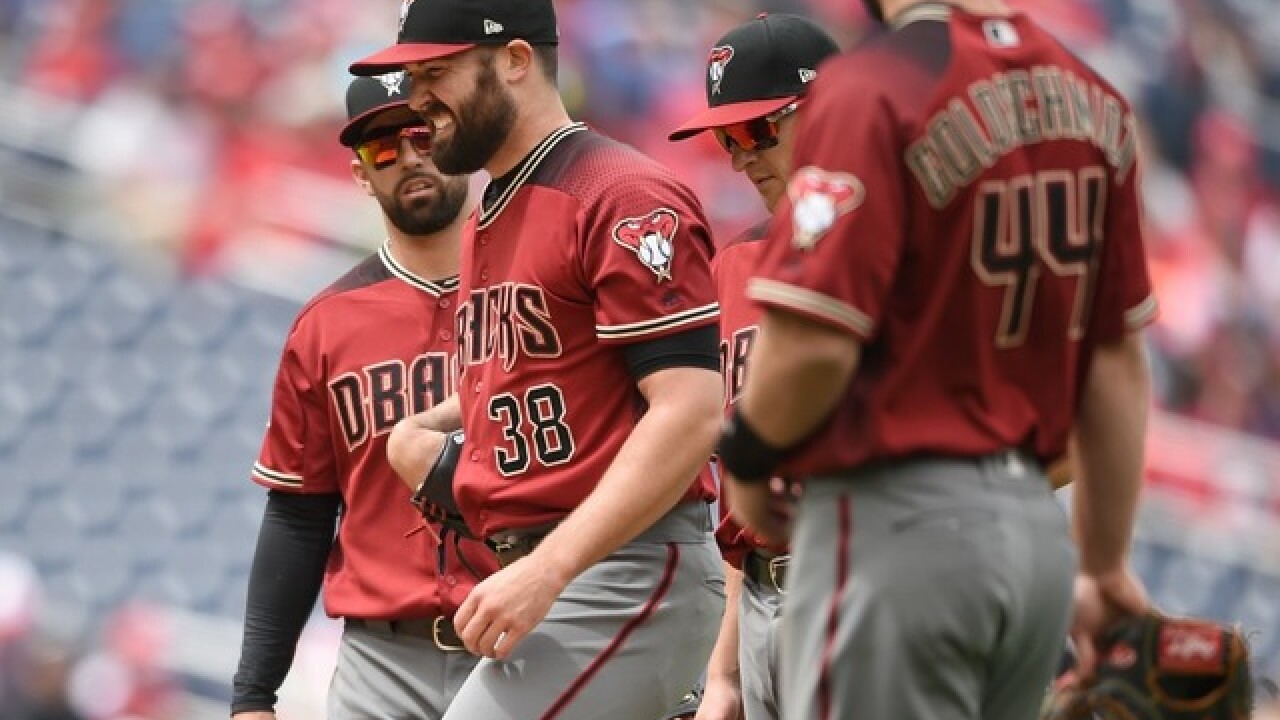 Arizona Diamondbacks left-handed pitcher Robbie Ray left Sunday's game against the Washington Nationals in the bottom of the second with a strained right oblique muscle.

Ray waved to the dugout after throwing a ball to Washington catcher Matt Wieters with one out. Arizona manager Torey Lovullo and an athletic trainer came to the mound, and Ray soon departed. He was replaced by T.J. McFarland, who surrendered a home run to Wieters to give the Nationals a 1-0 lead.

Ray will undergo an MRI on Monday.

"I felt amazing coming into today's game," Ray told FOX Sports Arizona after the game. "Obviously I haven't tested it out. I probably won't for a couple days. It is a little sore but not too bad right now. It's just one of those things where we'll have to see."

Robbie Ray leaves in the second inning with what appears to be an injury to his right side. T.J. McFarland is coming in. pic.twitter.com/SZTUxrUUmt

"I just felt my side grab. ... It's just one of the those things (where) we'll have to see." -- Robbie Ray on the oblique strain he suffered in the second inning Sunday. pic.twitter.com/aOfXnduFgt

Ray, an All-Star last season, entered Sunday with a 2-0 record and a 5.13 ERA. He has won eight consecutive decisions dating back to last season.

The D-backs will return home to begin a four-game series with the Los Angeles Dodgers beginning Monday night at Chase Field.