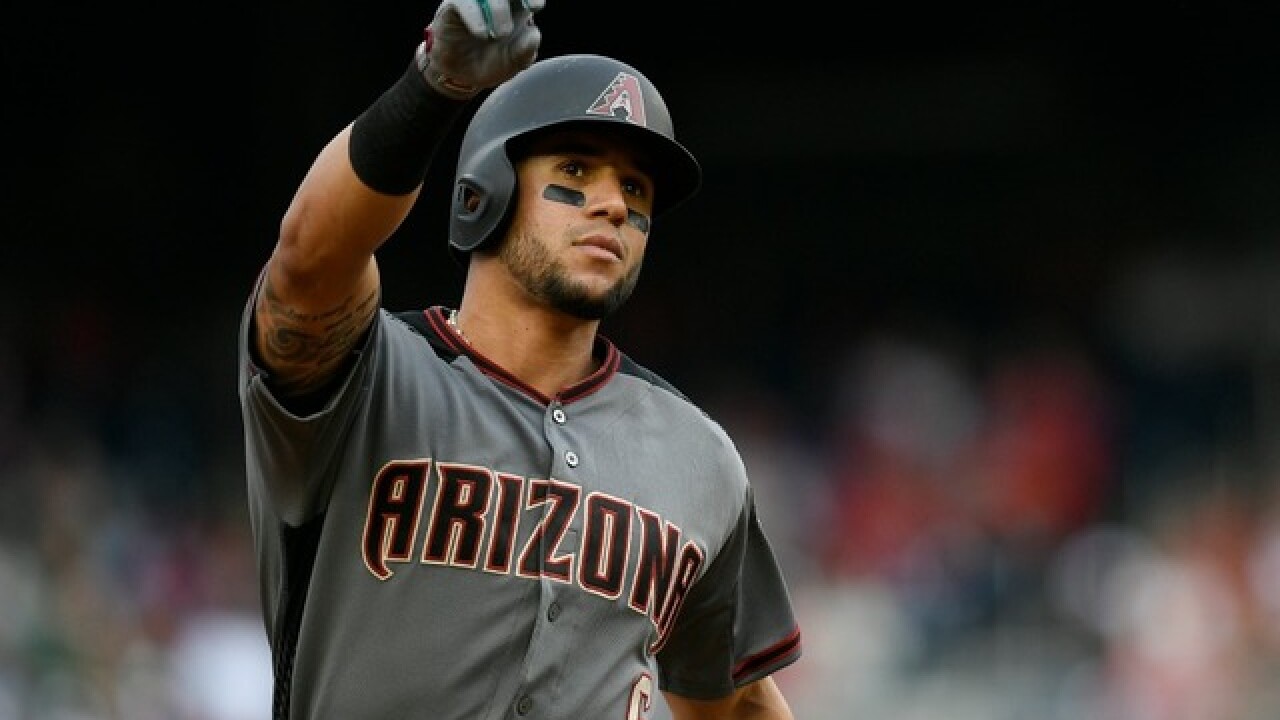 Copyright 2018 Scripps Media, Inc. All rights reserved. This material may not be published, broadcast, rewritten, or redistributed.
Patrick McDermott
<p>David Peralta #6 of the Arizona Diamondbacks celebrates as he runs the bases after hitting a solo home run in the fourth inning against the Washington Nationals at Nationals Park on April 28, 2018 in Washington, DC. (Getty Images)</p>

The Arizona Diamondbacks beat the Washington Nationals on Saturday, and by doing so, accomplished something that hadn't been done since five years before Arizona became a state.

A 4-3 win at the Nationals in 10 innings Saturday gave the D-backs their ninth straight series victory to open the season. The last (and only other) time this feat was accomplished in the National League was by the Chicago Cubs in 1907. The Cubs opened that season with 11 straight series wins and went on to win the World Series that year.

The D-backs had to rally in order to earn the win Saturday. A.J. Pollock's RBI single in the eighth inning evened the score at 3-3, and Pollock earned a bases-loaded walk in the 10th to give the D-backs the lead. Closer Brad Boxberger worked out of a bases-loaded jam in the bottom of the 10th to secure the victory.

Well, that got close in the 10th. But the @Dbacks prevail to move to 19-7 -- they could own a share of the best record in baseball if the Red Sox lose -- and claim their 9th straight series win to begin the season. pic.twitter.com/LRUUNH6vS1

David Peralta accounted for the D-backs' first two runs of the game with home runs in the fourth and sixth innings, marking the first multi-home run game of his career. Patrick Corbin gave up three runs in 6 2/3 innings to help the D-backs stay within striking distance.

-Movie tickets cost a nickle
-Oklahoma became the 46th state
-The paper towel was invented
-MLB consisted of 16 teams, including the NY Highlanders and the Boston Doves https://t.co/QvEVQnKXq1