Coyotes, Olympic medalist team up to host the NHL's only all-girls hockey program 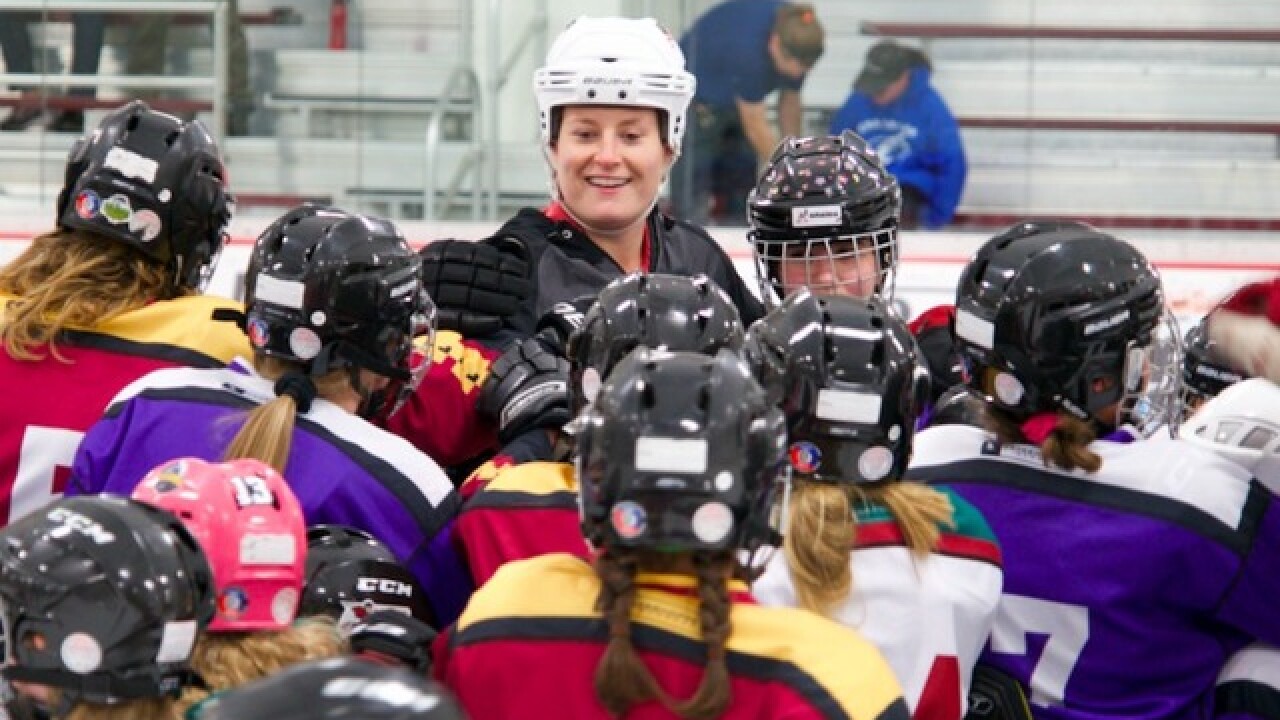 Confidence has never been an issue for Lyndsey Fry. Growing up, she never thought twice about facing off against the boys on the ice. But the Valley native and Olympic medalist knows not every aspiring female hockey player is comfortable doing so.

That's one of the reasons Fry has teamed up with the Arizona Coyotes to create Small Frys -- the only NHL-funded development program designed for girls only.

"It’s really something special, and all the girls are exuding confidence they never had before," Fry said. "I’m truly so thankful that the Coyotes are so bought in and invested in the growth of girls hockey here. They’ve always treated me with so much respect, and for them to utilize their resources to make this program work is so great for these girls."

Located at Oceanside Ice Arena in Tempe, Small Frys is a three-stride course available to girls aged 6-12 who have gone through the Coyotes' Little Howlers program. Each participant receives a full set of gear and is given the option to exchange her current equipment for new gear.

The program runs through the end of June, but Fry is hopeful another program will begin in the fall.

"It sounds cliché, but hockey is for everyone," Fry said, "and this program is reinforcing that."

The 25-year-old Fry played on boys teams and the Arizona Select girls team before she attended Tempe Corona Del Sol High School. She went on to play collegiately at Harvard and won a silver medal with the U.S. women's hockey team at the 2014 Winter Olympics in Sochi.

When she completed her degree at Harvard, Fry returned to the Valley to earn her MBA at ASU and create  Lyndsey Fry Hockey, which offers hockey camps, personal training and private instruction to aspiring young players.

"Boys hockey has really continued to grow and girls hockey is now just starting to catch up with that growth rate," Fry said. "A fourth of the (Little Howlers) players are girls. That’s really a step in the right direction because it’s never really been quite that high."

Fry's goal, however, is to double that number so that half of future Little Howlers will be girls -- a goal Fry believes is already well on its way to becoming a reality.

"I think what’s really special for me is, when I was younger, you knew all the girls who played hockey. Now, I feel like every time I go into a rink, I see a girl I haven't seen before play on a travel team or playing with the boys," she said. "For me, that's really exciting."

The first stride in the three-stride Small Frys program focuses on individual development, while the second stride emphasizes team skills such as passing, body contact and on-ice positioning. The third and final stride includes a mini-season with half-ice games.

"It's really the fun finale," Fry said of the third stride. "That’s designed to help them make the transition to be ready to actually play on a team in a league and compete with other players."

Fry hopes the success of Small Frys will encourage the other 29 NHL franchises to follow suit and fund all-girls programs of their own.

"That’s really what our goal is with the program. At the end of the day, we want this to be something that goes national," Fry said.

By giving them a safe, female-only environment to learn, Fry hopes young girls from the Valley will be given they need to face off with the boys, and possibly follow in her footsteps as Olympic hockey players from the Grand Canyon State.

"When I finished my final game in Sochi, they put that medal around my neck, and I looked at my family, and it was kind of a surreal moment," Fry said. "I thought of everyone who helped this little girl from Chandler, Arizona to get to this moment.

"I think what’s exciting about it is the parents are seeing it and are realizing, 'Wow, what a cool opportunity for my daughter,' Women's hockey is getting exposure like it never has before, and I think it’s changing what girls hockey is in the eyes of the parents."