Colorado coach injures himself at end of ASU basketball game 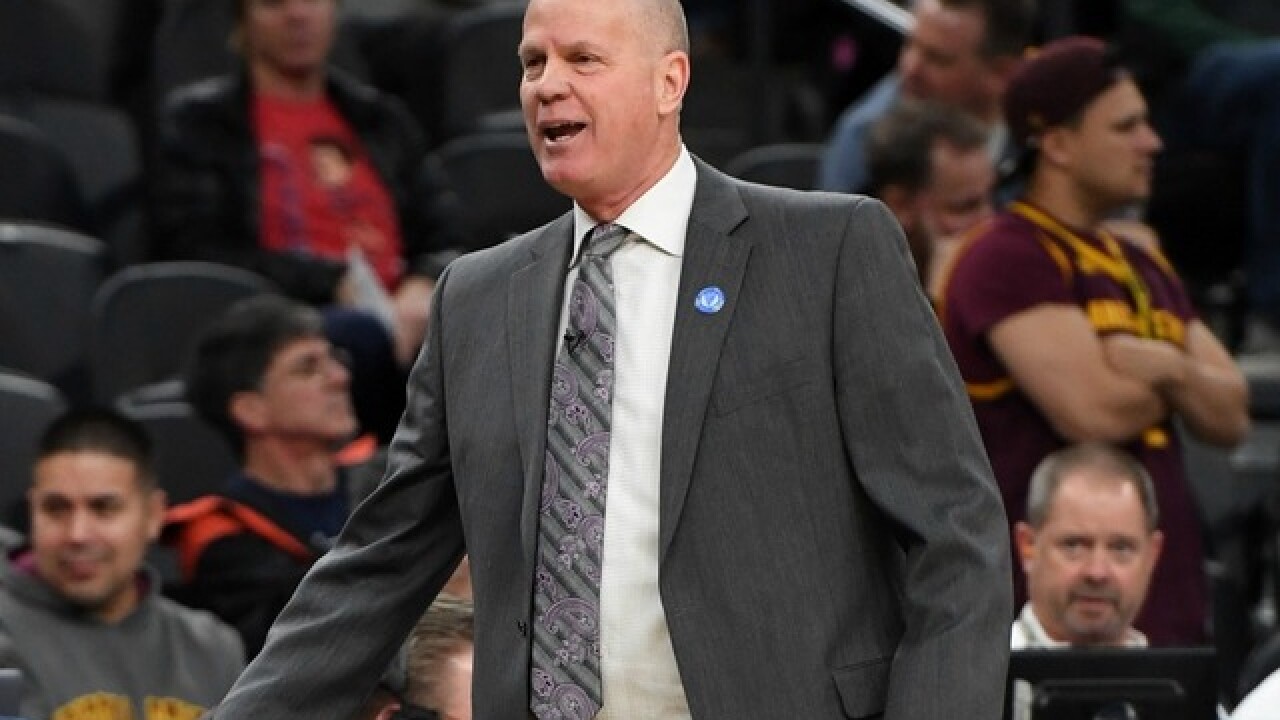 Copyright 2018 Scripps Media, Inc. All rights reserved. This material may not be published, broadcast, rewritten, or redistributed.
Ethan Miller
<p>Head coach Tad Boyle of the Colorado Buffaloes laughs after appearing to hurt his leg during a scuffle between his players and the Arizona State Sun Devils during a first-round game of the Pac-12 basketball tournament at T-Mobile Arena on March 7, 2018 in Las Vegas, Nevada. The Buffaloes won 97-85. (Getty Images)</p>

Arizona State's brief Pac-12 Tournament run came to an end Wednesday -- but it came at a price for the winning team's head coach.

In the final seconds of Colorado's 97-85 win over ASU, a scuffle broke out between ASU and Colorado players on the court when Sun Devil guard Tra Holder shoved a Colorado player. Buffaloes head coach Tad Boyle attempted to intervene, but he hurt himself when trying to do so.

After the game, Boyle said he was told he suffered a torn or strained calf muscle, and he was seen in a walking boot as he exited the arena.

"It felt like somebody hit me with a golf ball or shotgun there as I ran out," he said. "So, I don't know what happened. But it doesn't feel too good."

So, Boyle will likely not be at 100 percent for Colorado's next game, against the top-seeded Arizona Wildcats in Thursday's quarterfinal matchup. That game will begin at 1 p.m. Arizona time.