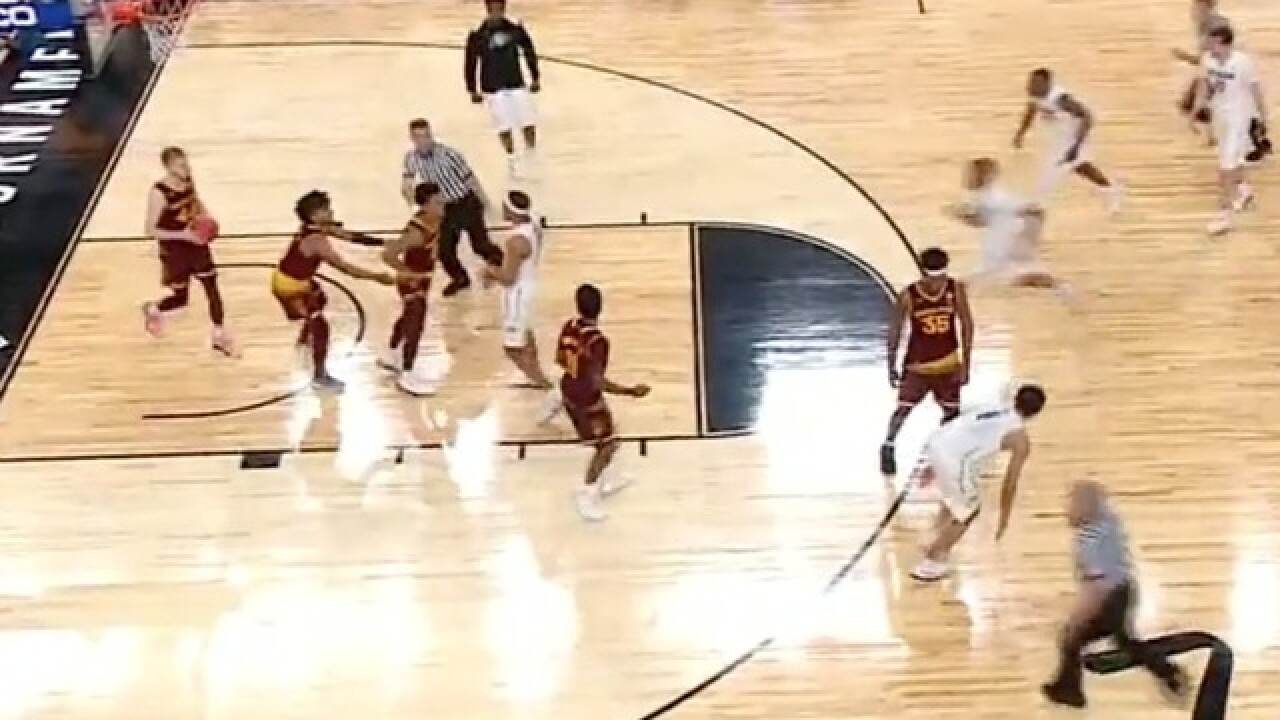 Arizona State senior guard Tra Holder was ejected in the final seconds of ASU's loss to Colorado in the first round of the Pac-12 Tournament at T-Mobile Arena on Wednesday.

The ejection came after Holder appeared to take issue with an uncontested dunk by Colorado's Tyler Bey with seven seconds to play and the outcome of the game no longer in doubt. Colorado's George King and ASU's De'Quon Lake were also assessed with technical fouls.

To make matters worse: Colorado's coach injured himself while trying to break things up.

"I was told it was a shove but there was not any punch thrown," he said. "I don't know if Bey said anything or exactly what happened at that moment."

Holder was not available in the Sun Devils' locker room after the game.