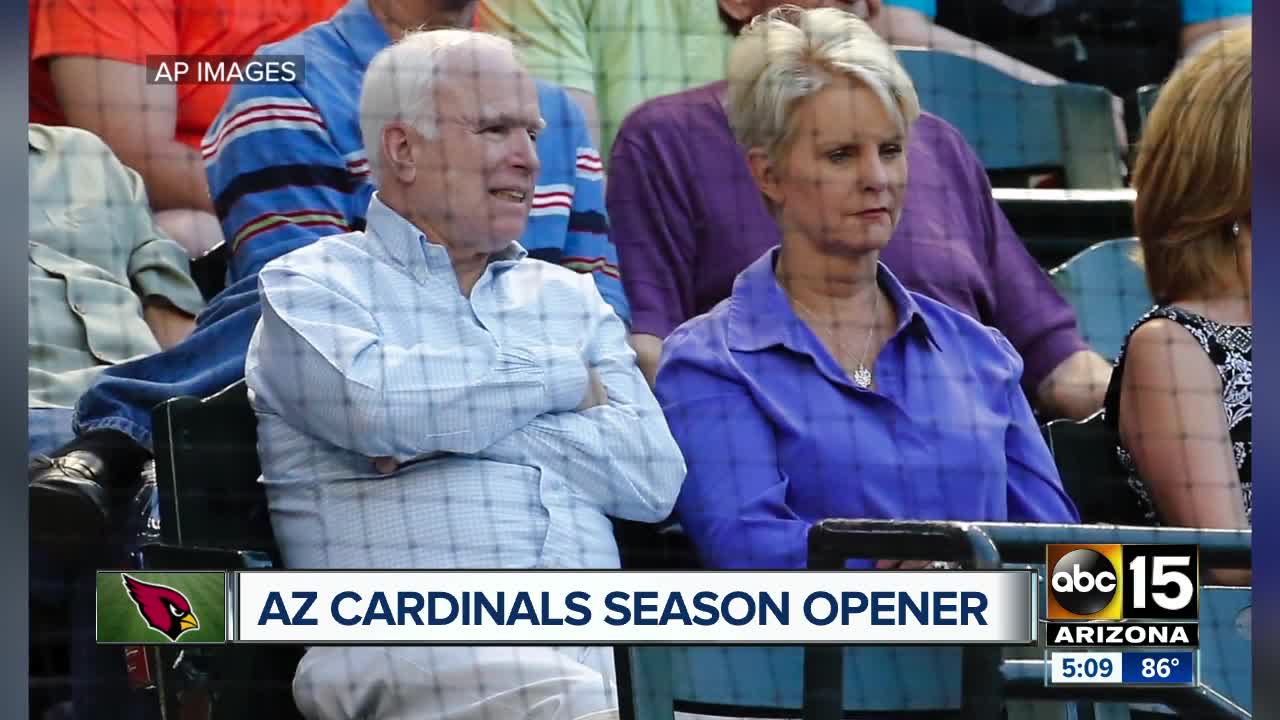 The Arizona Cardinals are playing Sunday at the newly named State Farm Stadium in Glendale. 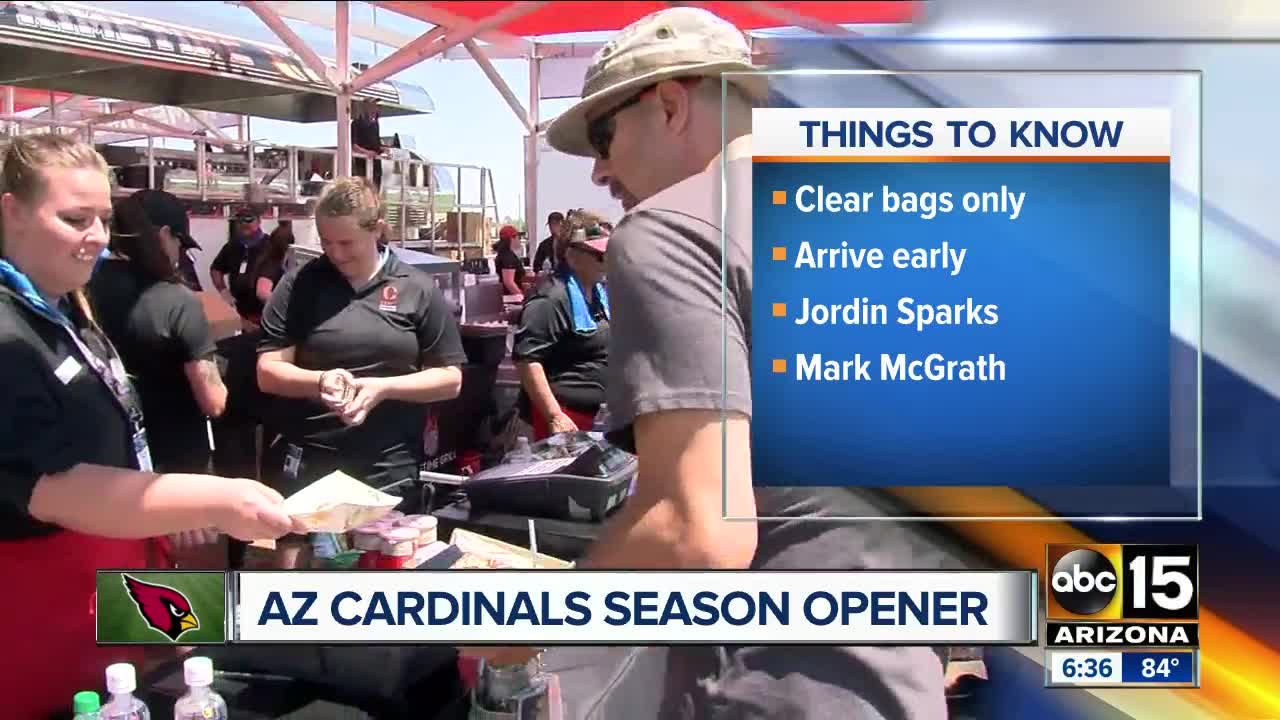 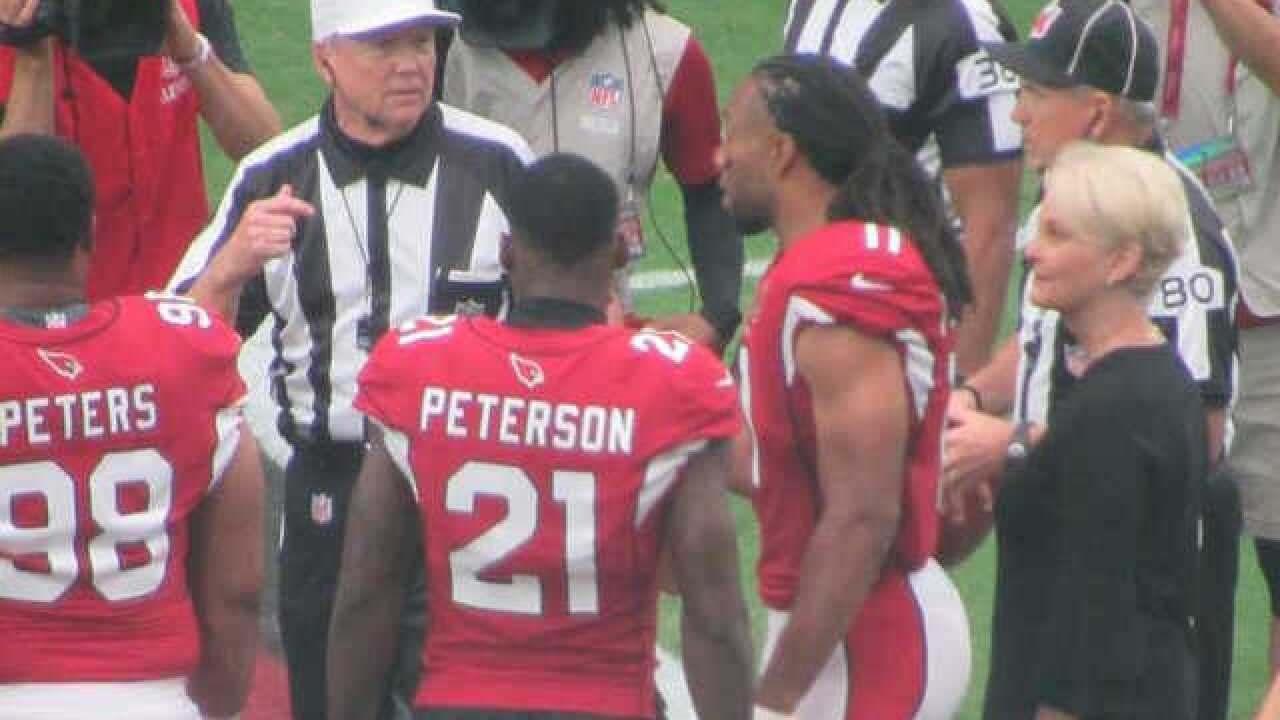 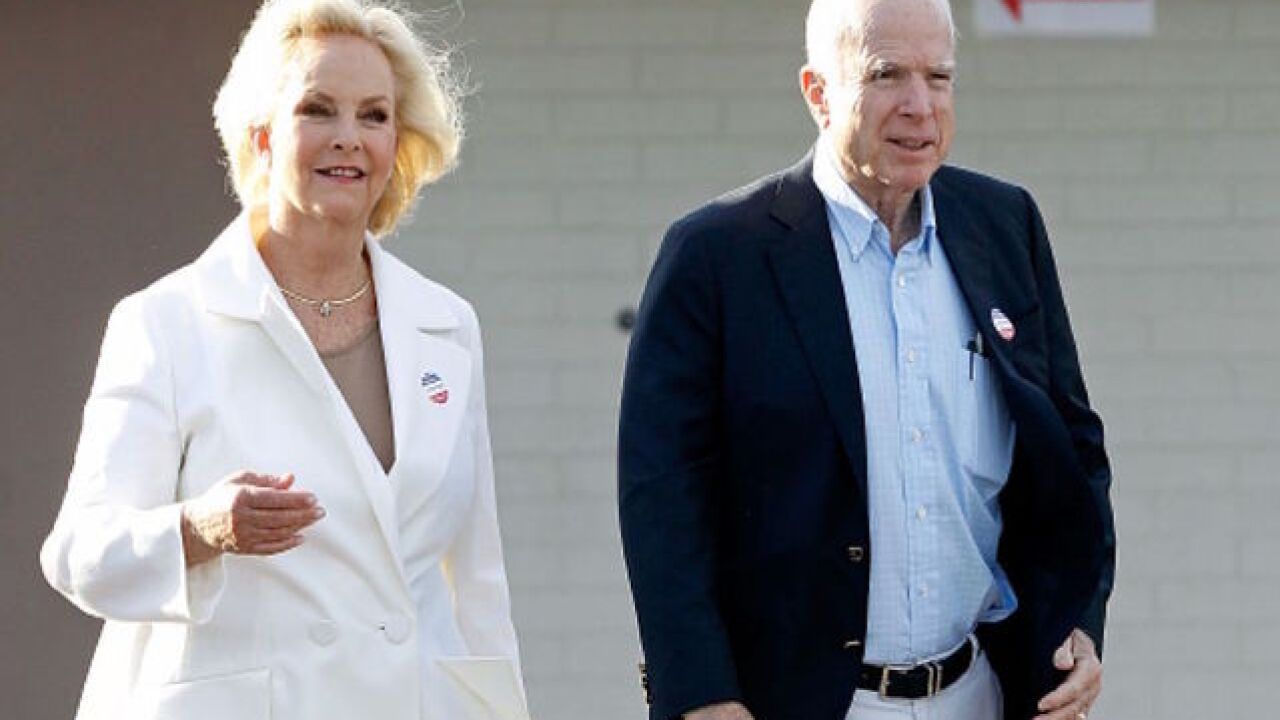 Cindy McCain served as the honorary captain at the Arizona Cardinals game on Sunday.

The Arizona Cardinals made the announcement that she would attend on Twitter on Friday afternoon.

We are pleased & privileged to announce that Cindy McCain will serve as our honorary captain for Sunday’s regular season opener vs. Washington. #InTheArena pic.twitter.com/LeRLGOR9rB

It was McCain’s first public appearance in Arizona since Sen. John McCain’s passing on August 25.

The Arizona Cardinals played the Washington Redskins on Sunday at 1:25 p.m.

Thank you to @LarryFitzgerald and @AZCardinals for your warm welcome and touching tribute to John. Support for our family has been overwhelming. We’re going to keep fighting for the America John believed in everyday with the @McCainInstitute and hope you will join us #InTheArena