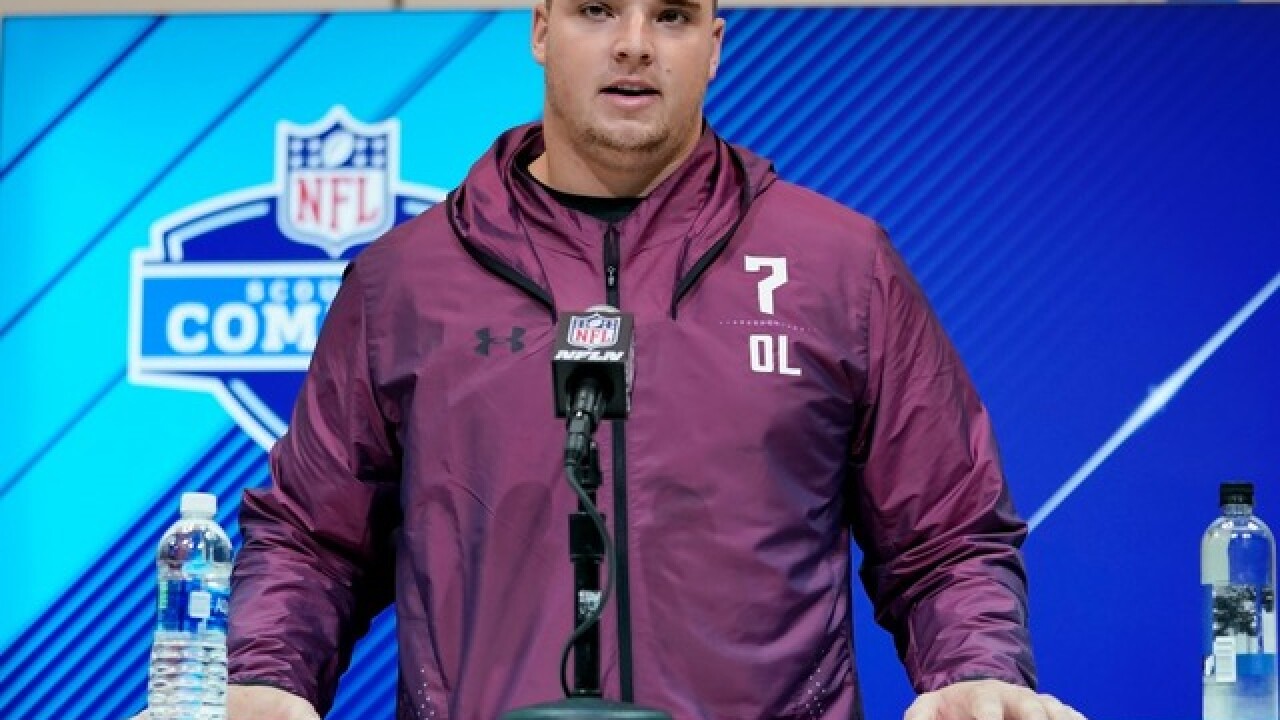 The Arizona Cardinals looked to provide a boost to their offensive line by selecting Michigan center Mason Cole in the third round (97th overall pick) of the NFL Draft on Friday night.

The 6-foot-4, 307-pound Cole grew up in Tarpon Springs, Florida, where he attended East Lake High School. Per landof10.com,  he became the first true freshman in Michigan history to start on the team's offensive line, and he broke the team's record for consecutive starts on the offensive line.

Cole was rated by ESPN as the fifth-best center in the 2018 draft.

Per his NFL.com draft profile,  "Cole relies on athleticism over power and will have to improve his hand usage and balance in order to match up against the talent he will see on the next level. While he has two years of starting experience at tackle, he's too inconsistent in protection to hold up there for very long. Cole could become an early starter, but his ceiling might not be higher than average starter."

Earlier on Friday, the Cardinals selected Valley native Christian Kirk in the second round of the NFL Draft.  They selected quarterback Josh Rosen in the first round on Thursday.