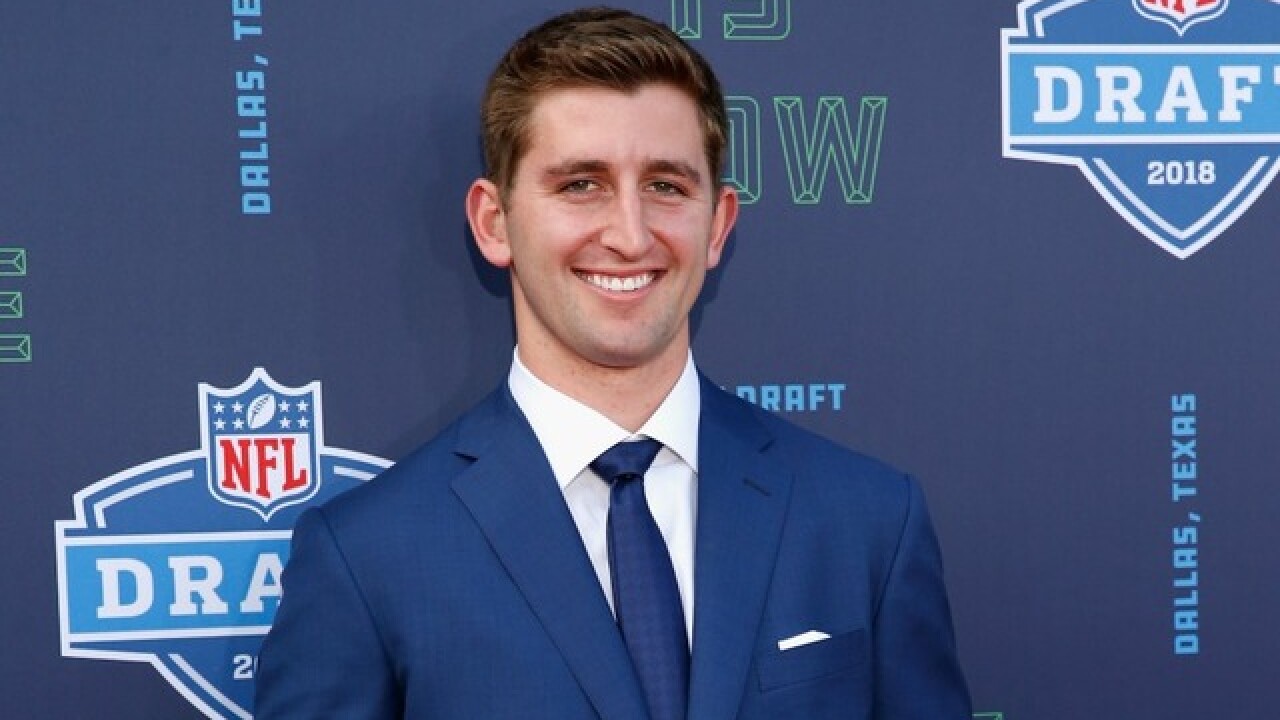 Copyright 2018 Scripps Media, Inc. All rights reserved. This material may not be published, broadcast, rewritten, or redistributed.
Tim Warner
<p> Josh Rosen of UCLA poses on the red carpet prior to the start of the 2018 NFL Draft at AT&T Stadium on April 26, 2018 in Arlington, Texas. (Getty Images)</p>

Quarterback Josh Rosen has decided to accept Diamondbacks manager Torey Lovullo's invitation -- and his fellow rookie is going to join him.

Rosen and Valley native Christian Kirk -- the Cardinals' first- and second-round picks, respectively, in last month's NFL Draft -- will throw out the ceremonial first pitches before the Arizona Diamondbacks' game vs. the visiting Cincinnati Reds at Chase Field on Tuesday night.

After Rosen was drafted, Lovullo, a fellow UCLA alum, invited the QB to throw out the first pitch at a future D-backs game -- an invitation Rosen said he's looking forward to. Kirk is a Scottsdale native and graduate of Saguaro High School in Scottsdale.

The Diamondbacks will also recognize the Cardinals' 2018 rookies during an on-field pregame ceremony Tuesday.

From one UCLA Bruin to another, Torey Lovullo welcomes @AZCardinals first rounder @josh3rosen to the Valley and extends a personal invitation. #AllAZ pic.twitter.com/1Re1enMGox

Ahhh, I would love to!!! Thank you so much for the welcome, I’m excited to call AZ home now! Go Bruins!