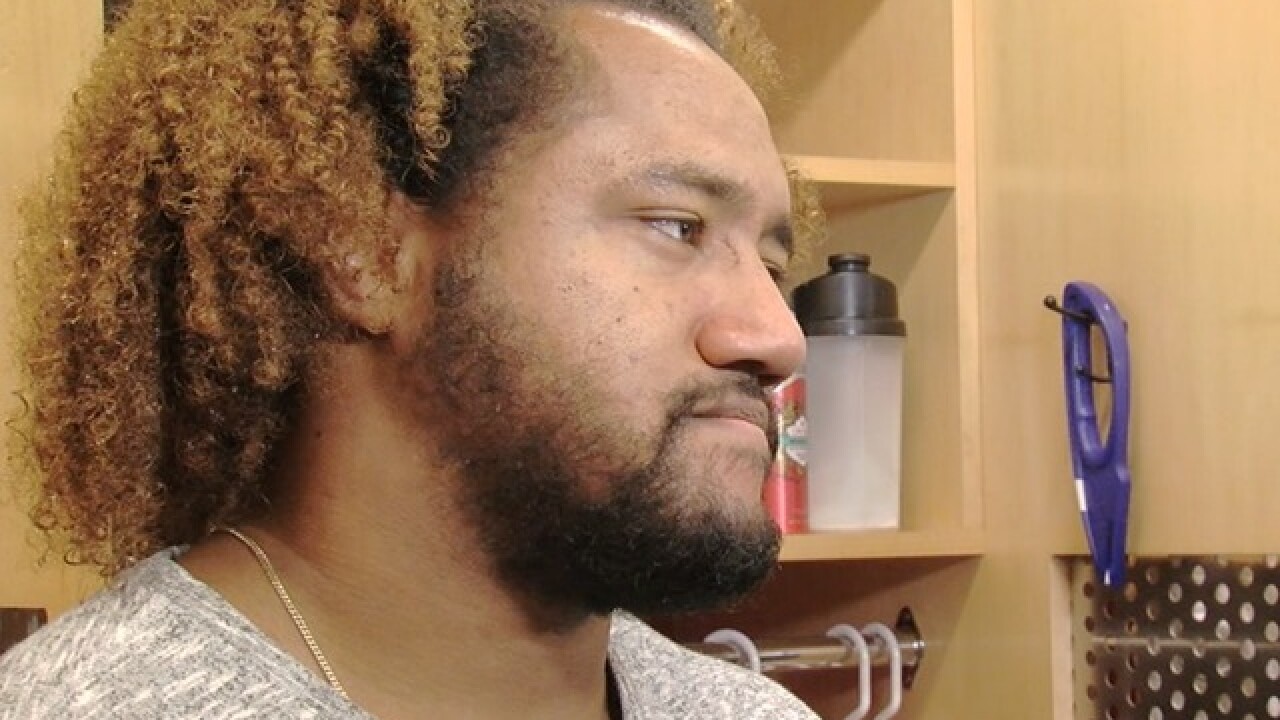 Copyright 2018 Scripps Media, Inc. All rights reserved. This material may not be published, broadcast, rewritten, or redistributed.
<p>(Ray Telles/ABC15)</p>

If you saw Josh Rosen's debut with the Arizona Cardinals, you know not everything went smoothly for the rookie quarterback from UCLA -- but you also probably noticed that was not all Rosen's fault.

Playing behind the Cardinals' second-string offensive line, the 2018 first-round draft pick didn't have much time to throw the ball during Saturday's game vs. the Los Angeles Chargers -- and to make matters worse, he had to deal with a number of low snaps from backup center Daniel Munyer.

After the game, Rosen brushed off Munyer's struggles and noted it's just part of playing football -- but on Monday, Munyer took responsibility for his poor snaps and said he knows he can do better.

"Everyone saw. It wasn’t my best performance by any means," Munyer said. "We’ve got to come back as a unit and play stronger. Me personally, (I've) got to do what these coaches and this organization know that I can do.

"That’s why I'm here. I’m a center. I’m here to snap the ball. Had about five or six bad ones, which was frustrating because I don’t do that."

A former Colorado Buffaloes star, Munyer played for the Chiefs from 2015-16 and spent last season with the Cardinals. This year, his role as a backup center became even more important following the season-ending injury to first-stringer A.Q Shipley a week ago. That injury moved rookie Mason Cole up to the team's first-string center, and presumably bumped Munyer's role up to center No. 2.

But Munyer knows he must improve going forward in order to maintain that position.

"I think highly of myself and I treat myself as a professional. That’s how I go about my work," Munyer said. "I got in that rut in the second quarter and just had to snap out of it. I ended up getting out of it, but I did feel bad because it was when Josh was in at quarterback.

"I told him after, I was like, 'Man, I’m sorry.' I didn’t even know I was doing that until it was too late. I definitely killed some momentum in terms of timing with the throws and everything like that, and I’m aware of that, but as a player you’ve got to bounce back, and that’s what it’s about. It’s what you do after that."

The good news for Rosen is he will see some playing time with the first-team offense, including the starting offensive line, for Friday's preseason matchup at the New Orleans Saints. Head coach Steve Wilks made that announcement Monday.