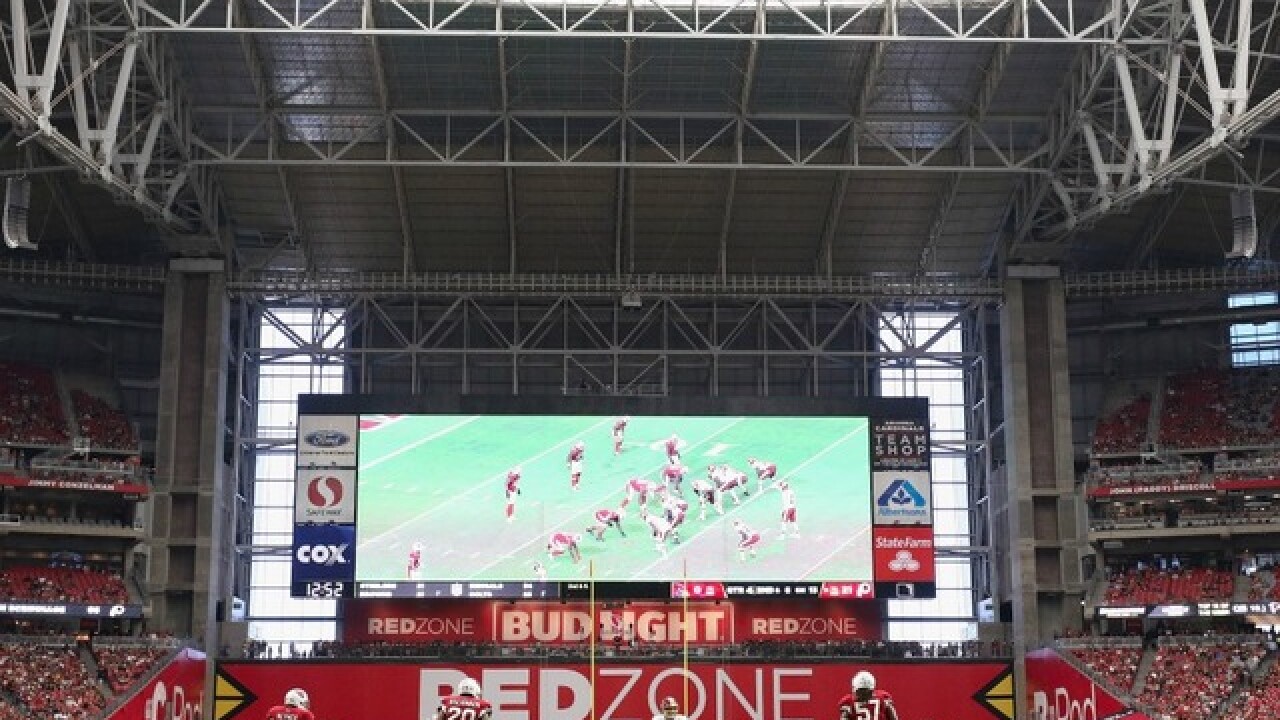 Copyright 2018 Scripps Media, Inc. All rights reserved. This material may not be published, broadcast, rewritten, or redistributed.
Christian Petersen
<p>General view as quarterback Alex Smith #11 of the Washington Redskins prepares to snap the football against the Arizona Cardinals during the NFL game at State Farm Stadium on September 9, 2018 in Glendale, Arizona. The Redskins defeated the Cardinals 24-6. (Getty Images)</p>

Whether you watched the game in person or on TV, you could hear it: Fans were not happy with the Arizona Cardinals' performance in Sunday's season opener.

Cardinals fans resorted to booing multiple times during their team's 24-6 loss to the Washington Redskins in Glendale. Most of the boos were directed toward the offense, as new quarterback Sam Bradford struggled with his accuracy, and the team simply failed to move the ball for most of the game.

At one point early in the fourth quarter, the Redskins had more first downs via penalty (six) than the Cardinals had altogether (five). The Cards' only points Sunday came on a late touchdown with the game well out of reach.

"You know what? It was well deserved," Cardinals head coach Steve Wilks said Monday about fans voicing their displeasure. "They come there, they support us, they pay their money and they want to see a good product, and we didn't put a good product on the field yesterday."

“They pay a lot of money. They work extremely hard to be able to buy these tickets. They expect us to play good football. They didn’t see that today," Fitzgerald said after Sunday's game. "Next time we come back here, we owe it to them to perform a lot better and give them something to be happy about and cheer for."

The Cardinals will head on the road this weekend to take on the reigning NFC West division champion Los Angeles Rams on Sunday. The Cards will then have back-to-back chances to re-win over their home fans when they host the Chicago Bears on Sept. 23 and the Seattle Seahawks on Sept. 30.

"I'm disappointed in the mere fact that we couldn't put a more productive game together for our fans," Wilks said. "We're going to make sure we go out this week and practice hard and have a great game plan and go out and execute."