3 big takeaways from the Cardinals' loss to the Redskins 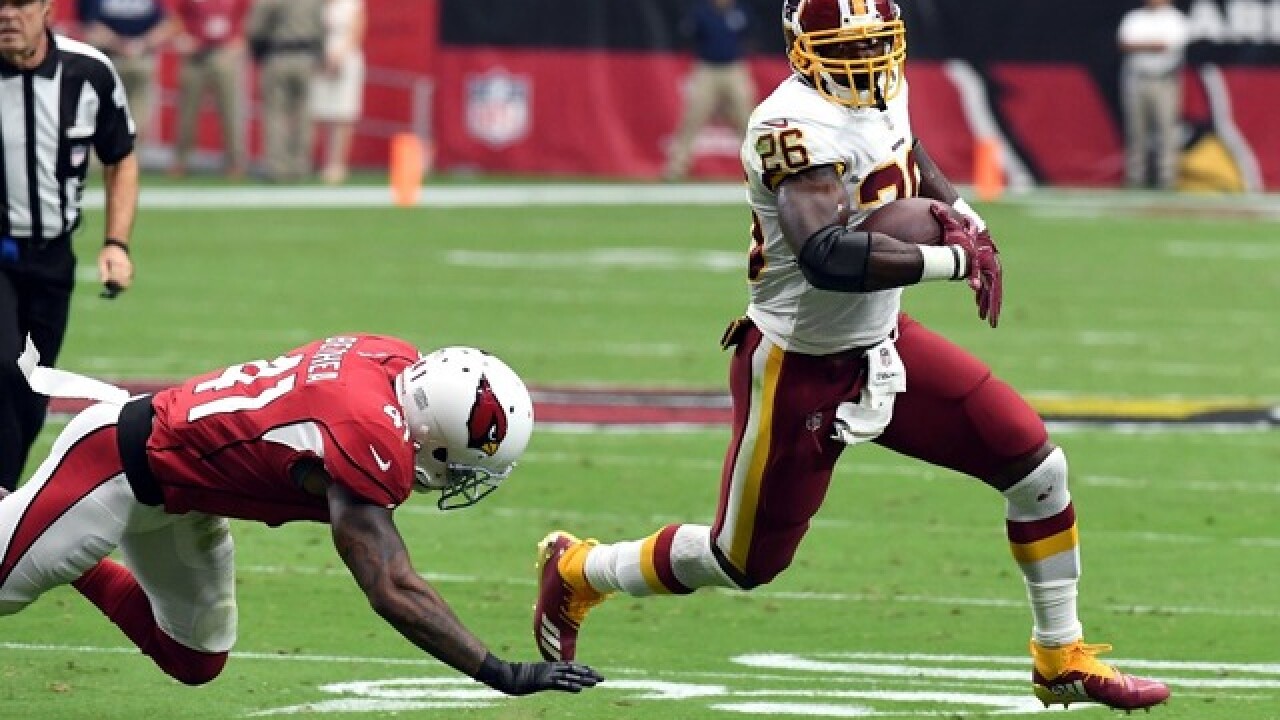 Copyright 2018 Scripps Media, Inc. All rights reserved. This material may not be published, broadcast, rewritten, or redistributed.
Norm Hall
<p>Running back Adrian Peterson #26 of the Washington Redskins runs past defensive back Antoine Bethea #41 of the Arizona Cardinals during the first quarter at State Farm Stadium on September 9, 2018 in Glendale, Arizona. (Getty Images)</p>

The Steve Wilks era got off to -- well, a very poor start at the newly-named State Farm Stadium on Sunday.

The Arizona Cardinals were booed by their home fans as fell flat on both sides of the ball in Sunday's regular-season opener, falling 24-6 to the Washington Redskins. Here are three big takeaways from the defeat.

Sam Bradford's debut in a Cardinals uniform was unimpressive, to put it mildly. It wasn't entirely his fault, as the Cardinals' offensive line often broke down in pass protection, but even when he had time to throw, Bradford made some poor passes, overthrowing open receivers on mid-range throws.

For the game, Bradford completed 20 of 34 passes for 153 yards with an interception and a lost fumble. He completed some late passes with the game out of reach, but it was easily one of the least effective games of his nine-year NFL career.

One of the staples of being a Valley sports fan is seeing guys who used to play out here come back and torch their former team. Examples: Former D-backs No. 1 draft pick Dansby Swanson on Saturday night, and former Cardinals running back Adrian Peterson on Sunday.

Peterson, who played most of the 2017 season with the Cardinals, was signed by the Redskins last month in order to replace injured rookie running back Derrius Guice. Well, Peterson -- along with speedy RB Chris Thompson -- gashed the Cardinals early and often Sunday, both on the ground and through the air.

For the 100th time in his career...@AdrianPeterson rushes for a TD!

The Cardinals were one of the NFL's best rushing defenses last season, allowing just 86.6 yards per game and 3.4 yards per carry. But on Sunday, the Redskins racked up 183 yards on the ground, including 96 yards on 26 carries by Peterson.

New Cardinals head coach Steve Wilks has preached the idea that the Cardinals need to establish the run behind star running back David Johnson in order to set the tone early in games.

It might have surprised some fans, then, that the Cardinals abandoned the run for large portions of Sunday's game. Johnson, who inked a major contract extension with the Cards on Saturday, didn't touch the ball much, even after he had some effective runs early in the first quarter. The Cardinals finally got Johnson involved late with the game out of reach, as he scored the Cards' only TD of the game on a 2-yard run.

.@DavidJohnson31 gets in for the TD.

-The Cardinals racked up the penalties Sunday, committing nine of them for 63 yards. Six of those penalties resulted in Redskins first downs.

-Larry Fitzgerald caught seven passes for 76 yards Sunday. He extended his streak of consecutive games with a catch to 212 games, moving him into sole possession of second place in NFL history. Jerry Rice is the all-time leader.

-Scottsdale native and rookie wide receiver Christian Kirk gave us a sample of his explosiveness with a-44-yard punt return late in the game that nearly went for a touchdown. The former Saguaro High School standout was the Cards' second-round pick this year, and he'll be exciting to watch.