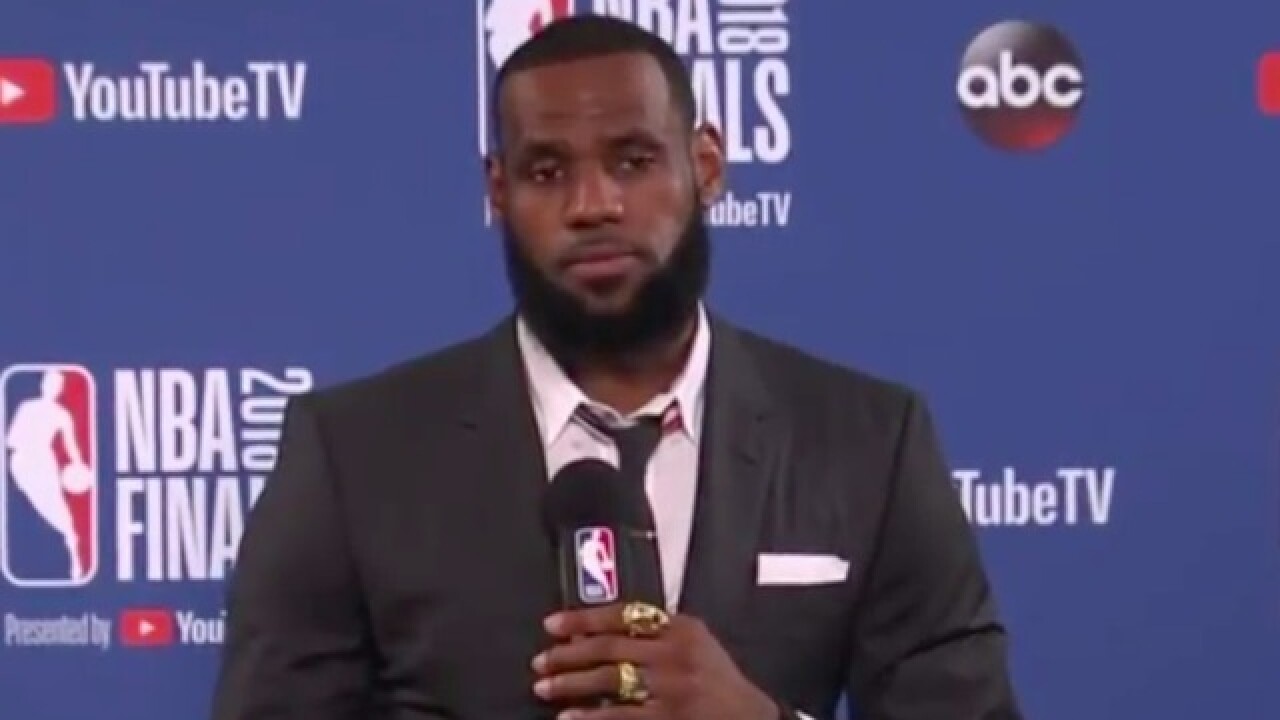 Considering the way Thursday night's game ended, it's hard to blame LeBron James for being a little ticked.

As documented here, LeBron's Cavaliers fell to the Golden State Warriors in overtime in Game 1 of the NBA Finals after teammate J.R. Smith failed to realize the Cavs were NOT ahead in the final seconds and attempted to run out of the clock.

After the game, Smith said he knew the game was tied, even though his explanation didn't make much sense and it seems clear he told LeBron "I thought we were ahead" immediately after the play.

JR Smith has us all reading lips. pic.twitter.com/K6msOoTpES

Well, LeBron, who scored 51 points Thursday, was naturally asked about those final seconds in his postgame press conference. After being pressed multiple times about his conversation with Smith and whether Smith knew the game was tied, King James had enough.

"Be better tomorrow," he said as he left the interview room with his $41,000 Thom Browne bag.

Bron walked out of the press conference and told the media to “be better tomorrow.” 💀