ASU loses game, and chance to win division, on another controversial call 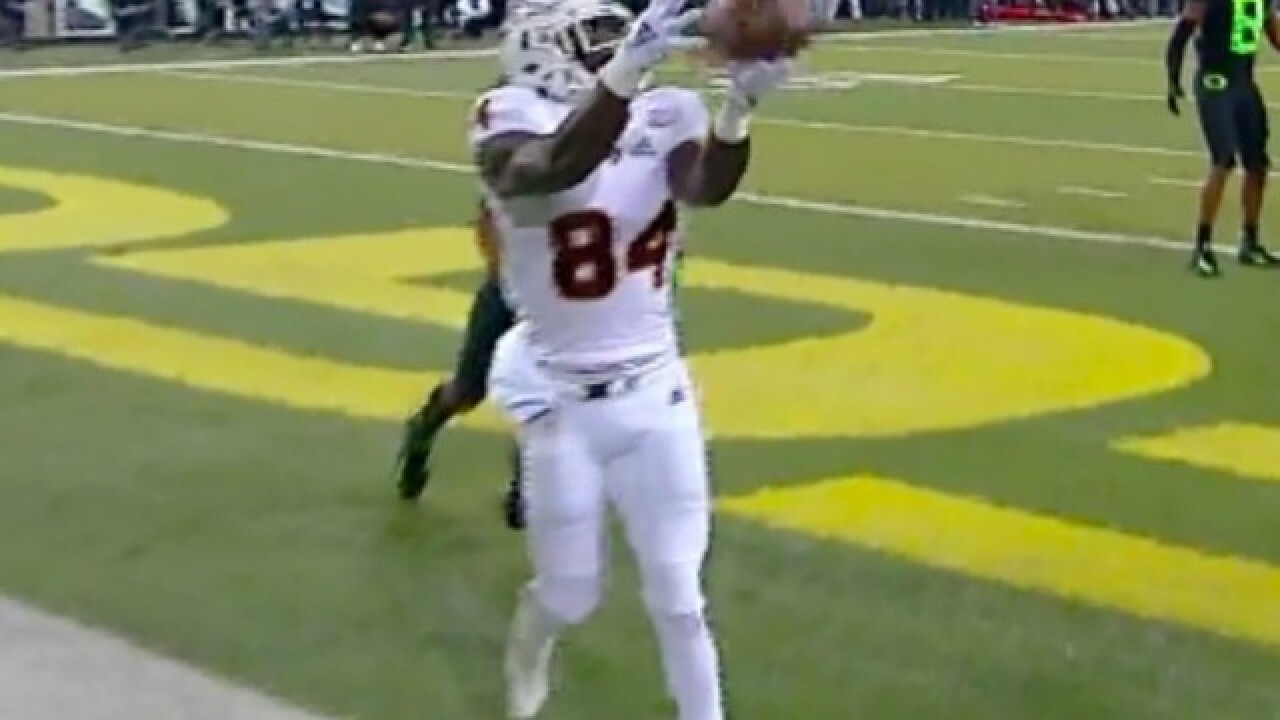 All five of the Arizona State Sun Devils' defeats this season have come in heartbreaking fashion. Their first four losses all came by exactly seven points -- and on Saturday night/Sunday morning, their fifth defeat came by just two.

And just like old times, a controversial call hurt the Sun Devils in the final minutes.

Heading into Saturday night's game at Oregon, the Devils' mission was clear: Beat the Ducks, and then win at Arizona next weekend, and ASU would be Pac-12 South champions. ASU nearly kept those hopes alive by mounting a second-half rally vs. Oregon that fell just short, thanks in part to a call that could have gone either way.

ASU scored a touchdown with 4:35 left in the fourth quarter to cut Oregon's lead to 31-29. Naturally, the Devils went for the two-point conversion to tie the game, and on that attempt, quarterback Manny Wilkins' pass was caught by wide receiver Frank Darby in the back of the end zone -- but Darby's foot was ruled to be out of bounds.

Replays showed it was extremely close, but shockingly, Pac-12 officials didn't even take time to review the play to ensure they got it right.

ASU did have a chance to win in the final minutes following an Oregon turnover. But a Wilkins fumble gave the Ducks the ball back and sealed Oregon's victory, eliminating ASU from Pac-12 South title contention. Instead, the Utah Utes will represent the South in the Pac-12 Championship Game.

The situation brings up awful memories for Sun Devil fans on multiple fronts. Earlier this season, the very same Frank Darby was, in the opinion of some, robbed of a game-tying catch in the final seconds at San Diego State. Also, ASU lost a triple-overtime game to Oregon three years ago thanks in part to a very similar call that went against the Sun Devils. In that scenario, an Oregon receiver appeared to have a foot out of bounds, but it was ruled the other way.

One of these catches was ruled complete. The other one was ruled out of bounds. pic.twitter.com/qGQuc9OfHc

At any rate, the 6-5 Sun Devils now turn their sights to retaining the Territorial Cup next Saturday when they will take on the Arizona Wildcats in Tucson. UA had a worse evening than ASU did Saturday night, falling 69-28 to Washington State.