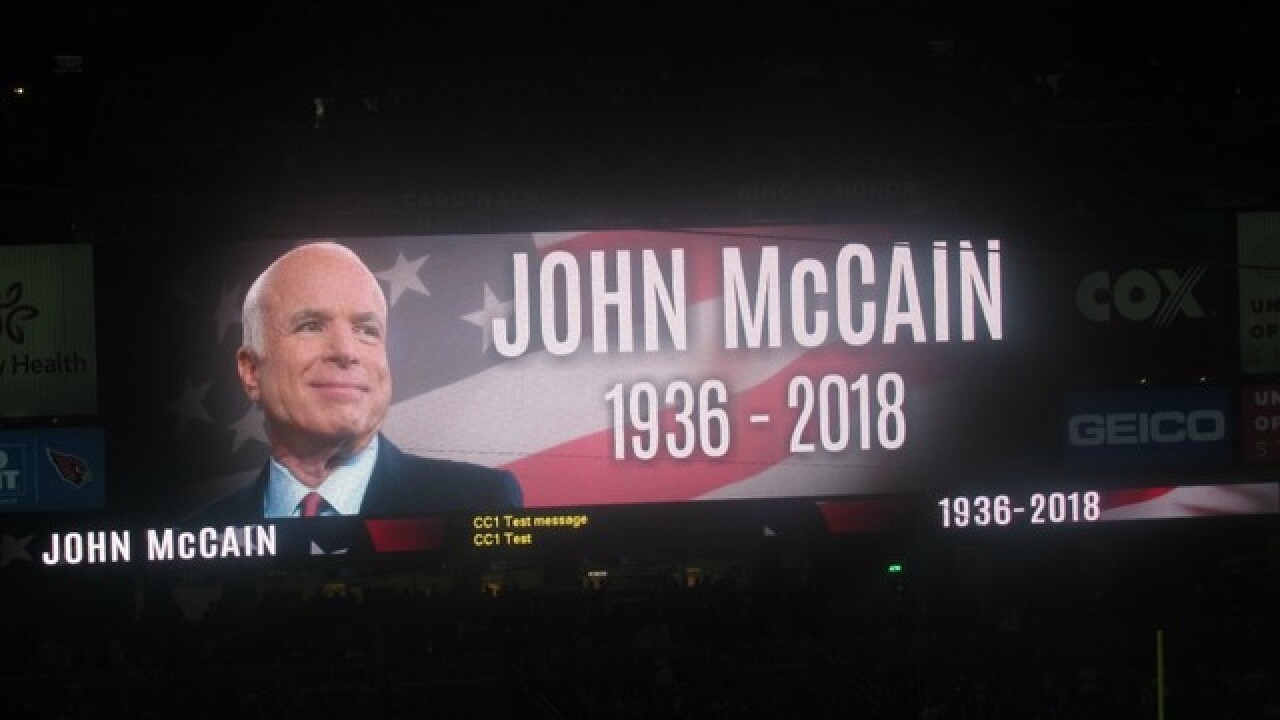 The Arizona Cardinals paid tribute to late U.S. Senator John McCain on Thursday night before their preseason finale vs. the Denver Broncos at University of Phoenix Stadium.

The Cardinals aired a video tribute to McCain and had a moment of silence for him before the singing of the national anthem.

Cardinals players stand during the moment of silence for John McCain before tonight's game. pic.twitter.com/O6XCXwTJYb

Earlier on Thursday, Cardinals wide receiver Larry Fitzgerald, a longtime friend of the McCain family, spoke at McCain's memorial service in Phoenix.  He made it to Glendale in time for Thursday night's game.

After delivering a eulogy for his friend John McCain earlier today, Larry Fitzgerald is in Glendale for the Cardinals' preseason finale. pic.twitter.com/h5ABEME3qP

"While from very different worlds, we developed a meaningful friendship," Fitzgerald said of McCain. "He didn't judge individuals based on the color of their skin, gender, political affiliation or their bank accounts."