A homecoming for Kennard with the Cardinals 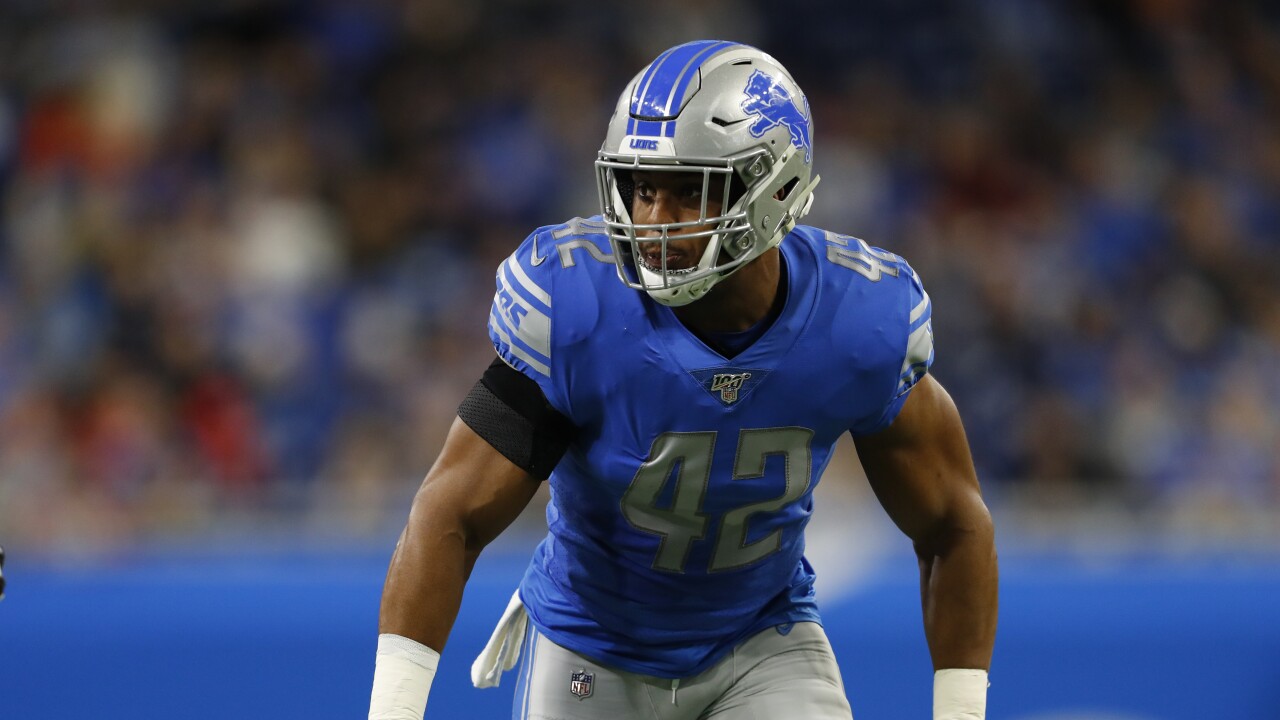 Paul Sancya/AP
Detroit Lions outside linebacker Devon Kennard waits on the snap during the first half of an NFL football game against the Tampa Bay Buccaneers, Sunday, Dec. 15, 2019, in Detroit. (AP Photo/Paul Sancya)

In the first week of NFL Free Agency, the Arizona Cardinals filled a void at outside linebacker. For Devon Kennard, it was a lifetime goal achieved.

“I was talking to some of my buddies I grew up here with and played high school ball with, and we'd always have conversations, like how cool it would be if I played for the Cardinals one day," said Kennard. "But it’s one of those things you didn't think would actually happen and what are the chances, type of deal. So when it did, you know, it was just kinda like, wow.”

Kennard grew up in Ahwatukee, just six miles from Cardinals headquarters, so when the Detroit Lions surprisingly cut him, the chance to return and join his hometown team took shape pretty fast.

“I think it's a young team with a lot of opportunity," the six-year veteran said. "I like what Coach Kingsbury's doing here, and I'm excited about the direction of the program and what we'll be able to accomplish this year.”

The former Desert Vista High School star comes from a football family. His dad, Derek, played offensive line for the St. Louis Cardinals and then moved with the team to Phoenix. He later played for the New Orleans Saints and then won a Super Bowl with the Dallas Cowboys in 1996 at Sun Devil Stadium, walking off the field with 4-year-old Devon on his shoulders.

“The picture of me on my dad's shoulders, like that's something I still remember," Kennard said.

He added that he used to sneak his dad's customized Super Bowl trophy out of its case at the house to show his friends. Now, Kennard can chase a trophy of his own with the Cardinals.

"My dad was super excited," Kennard said of him signing with the Cardinals. "I remember when I first mentioned it to him, he was like really? Like, no way. It's just the fact that, you know, father and son being able to play for the same organization. I don't know how many times that's happened, but you know, I'm sure it's not that common.”

A nominee for the 2019 Walter Payton NFL Man of the Year Award, Kennard has always focused on giving back to the youth. The chance to now do so in the Valley, and perhaps inspire a young Arizona athlete like he once was, is something he looks forward to.

"I'm no different than any of them," Kennard said. "I grew up right in Ahwatukee area, went to Desert Vista, and you know, worked hard and made my dreams come true. And there's no reason why any kid in the Valley can't go out and do the same thing."

The only downside to playing at home? Ticket requests.