3 big takeaways from the Cardinals' preseason win over the Saints 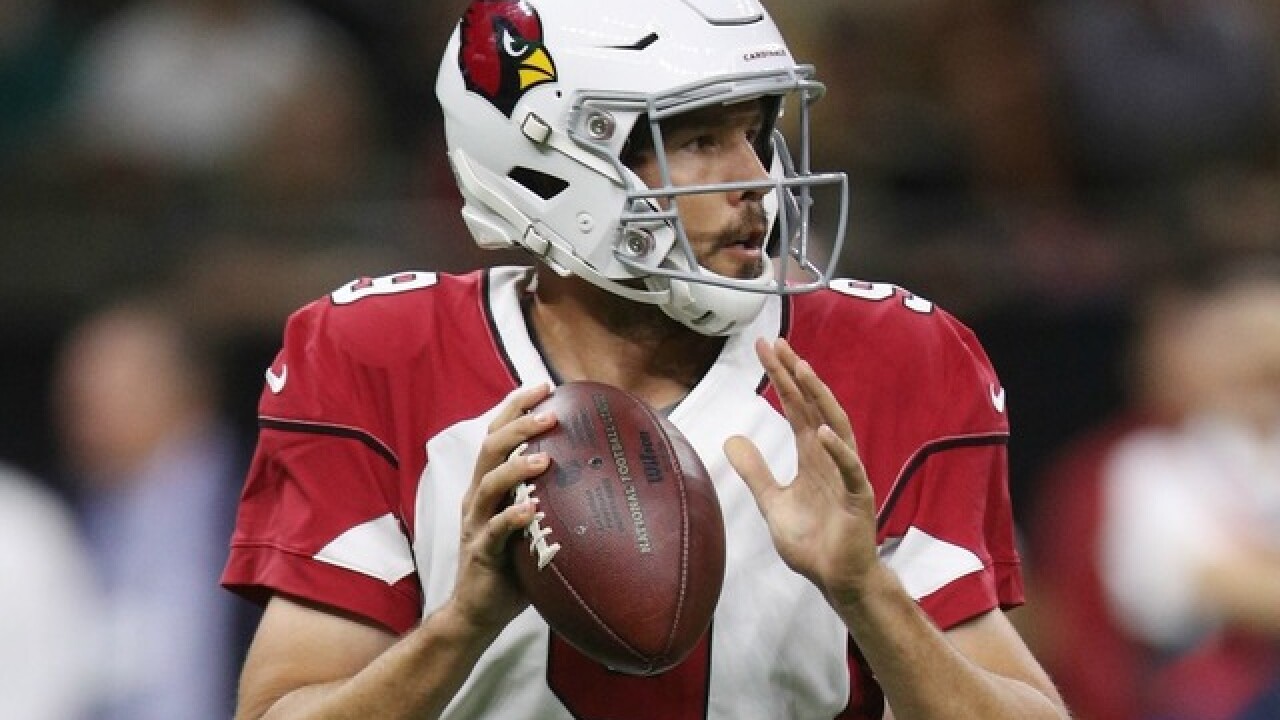 Copyright 2018 Scripps Media, Inc. All rights reserved. This material may not be published, broadcast, rewritten, or redistributed.
Chris Graythen
<p>Sam Bradford #9 of the Arizona Cardinals throws a pass against the New Orleans Saints at Mercedes-Benz Superdome on August 17, 2018 in New Orleans, Louisiana. (Getty Images)</p>

The Arizona Cardinals are 2-0 in the preseason thanks to some first-half forced turnovers and some big plays from their top two quarterbacks.

Here are three big takeaways from the Cards' 20-15 win at the New Orleans Saints on Friday night.

Cardinals fans had to love what they saw from the team's first- and second-string quarterbacks Friday. New starting QB Sam Bradford was a perfect 6 of 6 for 61 yards in the first quarter, and backup Josh Rosen turned in a stellar performance, as well, completing 10 of 16 passes for 107 yards and a TD pass to second-round pick Christian Kirk.

Welcome to the @NFL, rookies! pic.twitter.com/3Rtik3JVFM

Kirk had another impactful game after a big punt return in last weekend's game; the Scottsdale Saguaro High School alum caught four passes for 49 yards and that TD from Rosen on Friday. But he wasn't the only standout at wide receiver for Arizona.

Second-year pro Chad Williams also turned some heads Friday, catching three passes for 44 yards vs. the Saints. The 2017 third-round pick from Grambling didn't make his way on the field much during his rookie season, but if he keeps it up, he may see more action in 2018.

The Cardinals forced four Saints turnovers Friday, but some of those were frankly unforced errors on New Orleans' part. This interception, however, by fifth-year pro Bené Benwikere, was not.

In the first half of Friday's game, Benwikere added to his stellar preseason by catching this pass from Saints QB Taysom Hill and managed to keep both feet in bounds while doing so.

This comes after Benwikere, who is currently listed as a second-stringer on the Cardinals' depth chart, forced a fumble that resulted in a Cards touchdown last weekend vs. the Chargers.

After missing nearly all of 2017, running back David Johnson was stellar for the second time in as many preseason games. He rushed six times for 22 yards and scored a first-quarter touchdown thanks to a little help from his offensive line.

-Starting defensive tackle Robert Nkemdiche left the game in the first quarter with a foot injury and did not return.

-He's not likely to make the team, but rookie Matt McCrane drilled a 53-yard field goal in the second half.