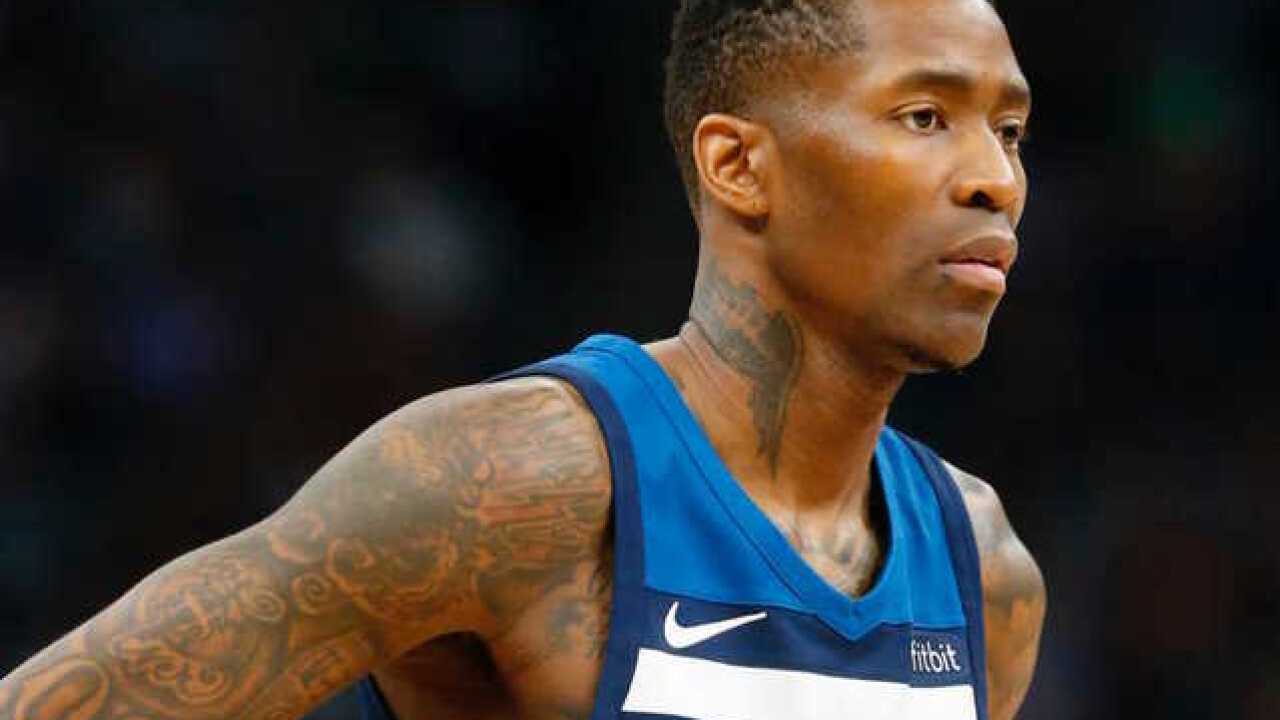 Copyright 2018 Scripps Media, Inc. All rights reserved. This material may not be published, broadcast, rewritten, or redistributed.
AP Photo/Jim Mone
<p>Minnesota Timberwolves' Jamal Crawford plays against the Houston Rockets during the second half of Game 4 in an NBA basketball first-round playoff series Monday, April 23, 2018, in Minneapolis.</p>

The Phoenix Suns have signed a veteran guard to bolster their lineup just days before the season begins, according to media reports.

ESPN reports the team has signed Jamal Crawford to a one-year deal.

The 19-year veteran played for the Minnesota Timberwolves last season, averaging 10.3 points and 2.3 assists over 80 games.

The Suns will be Crawford's eighth team since being drafted with the eighth overall pick in 2000.

A message seeking comment from the Suns was not immediately returned.

The team's first game of the season is Wednesday against the Dallas Mavericks.

Crawford's reported addition comes as the Suns search for certainty at point guard. ESPN reports starter Devin Booker hopes to be available, after missing the entire preseason due to hand surgery.