The attacker was quickly subdued 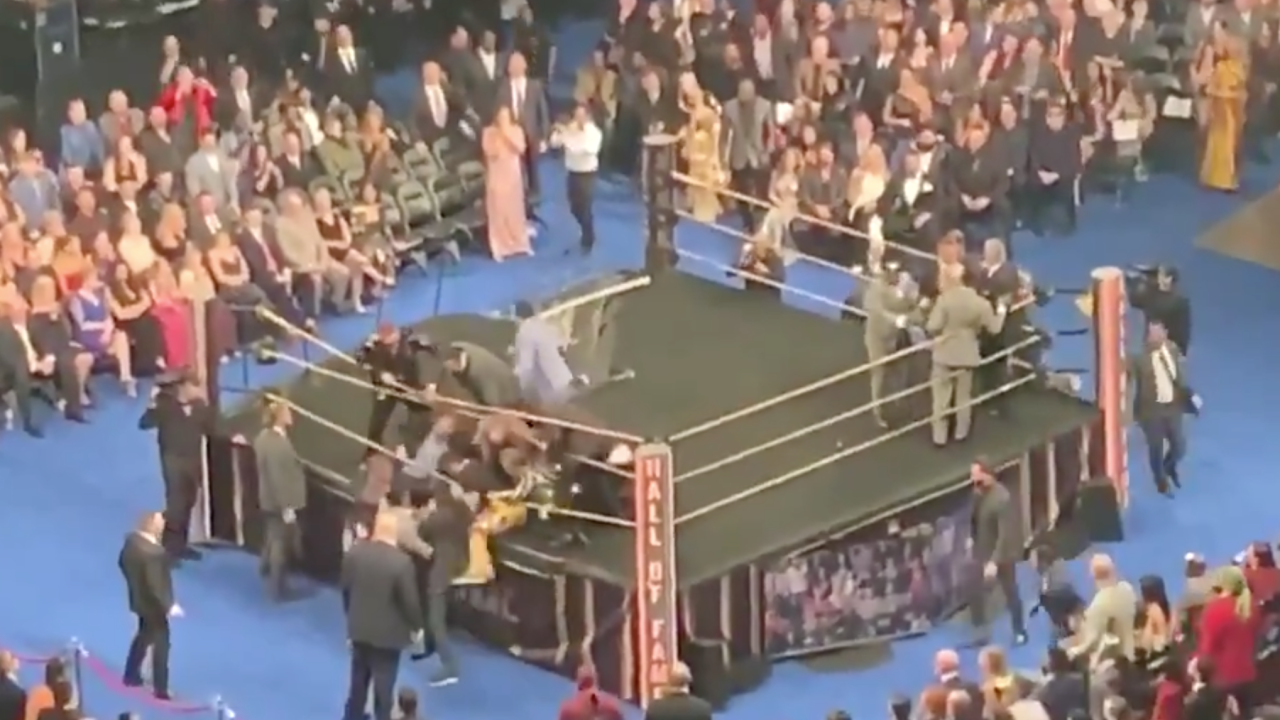 Pro wrestling legend Bret Hart was attacked by a fan during his speech at the WWE Hall of Fame ceremony in New York on Saturday night.

The WWE Network feed of the speech cut out briefly after Hart was attacked by the fan. Fan videos showed that the attacker was quickly subdued by security and several current WWE superstars, and even appeared to be on the receiving end of a punch from current WWE superstar Dash Wilder.

The attacker was charged with two counts of assault in the third degree and disorderly conduct, per the LA Times' Arash Markazi.

Hart was being inducted into the WWE Hall of Fame along with late pro wrestling star Jim Neidhart. The duo formed a tag team called The Hart Foundation. WWE superstar Natalya, Neidhart's daughter and Hart's niece, was on stage with Hart when the attack occurred.

"An over-exuberant fan surpassed our security at ringside and made his way briefly into the ring. The individual has been turned over to the proper authorities," WWE said in a statement.

Bret Hart’s attacker get mad his face smashed in by what looks like Dash Wilder. #WWEHoF #WWE #BretHart #Attack #WrestleMania credit to my boy Martin Endersby via FB pic.twitter.com/dO6Ckhk5Jt

During his WWE Hall of Fame speech, Bret Hart was attacked and tackled by someone from the crowd. The aftermath was WWE stars and security coming in to separate Hart's attacker.

Fan tackles Brett Hart at the Hall of Fame awards and gets destroyed by wrestlers and Rhonda Rousey’s husband. Nothing fake about this! pic.twitter.com/WKdE6KVLlB

I’m so proud of my uncle @BretHart tonight during our HOF ceremony. Bret is a cancer survivor, a stroke survivor and one of the greatest wrestlers of all time. He didn’t deserve to be attacked or have his moment or my dad’s diminished. We got it back on track. Thank you, guys🙏