Predictions for Warriors vs. Raptors in Game 3 of 2019 NBA Finals

The series is even at 1 game apiece 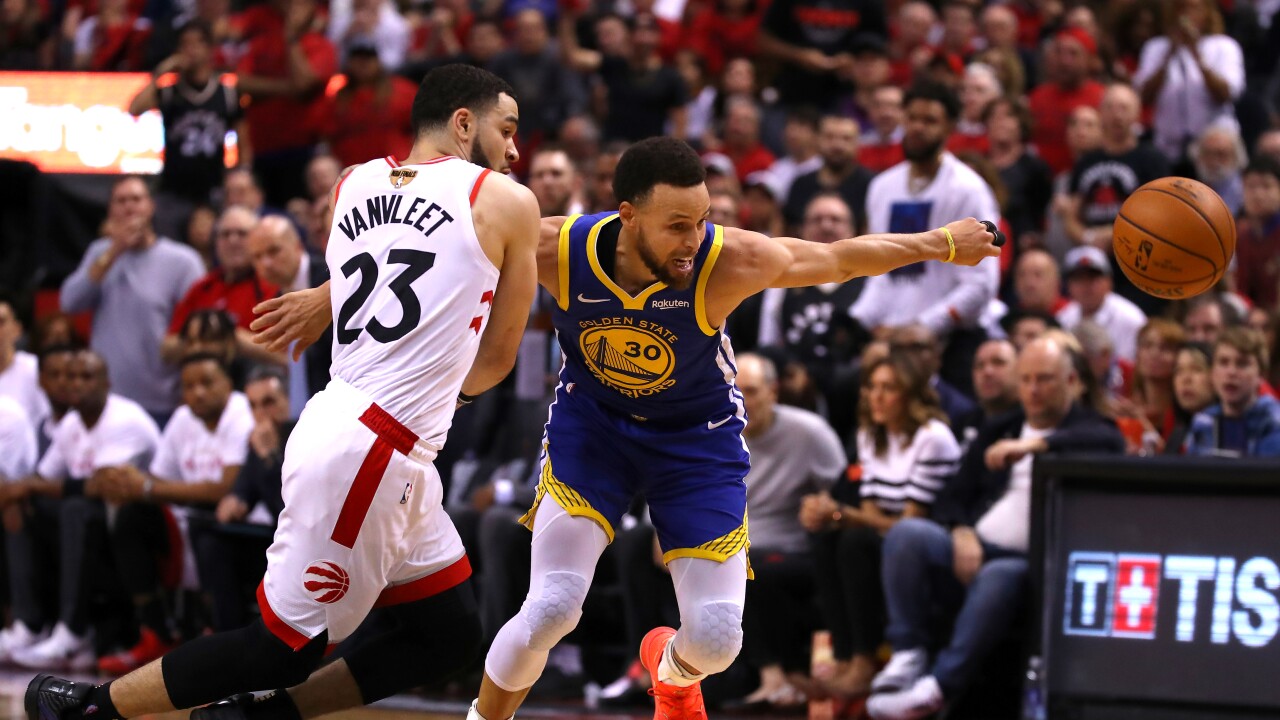 Gregory Shamus/Getty Images
TORONTO, ONTARIO - JUNE 02: Fred VanVleet #23 of the Toronto Raptors and Stephen Curry #30 of the Golden State Warriors battle for the ball in the second half during Game Two of the 2019 NBA Finals at Scotiabank Arena on June 02, 2019 in Toronto, Canada. (Getty Images)

The two-time defending champion Golden State Warriors got even with the Toronto Raptors on Sunday, stealing a win across the border to even the 2019 NBA Finals at one game apiece.

Now, the series shifts back to the Bay, as the Warriors look to take the series lead over the Raptors. Can they get it done? Here are a pair of predictions from the ABC15 news team for Game 3 of the NBA Finals.

This one comes down to who’s healthy -- for both teams. The obvious: For the Warriors, Kevin Durant has been ruled out for game three; Kevon Looney is out for the series, and Klay Thompson is hobbled. On the other side of the court, how healthy is Kawhi Leonard? He was noticeably limping at the end of Game 2.

And then, perhaps the bigger question: Who’s going to step up and contribute on the big stage with star players sitting on the bench?

My guess is that, no matter how banged up the Warriors are, they take Game 3. Warriors 113, Raptors 105

Home-court advantage hasn't mattered much to either of these teams, in the regular season or playoffs, so the series shifting to Oakland might not mean as much as you think. But what we've learned through the first two games of this series is the Raptors won't beat the Warriors if Kawhi Leonard -- who, as Craig mentioned, seems to be hurting right now -- has to do everything himself.

In Game 1, Pascal Siakam and Marc Gasol were outstanding, combining for 52 points on 20 of 37 shooting. But they managed just 18 points on 7 of 25 shooting in Game 2. Regardless of how hobbled the Warriors are, Siakam, Gasol, and possibly Kyle Lowry must do more Wednesday night -- but with Leonard not at 100 percent, I'm not sure even that would be enough. Warriors 105, Raptors 99