Predictions: Arizona Cardinals on the road against the New York Giants 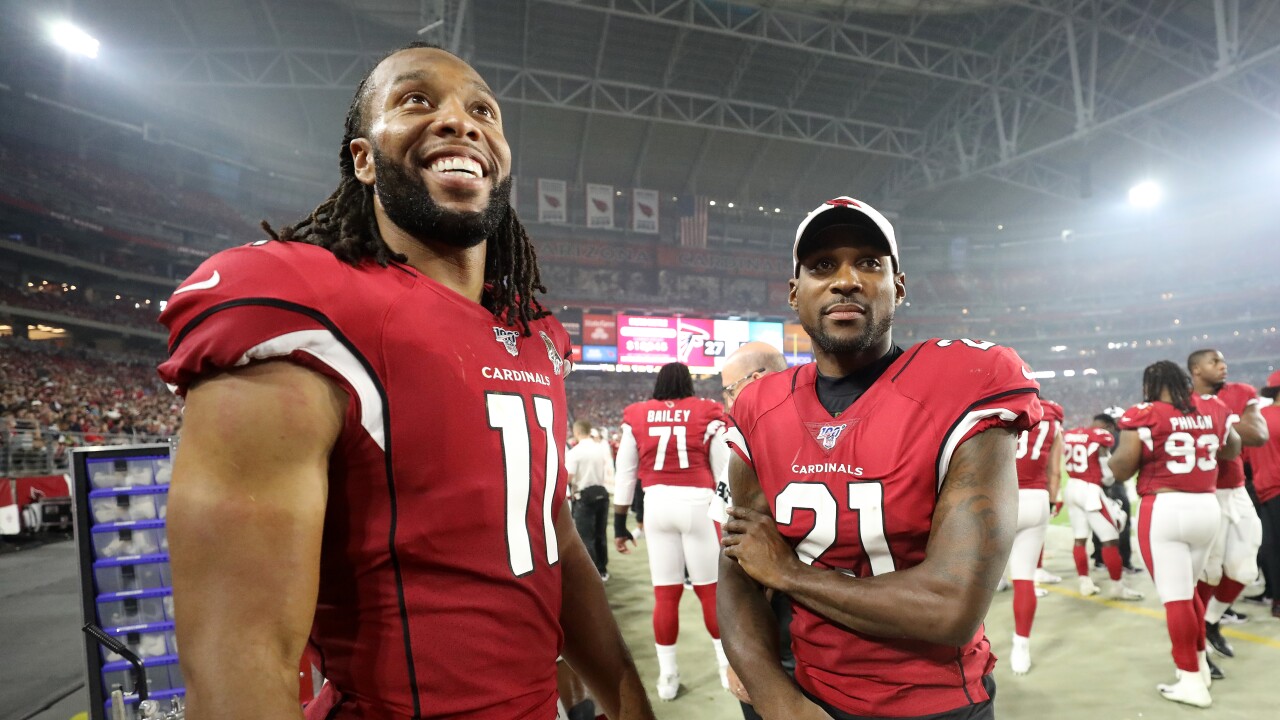 PHOENIX — With two straight wins in their holster, the Arizona Cardinals (2-3-1) head to the Big Apple Sunday brimming with confidence. Their offense is finding its groove and its struggling defense is adding one of the best players in the NFL with the return of cornerback Patrick Peterson. Will that combination of confidence and the “P2” cavalry be enough to knock off the favored Giants (2-4) Sunday at MetLife Stadium Sunday? The answer, as per usual, will probably come down to which quarterback can better navigate the four-quarter battle. In this case, it's which "rookie" quarterback can better navigate the four-quarter battle.

So can the Cardinal notch their third victory in a row? Here are a few predictions for Sunday’s match-up from the ABC15 sports team.

Sunday's game will see a showdown between two of the top six picks in the 2019 NFL Draft behind center. Kyler Murray has been leading the Cardinals since week one and has led his team to a pair of wins. Daniel Jones, the 6th overall pick, has been leading the Giants since week three and he too has led his team to a pair of wins. Murray enters Sunday's game with the hotter hand. His 340 yards passing and three touchdown performance against the Falcons last Sunday earned him NFC Offensive Player of the Week honors while Jones is coming off a pair of defeats to the Vikings and Patriots. Both quarterbacks, though, have re-energized their respective fan bases and the crowd at the Meadowlands Sunday will be fired up to see Jones and the Giants get after a team like the Cardinals.

Both teams Sunday will get arguably their best players back on the field. The Cardinals’ Peterson returns after a six game suspension for PED use while the Giants electrifying running back Saquon Barkley is expected to play after missing the last three games with a high ankle sprain. Both Barkley and Peterson are undeniable difference makers who will make an immediate impact when they return to the field Sunday. Peterson will upgrade a passing defense that's given up the most passing touchdowns in the NFL this season and remains the only unit in the NFL without an interception here in 2019.

While Barkley should find success against the Cardinals defense, the Cardinals should be able to counter with the improving tailback duo of Chase Edmonds and David Johnson. Johnson is developing into a viable pass/run threat in Kliff Kingsbury's air raid offense. He's eclipsed the 100 total yard mark from scrimmage in each of his last three games. Edmonds, meanwhile, is averaging 6.7 yards per carry and has scored a touchdown in each of the Cardinals last two wins.

Ultimately though we return to the quarterbacks - Murray and Jones. Which defense will have the better day in taking the rookie out of his game? That task for the Cardinals falls on linebackers Chandler Jones and Terrell Suggs while the Giants turn to, among others, former Cardinal Markus Golden, who already has a team-high five sacks in 2019.

This game looks evenly matched across the board. The Giants have a slight edge being at home but the Cardinals and Murray ride into town in a much better groove. I'm going to go with Murray here but readily admit, it's a classic 'toss-up' Sunday at the Meadowlands.

Let’s start with Cardinals QB Kyler Murray being named the NFC Offensive Player of the Week and the Pepsi NFL Rookie of the week for his performance last week against the Falcons.

Is that enough to give the Cardinals the nod this week against the 2-win Giants?

If not, how about this: Kyler finished last week with 340 passing yards and 3 touchdowns. The Cardinals also ran the ball for 102 yards and were very balanced offensively (29 rushes to 37 passes). That will be difficult for a struggling Giants defense to slow down.

On the other hand, the Cardinals defense leaves a lot to be desired, even though Patrick Peterson is back for his first game after a 6-game suspension for PED use.

That said, Patrick’s leadership and veteran savvy should be a big help for a less-than-average defense.

The Giants come in as 3-point favorites (simply because of home field advantage) but I really like the Cards on the road this week.

While the developing “air raid” offense has gotten all of the attention the last few weeks, I think the storyline that leads to a Cardinals win Sunday will come on the defensive side of the ball.

Peterson himself called several moves made by the defense the first couple weeks of the season “boneheaded,” and while they’ve won their last few matchups, the defense still hasn’t held an opponent to less than 23 points in one game.

That’s not to say there haven’t been several bright sides to the defense this season. Chandler Jones and Terrell Suggs have a combined 8.5 sacks and 34 tackles, and Jordan Hicks leads the NFL with 63 tackles. However, Peterson should be able to help rejuvenate a secondary group that has yet to have an interception this year.

For the Giants, their goal will be to slow down Kyler Murray, which few teams have been able to do. Last week was the first game of his young NFL career where Murray didn’t get sacked, giving him more time to throw the ball and develop plays, which opened up one of the best rushing games the teams has also had.

In the end, I think this game will come down which team can force turnovers early, which neither has been successful at.