Prediction: Can the Arizona Cardinals advance to 6-3 vs. the Bills? 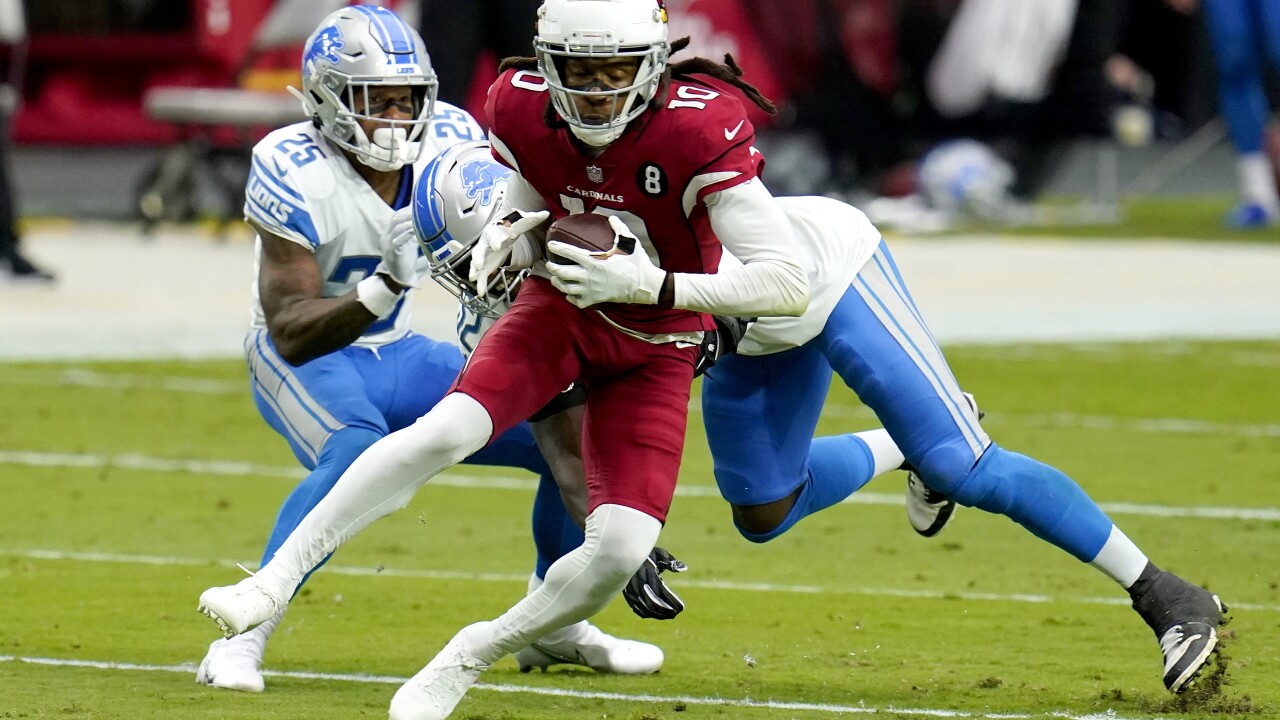 Ross D. Franklin/AP
FILE - In this Sunday, Sept. 27, 2020 file photo, Arizona Cardinals wide receiver DeAndre Hopkins (10) is hit by Detroit Lions outside linebacker Christian Jones during the first half of an NFL football game in Glendale, Ariz. Buffalo's Stefon Diggs and Arizona's DeAndre Hopkins are two receivers who have flourished in their new homes after being traded to their respective teams just hours apart in March. The Bills travel to face the Cardinals in a game that's vital for both teams in their chase for the playoffs, Sunday, Nov. 15, 2020. (AP Photo/Ross D. Franklin, File)

GLENDALE, AZ — Will the real Cardinals please stand up? It's hard not to look at what could be at this point for the Cards if not for clunkers against the Panthers, Lions and Dolphins, the latter two of which sting the most.

Vegas is a believer in the Cardinals, putting them as 2.5-point favorites against the 7-2 Bills. Maybe it's because the Cards have played well and looked motivated against better teams. That same energy just hasn't been there against the 'lesser' teams, but it certainly needs to be there over the next two weeks in particular, where the Cardinals play the Bills and Seahawks in a span of 5 days.

An added boost of energy should come from the return of Devon Kennard and Byron Murphy Jr. off the COVID-19 list.

If Budda Baker can play (he's a game-time decision), the Cardinals will have their starting secondary back on the field together for the first time since the second play of the game in week 1 when Jalen Thompson was injured. But Patrick Peterson talked about the importance of the pass rush against a quarterback like Josh Allen, and the Cardinals will be thin at defensive line with the absence of Jordan Phillips and Leki Fotu.

Both offenses can score with the best of them, both defenses are suspect, but I think the Bills are the more complete team at this point, and I think they come west and pull out a close one.