Predictions: Arizona Cardinals head to SF to take on the 49ers 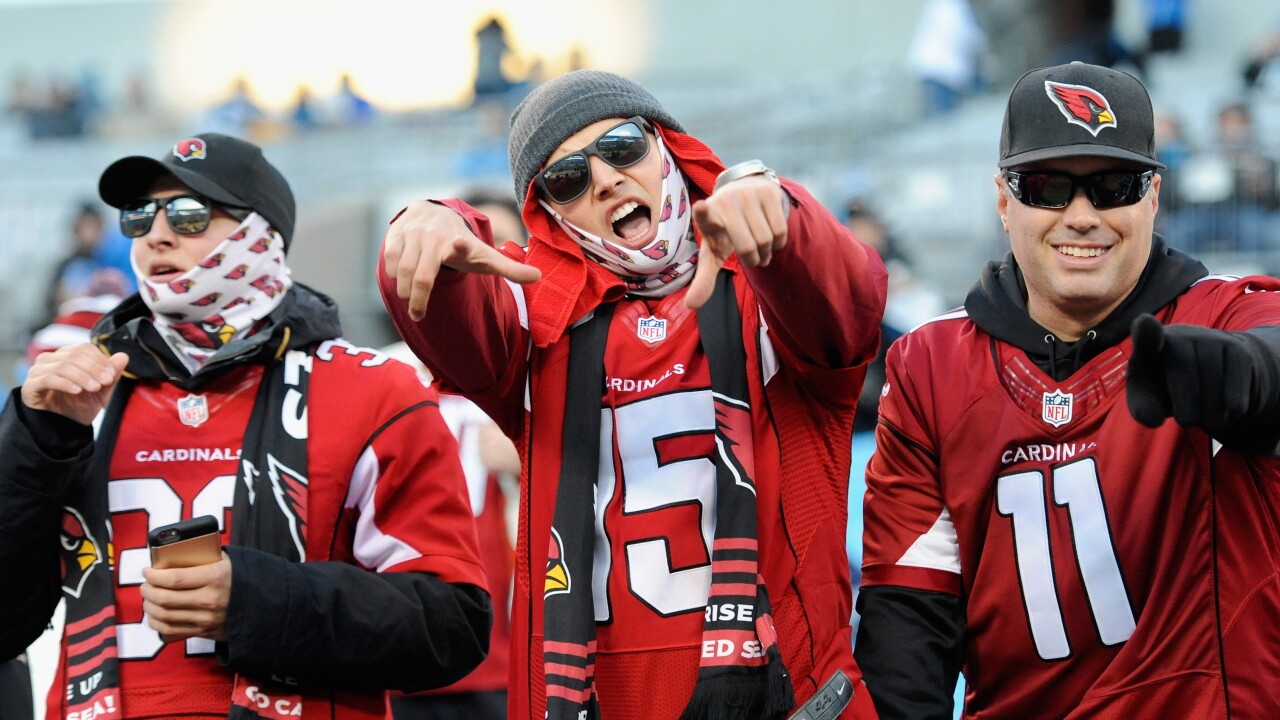 SAN FRANCISCO, CA — The Arizona Cardinals are stumbling toward their bye week, having lost three straight games after a promising start to the first season under coach Kliff Kingsbury and rookie quarterback Kyler Murray.

One of those losses was two weeks ago when Arizona fell 28-25 at home to the 49ers, a performance that gives the Cardinals confidence that if they can fix some mistakes they can compete with the first-place Niners.

Everything in the books says the Cardinals should be heading into their bye week with another loss in San Francisco. But, that’s the beauty of a division rivalry… you never know what can happen.

So can the Cards pull off the upset? Here are a few predictions from the ABC15 sports team.

San Francisco came out of their Monday night loss to the Seahawks like a mash unit with injuries to star receiver Emmanuel Sanders, who suffered a rib injury in the first half and did not return.

Defensive end Ronald Blair III who left with a torn ACL and is now out for the rest of the season. Running back Matt Breida aggravated an ankle injury and is now listed as day-to-day.

And then you have tight end George Kittle who is day to day with a knee/ankle injury and kicker Robbie Gould who has a quad injury.

Bottom line, if you’re ever going to steal a win against a one-loss team, this might be the week. And for the first time in his career, Kliff Kingsbury has a chance to scheme against a team twice in the same season… and twice in three weeks. As good as his play-calling has been lately, I expect some fireworks in Santa Clara on Sunday.

I like sports radio. I listen. I occasionally host. My friends host. I gather all sorts of information and glean quite a bit of entertainment from those that permeate our airwaves. I respect the opinions of the anchors and their guests but I was a little surprised this week that more than a few people both locally and nationally think that the Cardinals have a good chance Sunday to beat the 49ers in Santa Clara. Honestly, it made me rethink my natural instinct when it comes to this NFC West clash. Maybe the Cardinals DO have a chance to win the game Sunday?

Then reality set in. I don't think the Cardinals going to win this football game Sunday. In fact, I know they're not. (That's is the part of the article where I'm secretly hoping for the dreaded reverse jinx, Cardinals fans. I'm trying here, I really am)

The Cardinals offense will keep it interesting. Kyler Murray will give the 49ers defense fits again much like he did Halloween night in Glendale but here's where I just can not pull the trigger on calling a Cardinals upset - the 49ers are not going to lose back-to-back games and they're not going to lose that second straight game at home to a 3-6-1 football team. It's just not going to happen and how don't care how banged up they are. The Cardinals defense limps into this game ranked 31st in the NFL. When the opposition needs a drive or a score, it seems to be easy pickings against Vance Joseph's crew here in 2019. While the 49ers offense stumbled against Seattle and will once again be missing all-everything tight end George Kittle, I don't see Kyle Shanahan's unit rolling out another clunker - especially against the 2nd worst defense in the NFL.

The 49ers defense conversely continues to be one the NFL's best, currently checking in at #2 in there league. Rookie sensation Nick Bosa was MIA on Halloween night - will that be the case again on Sunday? We'll see.

Keep an eye on the Cardinals running back situation - we could be seeing the changing of the guard as Kenyan Drake takes over the #1 job from the embattled David Johnson. Christian Kirk will look to build off his three touchdown performance in Tampa and Larry Fitzgerald of course always seems to shine against San Francisco. Also, look for rookie Keesean Johnson to have a pep in his step as the wide receiver returns home to play his first NFL game in the Bay Area. The Cardinals offense will no doubt need a big day for the Cards to pull off the upset.