Predictions: Warriors, Raptors face off in Finals Game 1 on ABC15

Will the Warriors three-peat? 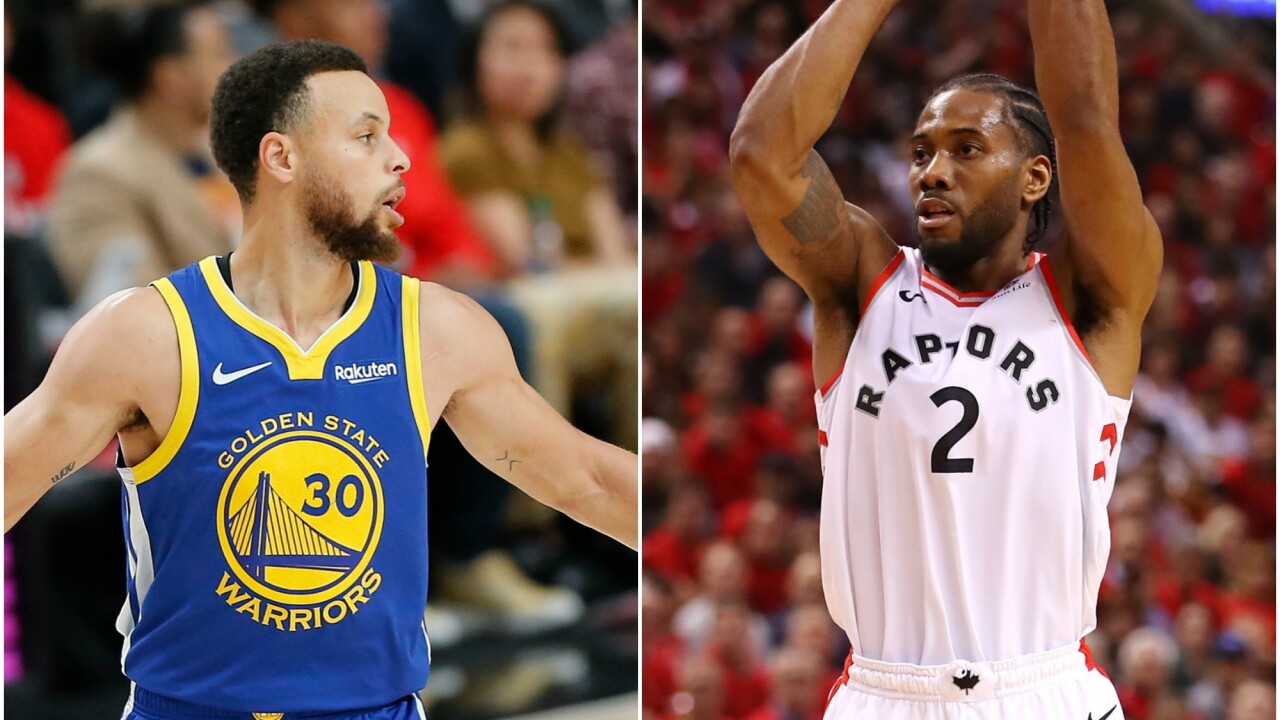 A familiar face and a newcomer will headline the 2019 NBA Finals.

The Golden State Warriors are headed to the Finals once again -- but instead of LeBron James and the Cleveland Cavaliers waiting for them, the Warriors will head north of the border to take on Kawhi Leonard and the Toronto Raptors.

Will the Warriors win their third straight NBA title, or will Toronto pull off the upset to earn its first-ever championship? Here are a pair of predictions from the ABC15 sports team.

Surprise, surprise: The Golden State Warriors are in the NBA Finals once again!

This is the Warriors' fifth straight trip to the Finals and they’ll be looking for their fourth title in the last five seasons, and their third straight. In fact, the Warriors have a chance to become the first to win three titles in a row since the Lakers did from 2000-02.

So, this seems easy to me. Las Vegas has the Warriors as the heavy favorite, and so do I. The Raptors may get a game in Toronto, but I think that’ll be it. Warriors in five.

I wanted to see the Bucks in the Finals because I think they could have given the Warriors a run for their money. I'm not nearly as confident that the Raptors will be able to do so.

Even without Kevin Durant, who continues to be sidelined with a calf injury, the Warriors have continued to roll, and they still have more depth than the Raptors have. Steph Curry and Klay Thompson are as dangerous as ever -- and if they're off target, that's no problem, as the Warriors have been one of the NBA's best offensive rebounding teams during the postseason.

Toronto took advantage of a Bucks team that shriveled under the pressure in the Eastern Conference Finals. The Warriors, who are making their fifth straight trip to the NBA Finals, will not have that problem. Yes, the Raptors swept Golden State in their two-game regular-season series, but the postseason is a different ballgame. Unless Kawhi Leonard puts up 50 points per game, the Warriors will cruise to a three-peat -- with or without Durant. Warriors in four.

The Warriors have been dominant in the NBA Finals the past two seasons (8-1), and I don’t anticipate this year being any different. With Kevin Durant injured, I anticipate Steph Curry leading the way for the Warriors and capturing the first NBA Finals MVP award of his career.

If Kawhi Leonard can continue his fantastic play from this postseason (31 points and 8.8 rebounds per game), I could see the Raptors winning one or two games in the series, but that’s about it. Even without Durant, the Warriors have proven themselves to be by far the best team in basketball, and are deserving of a three-peat. Warriors in six.