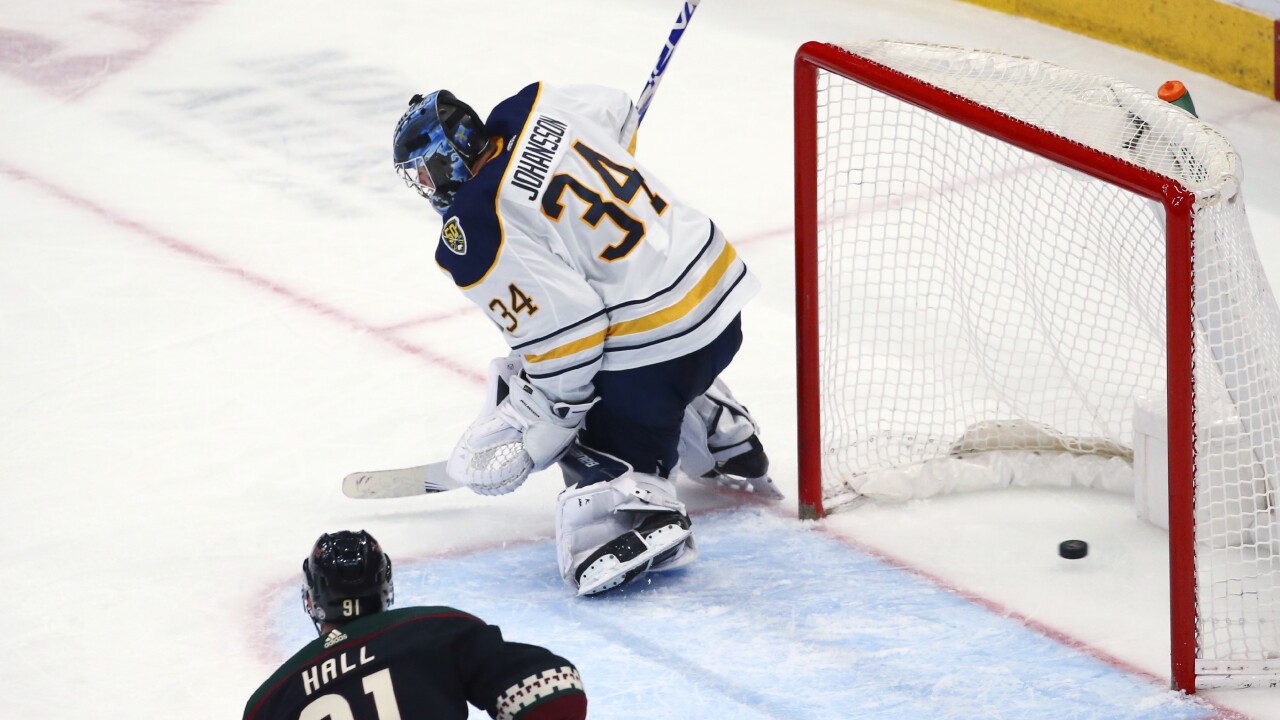 Sports leagues across the state and country have made the decision to suspend or cancel games due to coronavirus.

Some sporting events that have not been canceled have made audience changes.

Here's the latest information on changes to sports schedules:

Formula 1 announced Friday morning it was postponing all upcoming races until May over the coronavirus outbreak.

The NCAA has announced that all winter and spring championships for this academic year have been canceled, which includes the men's and women's basketball tournaments, which were slated to begin next week.

The MLB says Spring Training games have been suspended.

The regular 2020 season has also been pushed back. "Following last night’s newly updated recommendations from the Centers for Disease Control and Prevention (CDC) restricting events of more than 50 people for the next eight weeks, the opening of the 2020 regular season will be pushed back in accordance with that guidance," MLB said Monday.

ASU announced that "Sun Devil Athletics will be canceling all sport competitions, effective immediately, until further notice, in line with the Pac-12 Conference. This decision has been made in consultation with other Pac-12 member universities in an effort to limit the spread of the COVID-19 and in the interest of the health and safety of our student-athletes, campus personnel, working and event personnel, and all those who attend Pac-12 events."

Currently, the XFL will not be playing its regular-season games. However, all players will be paid their base pay and benefits for the 2020 regular season. All XFL ticket holders will be issued refunds or credit toward future games. The XFL is committed to playing a full season in 2021 and future years.

The NHL will be postponing its season due to coronavirus. There has been no word as to whether or not any NHL players or staff have the virus.

The NBA has confirmed its season has been suspended after a player has tested positive on Wednesday for coronavirus.

The United Soccer League, including Phoenix Rising, announced Thursday that play is temporarily suspended due to coronavirus concerns.

Major League Soccer (MLS) is suspending its season for 30 days, effective immediately, due to the coronavirus outbreak.

In response to the coronavirus pandemic and the postponement of this weekend's games in Frisco and Sioux Falls, along with the state of California's limit on the size of crowds due to the pandemic, the Indoor Football League will be postponing its season until further notice following Saturday night's games in Oakland and San Diego. Both games are still scheduled to kick off at 6:05 PT, but will be played with no fans in attendance. Each game will be broadcast live on Youtube. "This is an unprecedented situation that we are taking very seriously," said IFL Commissioner Todd Tryon. "We are monitoring this on a constant basis and are working with the local municipalities and arenas in all of our markets. Our goal is to resume play as soon as possible. The health of our players, coaches, staff, fans, and sponsors is of utmost importance to our teams and to the league, and we will not compromise on those values."

NASCAR and IndyCar have each called off their upcoming races due to the ongoing coronavirus pandemic.

The PGA Tour plans to keep playing without a live audience. Commissioner Jay Monahan says fans will not be allowed for the final three rounds of The Players Championship and the next three weeks up until the Masters.

The Masters announced Friday that it was postponing the tournament, the Augusta National Woman's Tournament and the Drive, Chip and Putt National Finals.

Little League, the organization that oversees more than 6,500 baseball and softball programs around the world, said Thursday that it was suspending all activities until "no earlier than April 6." The organization asked leagues that have already begun their seasons to postpone activities and asked that all reorganize their schedules.