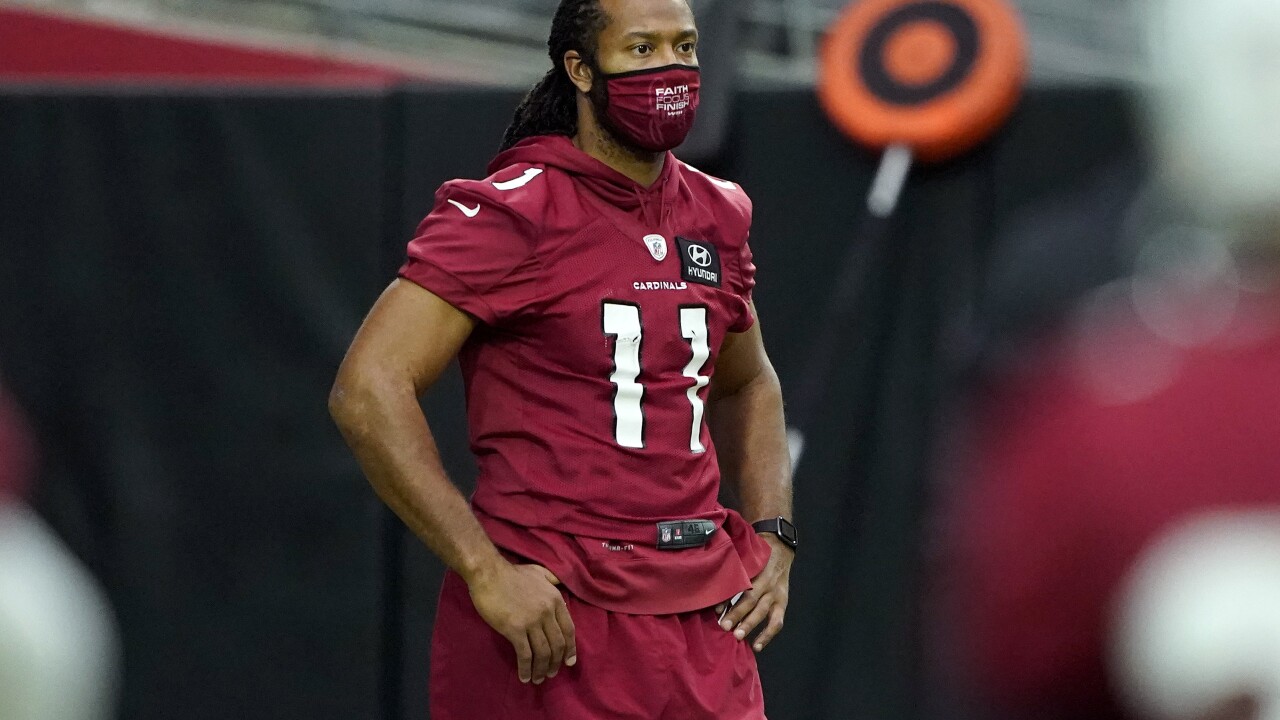 GLENDALE, AZ — Larry Fitzgerald has been asked countless times over the last few years when he is going to hang up the cleats, but Fitz has never shown his cards. Speaking to the media for the first time this season as he gets ready to play in his 17th NFL season, Fitzgerald was instead asked if winning a Super Bowl would complete him as a player.

"Absolutely, that would definitely validate me," Fitzgerald said. "You wouldn't see me around here anymore if that happened."

A Super Bowl is all that is missing from Larry's legendary resume. He's second all-time in career receptions and receiving yards. He's an 11-time Pro Bowler, All-Pro, All-Decade, and a part of the NFL 100th Anniversary All-Time team. But records and accolades don't mean much to him at this point.

"My legacy is pretty much cemented. I just want to win a championship. I want to compete for a division title. Those are the things that are important to me," Fitzgerald said. "Nobody's going to remember how many catches and yards and touchdowns I had. It's an interesting footnote, but I'm not playing for any records or numbers."

Throughout training camp, Fitzgerald hasn't looked like the 37-year-old, 17-year veteran that he is. He's been jumping around with excitement, waving to the non-existent fans, appearing to have more fun than anybody on the field.

"Every day I'm happy, I really am, to do something I truly love and enjoy. This is not something I take for granted. Every time I wake up in the morning, my feet hit the ground, thank the Lord gives me another day. It's not drudgery to get out of bed and go to work. I really enjoy the men that I work with and I got a really great group of guys, you know, no egos no divas, guys that want to work and put forth the effort to get better. You couple that with some great coaches who happen to be great men, it makes it really easy to come into work."

On the field, Fitzgerald said the team has looked sharp and ready. Off the field, he said there is very good chemistry in the locker room and tipped his cap to GM Steve Keim for not only finding the best players but the right fit of guys.

Over his lengthy career, Fitz has played on some very good Cardinals teams and some very bad ones. So where might this group stand when this season is all said and done?

"I feel like it's still too early to answer that question," Fitzgerald said. "We haven't been hit in the mouth yet. We haven't faced any adversity at all. On Sunday, we'll face our first bit of adversity. They're going to make plays, they're going to knock passes down. They're a really daggone good football team, but we're going to find out a lot about our resolve and our fight and what we're really made of this Sunday playing against an elite, elite team that's pretty much doing what we are trying to do, you know, get to the Super Bowl."

Do that, and then there's nothing left for Larry Legend to achieve.