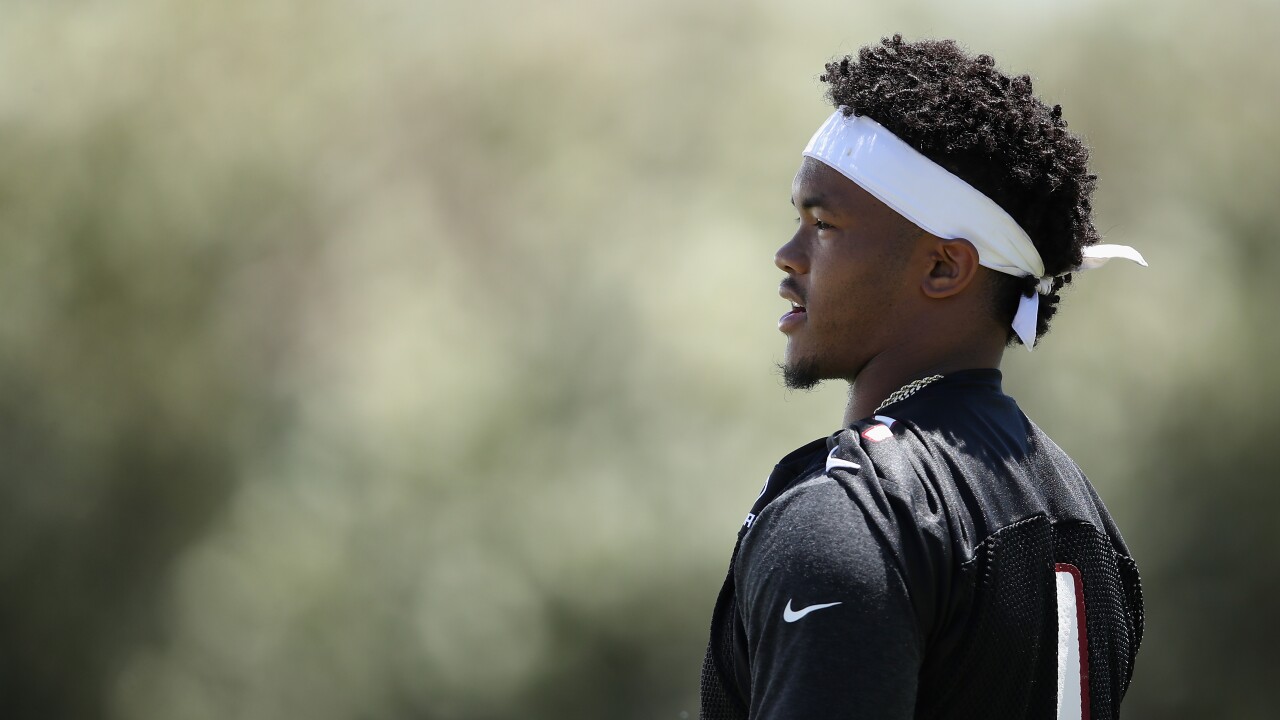 GLENDALE, AZ — With NFL training camps just over a month away, Kyler Murray says the sky is the limit for him personally, and this Arizona Cardinals team.

The second-year quarterback doesn’t like making predictions or doing much talking, but he’s quickly finding his voice in the league and the locker room.

“Just being around the guys for this past year, me knowing them, them knowing me,” Murray said. “I think all of that helps.”

There hasn’t been much of a chance to build camaraderie this offseason with the lack of in-person workouts and meetings, but that will change this weekend for the Cardinals offensive skill players. Running back Kenyan Drake dropped the news on NFL Network’s Good Morning Football Thursday morning.

“Kyler is inviting all the offensive skill players out to Dallas this week and we’re going to kind of come together,” Drake said. “It’ll be the first time we actually came together as a unit since everything kind of unfolded before OTAs started. So I think it’ll be good camaraderie for all of us to come together, and Kyler was gracious enough to invite everybody out there, you know, big money Kyler.”

According to Pro Football Talk’s Mike Florio, Murray invited 20 teammates to Texas for the get-together that will take place Sunday to Wednesday. It will include workouts on two practice fields, as well as team bonding events like bowling and Top Golf. Murray planned all the travel and arrangements for his 20 teammates and will pick up the bill, which will cost more than $40,000 according to Florio. Hence, Drake’s new nickname for his QB.

On a conference call with the media Wednesday, Murray described what every successful team he’s been on has had in common.

“The best teams I've been on have been tight. As far as relationships, doing stuff on and off the field. I know it’s the NFL, I know it's a little different. Guys have families to go home to and stuff like that. You can't hang around in the locker room all day, but I feel like we got a pretty tight group. Guys trust each other, guys know each other, [we’re] very familiar with each other.”

There hasn’t been much roster turnover for the Cardinals this offseason, with players or coaches. That will help ease the transition from year one to year two for the reigning NFL Offensive Rookie of the Year. So will the addition of DeAndre Hopkins, whom Murray will throw to for the first time in the coming days.